Celebrate Trump: In this thread we celebrate the Trump victory with the rest of the world

You know, this whole "Make America Great Again" thing just might be alright.

I admit I'm getting all sentimental and teary eyed.

posted on Nov, 10 2016 @ 10:34 AM
link
It would seem that the nations that support Trump are those that have very authoritarian regimes. The free nations aren't exactly overwhelmed at him winning mainly because of how dimwit kept saying how he was going to change trade agreements.
World leaders react to Donald Trump's US election victory

originally posted by: jjkenobi
Trump earned 42% of the women's vote. And that was against another woman!

That woman is a traitor to this country. A lot of my women friends, gay friends, black friends voted for Trump. They know, they are awake. It is good to see.

He really is a great man and if he does even 2% of what he has promised our country will be better for it. and that 2% will out do all the so called benefits Obama ever thought he gave.

Give this guy a chance and let's support him in the presidency.


"He is mischaracterized by the media.
He has a big heart, and we know that."

I need someone telling me that everyday.
Don't give up, no matter what, don't give up.

Well, I'm not gonna give up.
I'm going to make my life great by working hard and doing everything I can to change for the better.
I got a long way to go, but I just won't give up!!
I'm gonna get sick of victory, but I'll just have to deal with it!!

Are you ready for the "YUGE" Trump Presidency Reality Show live from the White House?

Will he continue to piss off Hollywood by using the Air Force One (1997), Jerry Goldsmith theme when ever he appears. Maybe have "The President's Own" United States Marine Band play after the 4 Ruffles and Flourishes; Hail to the Chief?

originally posted by: buster2010
It would seem that the nations that support Trump are those that have very authoritarian regimes. The free nations aren't exactly overwhelmed at him winning mainly because of how dimwit kept saying how he was going to change trade agreements.
World leaders react to Donald Trump's US election victory

Those leaders in Europe that are terrified are the same ones RUINING Europe.
They have been destroying the culture there, turning it into a complete mess politically and economically.
The EU is struggling under their leadership.

This conservative movement from the everyday citizen will sweep the EU soon and bring in a new era, and these "leaders" are shaking in their shoes because they know their # is up next.

Things are going to change, a lot of these insane policies hurting average people will be revoked.
I realize that is very scary to many unrealistic uneducated people. But in a few years they'll eventually see that this movement has even their best interests at heart. We'll all prosper by sticking to principles, ethics, and morals.

originally posted by: Nikola014
a reply to: mikegrouchy

Can confirm we love Trump.

Over 90% of the people here support him.

I've been reading your posts and noticed the great support you gave to Trump.

posted on Nov, 10 2016 @ 11:24 AM
link
President Trump! I gotta tell you I pass his childhood house everyday on my way to work and looked at it thinking damn, this is where he 's from, he could really do this. With his plans on rebuilding our country and me being in construction, it's only a natural fit for me. I mean really, out of all the early candidates, nobody had anything of substance to say to the people including Clinton. If not for the media bias, the popular vote would've been a landslide. My only problem is with rates expected to rise and rise high might put a damper on my plans to buy a second house in 4 years. Can't have everything.
Trump

posted on Nov, 10 2016 @ 02:17 PM
link
im so glad to be part of this forum and to read about the positive messages about Poetin and other world leaders. But keep in mind that the game aint over just now.

The elite might have lost the battle but they are still at war for domination.

Clinton might be finished but the elite organisation that runs this show is still there and i bet they are making new plans to corrupt, lie, kill, to get what they want.

The game is still on, they won't just give it all up after atleast 60 years of working out there program, keep that in mind.

Im from Belgium ( Europe ) and it is crystal clear that the european politicians are NOT happy with Trump elected... Germany, Belgium, France,.. all expressed there negative feelings in the news, they are scared for whats next.

It did not suprise me ! It shows clearly that the European politicians are also playing the elite Agenda. It is no secret that the politicians in Europe, including Belgium, are corrupt to the highest level.

It amused me when i watched them shiver one by one on the news, but it also kinda scared me. Belgium ( member of the NATO ) recently sended thousand's of military's to the close borders of Russia... other military actions like huge drills, relocations, etc.. have been taking place the last couple of months. Some generals also stated that they fear the treath of Russia (?)

And now with Trump elected, there is the fear of losing the protection of America when a conflict plays out.

Im keeping a positive mind ! I really was sure that Evil Hillary would win.. Rigged to the core...

But it happened, a new chance for the world, a new hope for a few steps towards peace !

And im glad to share the fleeling with ATS !

I love you guys !

Greetings from Belgium
edit on 10-11-2016 by Convincedotherwise because: (no reason given)

posted on Nov, 10 2016 @ 02:28 PM
link
From the UK I would like to offer my heartfelt congratulations and thanks to the American people for electing Donald Trump.

The man went up against everything, his own party, the reigning President and his party, the banks and the media itself and still came out on top. A truely remarkable achievement.

Like many left wingers I rooted for Bernie early on, after the rigged DNC nomination against him, and then Bernie's betrayal of his own supporters to endorse the extremely divisive, pro-wallstreet, pro-war and generally repellant person of Hillary Clinton I lost a great deal of respect for the man.

I'm not going to lie, I was genuinely terrified of the prospect of a Hillary Presidency, since she seemed absolutely hellbent on instigating an unwinnable, genocidal war of aggression against Russia by attacking their allies Syria and Iran. In addition she represented more of the same failed system, more division, more wallstreet interests and continued globalism.

I hoped for a Trump presidency explicitly because of his anti-establishment stance, his (apparent and supposed) care for the American working and middle classes and the extreme opposition to him from the established order and their media puppets, but above all else to prevent the suicidal, psychopathic warmonger winning.

While I had hoped that Jill Stein would receive a far greater turnout than she did, I remain hopeful of a Trump Presidency, indeed the reaction from the Kremlin implies US-American relations have great opportunity for improvement.

Finally I regard Trump's win as part of a general rebellion against the established order in the Western World. First Brexit, now Trump, and in 2017 the Anti-EU parties are set to take power in elections in Europe. Things look quite bright from where I am sitting.

So again, thank you and congratulations America, you beat the system

(Though I do remain of the opinion that if the DNC had gone with Bernie who would've sweeped this thing)
edit on -060002pm11kpm by Ohanka because: (no reason given)

Let's celebrate! I knew he was telling the truth! So...The media is whacked...and the election was RIGGED! There you go...he said it was! All hail the King!*

*(played to the strains of "All Hail to the Chief")*

*FOOTNOTE: Please no hate replies. Obviously, this was my sarcasm based on this now proven truth as spoken by our country's future representative. Just think about it. He said it, not me!

**FYI: Still...now he's in? As Americans...we need to support him. Its what we are supposed to do, and we should, and I will as well. MS

The rigging that the Uber elite, the globalist and the Media tried just didn't work because people got out in force and voted. We knew this would be the last time America would be free if we didn't.

It just goes to show you can gin up the media, the universities and the opposing parties, but in the end the people made the choice in the right direction totally against al the forces that wanted Hillary to continue our national destruction.


originally posted by: jjkenobi
Trump earned 42% of the women's vote. And that was against another woman!

That woman is a traitor to this country. A lot of my women friends, gay friends, black friends voted for Trump. They know, they are awake. It is good to see.


Oh yeah?
Let's see what they have to say about that decision in 4 years.

Yep. I sure saw many, many more voters in the polling stations this time around. I think America is finding its voice again...and people have been listening....

So what does that mean? " Globalist Excesses ", here is a more specific list. 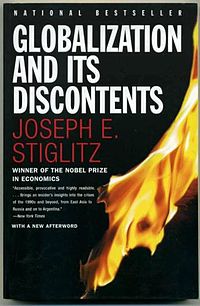 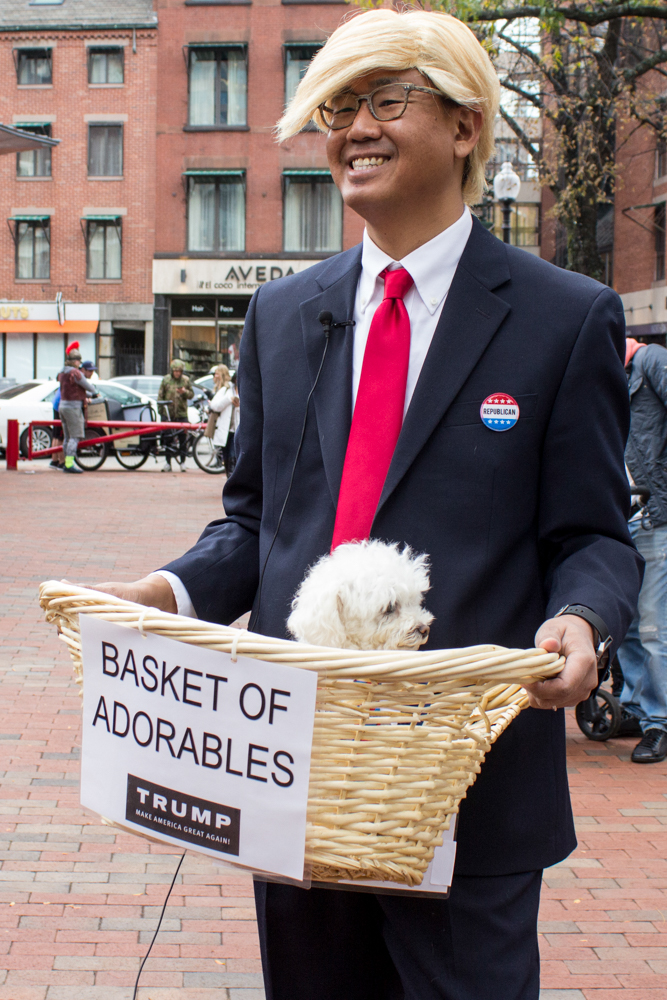 President Elect Trump isn't even in office yet, and we already have a confession of the Globalist Agenda. That's ahead of schedule and under budget. What else have conspiracy thinkers been saying all along, that is also true?


Not only do many people support Trump in Poland,
they feel really betrayed by the globalists agenda
of unchecked immigration flooding Europe and destroying culture.
edit on 21-11-2016 by mikegrouchy because: (no reason given)