The Most Upsetting Thing About This Election - Grocery Bags

originally posted by: mikell
I wish Michigan would ban them they are everywhere except where they are suppose to be.

I live in MI and I do not see plastic bags everywhere. Unless you go into a crap ghetto area.

Back in the day, people used these things. It's like we are regressing back to the stone ages.


If that was the 'Stone ages', what do you call this: 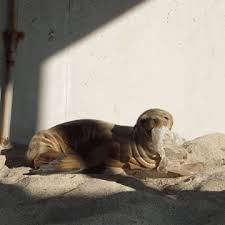 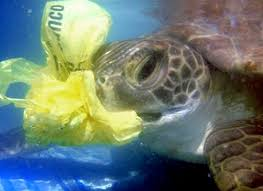 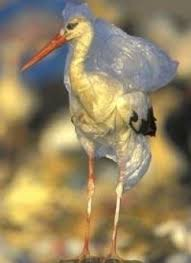 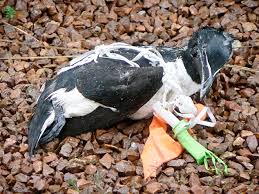 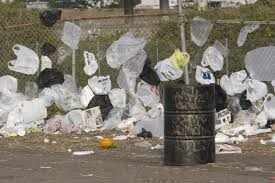 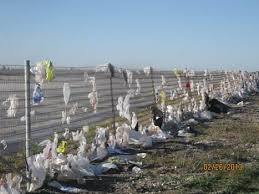 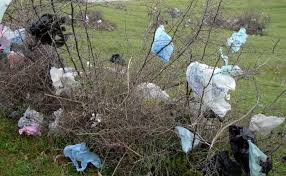 Progress???? My god, quit complaining. People obviously cannot be responsible with their disposable bags so the people voted to make it more difficult to use them....not illegal.

Even the wildlife is upset with CA...NOT. Whatever will Californians do? Pay the .10 cents and clean up maybe?

HDPE plastic bags can be made with an additive that causes them to degrade when exposed to sunlight. Perhaps a far better solution would have been to mandate that all plastic grocery bags contain this additive instead of banning them.

So here's what you're getting for your plastic bag ban:

-Higher carbon emissions and more energy use due to the increased resource cost to produce paper bags compared to plastic bags.

-Higher cost to consumers who have to now either pay a surcharge or fork over money for reusable bags, which on average require over 300 uses before they make up for their cost (most people will chuck them and buy new ones long before that according to the studies published).

-Potentially increased rates of obesity due to the reward effect.

-Higher healthcare costs due to increased rates of foodborne illness and obesity.

-And ABSOLUTELY NO CHANGE in the amount of litter produced.

originally posted by: AnarchoCapitalist
California voted to ban plastic grocery bags. Seriously, this is infuriating. Now I’ll have to lug a bunch of reusable bags around or pay a 10 cent surcharge for each paper bag. I can’t believe a majority of people in CA voted for this nonsense. This also means I’ll have to make double the trips back and forth from my car to my apartment every shopping trip, since paper bags don’t have handles which allow me to hang numerous bags off each arm. It’s just an all-round pain the ass.

I use plastic grocery bags for all kinds of things. Of all the things environmentalists could do - - - this is the most stupid.

So, now we cut down more trees instead of using a petroleum product?

Just what I need, personal shopping bags to clutter up my car - - more then it already is.

I doubt that would happen ,it means a person can kill themselves in comfort now, for reasons yet to be determined.
I always will FIGHT it as I believe we are mean't to live.
I am kind of tired of friends doing it,warriors who blame themselves for their leader's folly, because of their piece of it,ONLY to be fueled by social attacks from our own government and the left,THAT was a great success for the liberal movement, 22 men and women killing themselves PER DAY as THIS COUNTRY means that much to us.
MORE war pigs dead,bravo.


Now I’ll have to lug a bunch of reusable bags around or pay a 10 cent surcharge for each paper bag.


For the past few months here (Sacramento) we've been having to pay that 10 cent surcharge on plastic bags as well. Was that not the case for you?

If it wasn't for my ridiculously large family (I help out with parents care home) then I would just carry in a tote bag and be totally cool with that. Logistically I usually just end up paying a bunch of 10 cent surcharges.

Yeah our bags were free. I'm out in the IE.

Remember to wash those totes after each use!

The long-form ballot summary was as follows:

A 'Yes' vote approves, and a 'No' vote rejects, a statute that:

Prohibits grocery and certain other retail stores from providing single-use plastic or paper carryout bags to customers at point of sale.
Permits sale of recycled paper bags and reusable bags to customers, at a minimum price of 10 cents per bag.

The shorter ballot label summary was as follows:

A 'Yes' vote approves, and a 'No' vote rejects, a statute that prohibits grocery and other stores from providing customers single-use plastic or paper carryout bags but permits sale of recycled paper bags and reusable bags. Fiscal Impact: Relatively small fiscal effects on state and local governments, including a minor increase in state administrative costs and possible minor local government savings from reduced litter and waste management costs.

Seems clear, if a person understands voting related words such as: approves, rejects, statute, Prohibits, permits
edit on 11/9/2016 by roadgravel because: (no reason given)

Permits sale of recycled paper bags and reusable bags to customers, at a minimum price of 10 cents per bag.

(1) To cover costs associated with complying with Proposition 67.
(2) To cover the costs of providing the recycled paper or reusable bags.
(3) To provide educational materials encouraging the use of reusable bags.

Proposition 65 would allocate the revenue into a new state fund, the Environmental Protection and Enhancement Fund, which could be expended to support drought mitigation, clean drinking water supplies, recycling, litter removal, wildlife habitat restoration, beach cleanup, and state, regional, and local parks. Stores would not keep the revenue from a state-mandated sale of carryout bags.

Should Proposition 67 pass and Proposition 65 be defeated, then revenue from the state-mandated sale of carryout bags would go to stores to be used for covering costs and education.

Apparently that's asking too much of the average voter to understand.

posted on Nov, 9 2016 @ 12:27 PM
link
If 67 passes and 65 passes then the stores either covers the cost of the newer bags or requires shoppers to bring their own bag which could affect sales?

Prop 65 failed. Looks like stores gets the money. Expect 10 cents for a 5 cent bag.

originally posted by: Tardacus
Take a big plastic trash bag with you to the store,fill it up and carry it over your shoulder like santa claus does

or better, take small trash bags with the handles on them,after you use them to carry your groceries in you can still use them for trash.

I wonder how people carried groceries before plastic bags were invented?

In an oft washed cloth lined pull behind cart. I have one. The kids ridicule me. In turn I dont buy them snacks or chips. Win Win Im originally from New Orleans and we never had bags other than grandmas huge purse, moms cart, or our hands. Most stuff was sent home wrapped in newspaper. Every so sanitary. LOL! I hoard those darned plastic bags like a miser.. the kids also make fun of that too. Gotta puke, heres a bag. The grandson has a poopy diaper? Here's a bag. Getting the leaves up.. here's a million bags. Dads snoring? Here's a bag. Million and one uses for them.

posted on Nov, 10 2016 @ 02:45 AM
link
a reply to: AnarchoCapitalist
Well I'm in Canada, but these new climate change rules are everywhere now. I think plastic water bottles are also going on the list, no more bottled water.

Plastic bags weren't the norm back in the 70's , it was brown paper bags. Then plastic came out, which was so cool! Lol

Everything we've become accustomed to is becoming obsolete.

In 10 years we'll be saying we used to smoke cigarettes with filters in them until they added up how much room the butts took up in the landfill, so we had to switch to no filters or pipes. I just made that up as a silly idea, but it wouldn't surprise me. Many everyday items are going to be gone

originally posted by: roadgravel
If 67 passes and 65 passes then the stores either covers the cost of the newer bags or requires shoppers to bring their own bag which could affect sales?

Prop 65 failed. Looks like stores gets the money. Expect 10 cents for a 5 cent bag.


It doesn't affect sales. The Canadian superstore and extra foods has been charging for the bags for years. It's a budget food store, people who shop there are mostly low income and won't pay for bags and bring their own. It started off you bought their plastic totes or rubbermaids, then they supplied the cloth bag , but I mostly see people just push the cart full of stuff to their cars, then they must have to carry this stuff in their house in several trips?

I hated going there because they kept asking " would you like bags?" Then you bag it yourself which also sucks, so this all makes people say to hell with the bags

Hey, democracy could be a great thing with a truly educated and enlightened populace... unfortunately, that does not seem to be part of the plan since someone figured that an uneducated, unenlightened populace would be easier to control when they bombard us with psychological warfare, propaganda and disinfo, and easier to seperate us from our money when they target us with psychologically fine-tuned marketing/advertising "techniques" (mind control, all of it, by way of information control).

But someone forgot to think about what it would be like to live in a world full of numbskulls, or they just figured it wouldn't matter as long as they can shelter/insulate/shield themselves from the masses. If they didn't try so hard to dumb everyone down, especially the US, then we could have a near-utopia and everybody could be happy. But that would mean someone giving up some of the control and power they have over vast swaths of humanity, and power is addicting, and since there is nobody to watch over the powerful, there is nobody to help them with their addiction.

The funny thing is, i bet with all their power, they aren't even very happy people at all. Power addiction is insatiable. Just like any addiction, there can never be enough. There may be small bursts of happiness, but followed by long bouts of misery. Just holding on to the power is a full time, stress filled job. That's probably another reason why our world is so messed up. The most powerful people are miserable, unenlightened, run ragged with stress, filled with hatred and envious of someone they percieve as having More power than they... and everyone knows, misery loves company.

Sorry I know this isn't really what your thread is about, but it's about the faillures of democracy, which wouldn't be so bad if everyone weren't so goddamned stupid lol... You should find out where a neighboring state's store gets their plastic bags and order a box of however many thousand, and do as the law is recommending you to do: bring your own bags to the store. Are they just illegal to have the stores carry them, or will you as a citizen be fined or arrested for buying and using your own?


Take a big plastic trash bag with you to the store,fill it up and carry it over your shoulder like santa claus does

Why would you fill up a garbage bag to the point of it splitting?

I wonder how people carried groceries before plastic bags


Million and one uses for them.

Even good for hiding those tattoos on your avatar