posted on Aug, 16 2016 @ 08:49 PM
link
It's no coincidence that outsiders have convened in Milwaukee, Trump is speaking there tonight...

I wonder if the violence will be in check as it was last night, or will we have more chaos to drive the MSM news tomorrow?

Soros is an intolerant hater, always has been. He is a classic example of what is wrong with the world and him bankrolling another hate group falls well within his portfolio.

He is also a vehement supporter of Hillary Clintons campaign and as we all know, he relishes in human suffering so as to push his agenda of deconstructing nationalism and supplanting in it's place a reliance on the mega-state.

I looked for it but can't find it yet.


but here is another goodie.

Why is Team Hillary taking money from anti-Israel Soros?


If you judge people by the company they keep, it’s fair to question Hillary Clinton’s commitment to Israel. That’s because one of her biggest money men, George Soros, was just exposed as heavily funding groups dedicated to slurring Israel as “racist and anti-democratic.” Last weekend, Soros’ Open Society Foundations was hacked and its confidential reports published on an anti-Jewish Web site with links to Russian intelligence. The disclosures show Soros gave $10 million to groups whose aims include delegitimizing Israel, pressuring governments to sever ties with the Jewish state and attempting to undermine its Jewish character.

originally posted by: JacKatMtn
It's no coincidence that outsiders have convened in Milwaukee, Trump is speaking their tonight...

I wonder if the violence will be in check as it was last night, or will we have more chaos to drive the MSM news tomorrow?

Trump is 2 hrs late so far.

posted on Aug, 16 2016 @ 09:11 PM
link
Soros is an opportunist and a sower of discord. He openly stated that he wants to destroy the sovereignty of independent nation states.

This "one world government" globalists like Soros promotes and actively works toward isn't going to be benign like the Federation from Star Trek. Imagine a world where another Hitler rises to power, but without sovereign nations to stand against him.

Hey hillary, how much does it cost to make you do what I want?

He called it first and looooong ago.

He funds BLM, he busses in all of the anti-Trump protesters, and has a whole crew of professional protesters on his payroll.

I am sure there are people on this site that get a taste of Soros money,

He's donated 25 Million Dollars THIS ELECTION CYCLE to Hillary and the DNC.


"Since the November 2015 Paris attacks," the proposal states, "the French Government has maintained a State of Emergency granting extensive powers to police. These powers are being applied in an arbitrary, abusive and discriminatory manner, particularly against Muslims (or those perceived as such), targeted mainly on the basis of their presumed religious practice, without evidence of their involvement in a criminal offense."

Publicly available tax filings reveal that Soros' Open Society Institute gives tens of millions of dollars to domestic activist groups in America involved in mobilizing local citizens for such protests. The Washington Times reported last year that Soros gave at least $33 million in one year to activist groups that were behind the protests that took place in Ferguson, Missouri, following the fatal 2014 shooting of Michael Brown by a police officer.

Soros is the 2nd Largest Donor to the Clinton campaign. This needs to be accounted for by the DNC.

So he is inciting protestors to protest through financial gain so all those who like to sit on their pedestals and judge others ...will do just that.......who woulda thunk

Weren´t there flyers found on refugees that told them how to reach middle europe, flyers that were lead back to a Soros "NGO"?

Hasn´t this evil creature everywhere his fingers in the game where he can create chaos, suffering, death.
Maybe he eats the souls of his victims...

Of course he is funding radicals... Him and other progressive elites who want to totally destroy western civilization, and turn all western civilizations into third world nations that would be easier to be controlled by these elitist thugs like Soros.

Here is my take on this, BLM threatens to shoot police and on certain ocassions already have. BLM has caused riots (Not protest, there is a difference between a riot and a protest.

To those Defending Blacklives Matter
If you are terrorizing your neighborhood, you are in fact creating terror. Hence why BLM are terrorists.
BLM is funded by Soros,(which sources in the OP have officially and undeniably confirmed! It is the same Soros that distabalized Ukraine in the EXACT same way he is trying to do here in the United States. In ukraine, they managed to put in their own puppets which distabalized the region even more.

These are the facts, and many have been pointing this out waaay before the sources became officially recognized, but many of us who pointed it out were ridiculed or silenced. A "I told you so" here is intended to those who denied.

Add the Migration "crisis" /Trojan horse to the mix, and you have a full fledge coup. Who knows how many have infiltrated the U.S in the past 2 years through governmental stealth flights?

"Like a theif in the night" and the same way as it happened in TROY, they will get us while we are sleeping. (Perhaps that is why they (the elites) mention the term "at the stroke of midnight" in many allegories throughout the movies they feed into our minds.)

One thing that Turkey proved, is that a coup detat is possible within ANY nation. Should we be so naive and trust the very people who are performing this coup on us?

WAKE UP, the invasion is here, and BLM is only part of it. Don't forget that the U.N is also part of their armada. If we dont wake up to this reality NOW and inform people by exposing these traitors and criminals, they will get us while we are sleeping.

Is there any doubt right now about the New World Order?
I don't trust Trump, but atleast he is waking people up to the reality of the new world order. I give trump the benefit of the doubt.


Don't forget, You HAVE been warned about the Vicious Snake.

Soros is every bit as big as a terrorist and a threat as Osama Bin Laden was. He is doing the same crap in Europe, he wants to take down the west.

I know... everyone is accused of being the anti-Christ.
But so far, I think Soros might fit the prophesies closer than anyone else so far.

posted on Aug, 17 2016 @ 07:53 AM
link
Question for everyone, I read up on Soros just so I understand exactly who he is. This is a serious question so that I understand what he expects.

What is he hoping to get out of donating money to the BLM fund?

What is his game plan?

I get caught up in reading so many space articles haha that I am completely clueless on other topics.

Please quote my post so I can read the answers. Thanks guys!

Two Videos will answer your questions better than I can put in words.

Editing to add the deeper connections:

You need to understand that this tactic actually goes back centuries, but the ones who were well known for it were the Jesuits. Adam Weishchaupt, creator of the order of the illuminati back in Bavaria, was taught the ways of the Jesuit order. you could say, the Jesuits and Illuminati are one and the same. Its really the same group passing down information / doctrines throughout centuries within the web of secret societies. Tracing and comparing the events throughout history, will help you see and lead you to the events happening today which ties into blm, and other groups. It is not just BLM, it is also Celebrities, Media, Banks, Feminism etc. They all play the same role, on a much larger scale than most people can imagine.

It is a vast network trying to bring about an agenda, a one world order through the destruction of the old world order.

Understanding all of this will give you a very deep perspective on what is really going on in the world. You need to identify the patterns throughout history from past to present. The truth is Unlocked by identifying the patterns.

Wow i have a lot of stuff to watch. Thanks for the detailed reply. I'll report back later today.

originally posted by: SullivanBlack
a reply to: SoulSurfer

Wow i have a lot of stuff to watch. Thanks for the detailed reply. I'll report back later today.

It may seem like alot, but in reality I told you nothing, compared to what is out there.

The image below ( using an example allegory: the normal internet vs the Deep Web. Which can be applied to What we think humanity as a whole knows (or Knowledge accumulated by society) vs the real amount of knowledge hidden away "underground.". This is why it is a very Vast network. 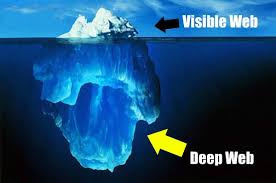 I told you so far, the elites end game, but the whole of the endgame. I invite you to continue on digging. (Seek and you will find.)

Be warned however, once you unlock the mother (literally) of all mysteries. It may keep you awake at nights.

But BLM, and these attacks happening around share a deeper connection. Watch closely at the alliances of these people, and stay vigilant.