originally posted by: DJW001
The responses to this thread prove what Trump himself said: he could stand on the street corner and shoot people and his supporters would still be behind him.


Why is that? Because he cashed a check made out to him?

That's just a little bit different than shooting someone in the street you know.

But, what of us who aren't Donald Trump supporters? - kind of deflated that whole sentiment..

And good quote, you're actually coming back to some legitment talking points.

Is it a reading comprehension issue or a math issue? Out of 58, only 26 cashed the original checks. Spy sent smaller and smaller checks out until only two bothered to cash the one for thirteen cents. Why did Trump cash it and the others, who also had a staff, did not?

Seriously has the left run out of ammo that now they're shooting marbles?

Oh and really stooping down to insults?
edit on 4-7-2016 by ksiezyc because: (no reason given) 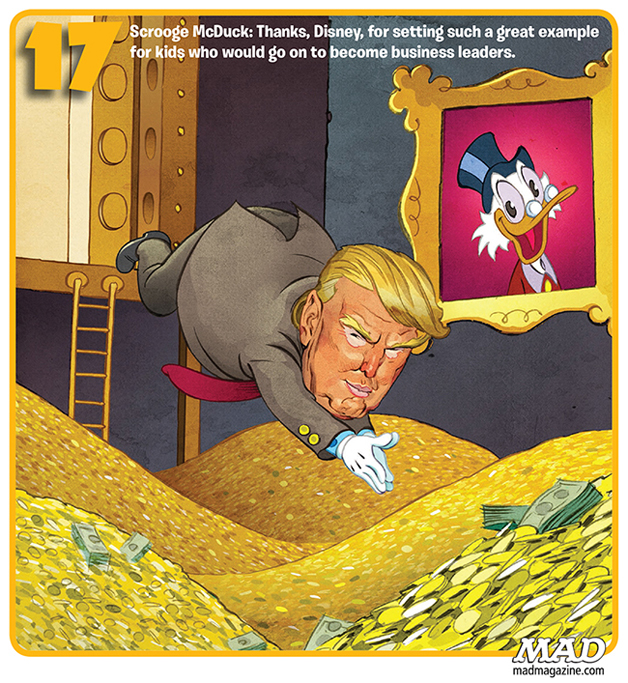 Actually, it is there, but thank you for pointing out I forgot to include a link.

posted on Jul, 4 2016 @ 06:33 PM
link
a reply to: DJW001
It doesn't suggest increasingly smaller amount of people, just two instances of sending checks and no mention of it being to the same people.

originally posted by: Vector99
a reply to: DJW001

Why would anyone not take money, regardless of the amount, money is money.

Are they authorized to sign his name on the back of a check? It was made out to him, personally, not his corporation. That was the whole point to the exercise.


Yes they are, it's usually also just a stamp, not an actual signature by the way. 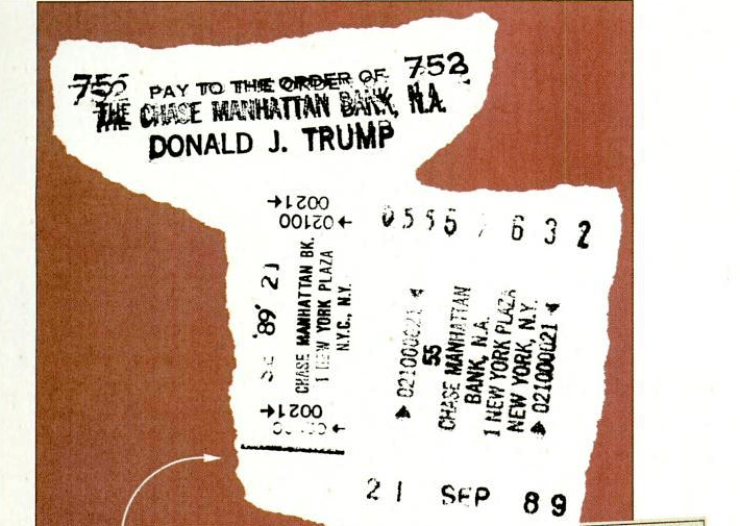 I am also pretty sure it is mostly an automated process. The few people that saw the check most likely saw it as more trouble then it was worth NOT process it, as there would be more accounting and paperwork involved.

Not a Trump fan myself, but this whole thing is just stupid. Anybody with even a little bit of business knowledge would know how checks would be processed in large business. I can guarantee the check was sent to one of his businesses and not to any mailbox box Trump personally uses.
edit on 4-7-2016 by Dreamwatcher because: Spelling

originally posted by: ksiezyc
a reply to: DJW001
It doesn't suggest increasingly smaller amount of people, just two instances of sending checks and no mention of it being to the same people.

I think the OP is just picturing Trump checking the mail and seeing the check, signing it, and driving to the bank and cashing it.

Nope, not how that whole thing works at all when it comes to businesses.

This one construction job I had, big commercial jobsites, once in a blue moon the owner would come tour a big site, and there was a couple guys this one day they'd throw pennies around inside the building ''in front" of his path trying to see him pick them up. I didn't get to see him do it, but they claimed he was known for it.

I did / learned some good pranks for the day to day at that job. This one guy, a fellow smack talker, I started getting real sick of his # so one day I got him with this prank I had heard about there was the "Panduit Strap on the Driveshaft" prank:


Its the best, once they get going it sounds like a tin can machine gun.

"Panduit" is the AC duct guy term for the extra large zip straps used to fasten flex duct pipe onto the hard ducts.

It's best to put a little duct tape over the strap to keep it from 'swooshing', likewise to cut the hanging strap portion down to about 10".

On many vehicles, like the Ford vans Ive done the only good spot to even get it around it is right next to the muffler, which enhances the effects.

Of course my first victim with this one knew what it was, which was part of the fun. It's even better for the unsuspecting victim they think their ride the wheels are going to fall off LOL
edit on 4-7-2016 by IgnoranceIsntBlisss because: (no reason given)

every penny counts these says.

To a billionaire? Oh, wait, he does keep declaring bankruptcy... maybe every penny does count for him.

originally posted by: ksiezyc
a reply to: DJW001

Wow. Just wow. Sycophantic much? I hope that you're joking but I'm pretty sure that you're not; which is scary.
What makes it even scarier is that you have no idea how scary you are.

You're right about one thing though, how to "think" is not something you really know much about.

posted on Jul, 4 2016 @ 06:46 PM
link
Where's the evidence that Trump walked into a bank and cashed the checks? I don't see it, because in business checks go to the accounting department and then deposited or cashed. Chances are Trump never even saw the check. If someone sent me a check for $0.13 I would deposit or cash it too, right along with the other checks I deposit. Money is money whether I was number 2 or 26 on a list.

LOL the anti-Trump folk. They have nothing more

LOL the anti-Trump folk. They have nothing more

The fact that the pro-Trump people are seemingly obsessed with trashing this thread speaks volumes.

hey any penny that is returned as was as the subterfuge a responsible business puts it back in the bank. common business practice.