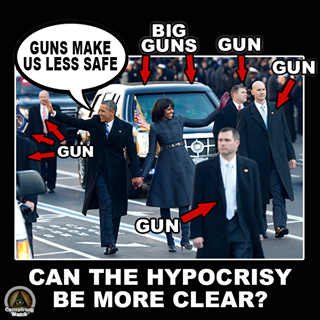 Sixth Biennial Meeting of States on the Programme of Action.

Anti-gun globalists will meet in New York City this week discuss ways to confiscate small arms and ammunition from civilians and to consolidate monopoly control over those weapons in the hands of the governments of United Nations (UN) member states.

The convention is part of a UN-controlled process of disarmament called the Programme of Action (PoA).

From June 6-10 delegates from around the world will attend the Sixth Biennial Meeting of States (BMS6) of the PoA.

This latest planning meeting will give delegates an opportunity to move the ball closer to the goal of ridding the world's civilian population of the small arms and ammunition that could challenge the ability of UN-approved governments to carry out the will of the world body.


Why is this a global initiative?

Arent sovereign nations the ones in the best position to decide whats best for their own countries?

IMHO, the globalists really thought that theyd be able to push thru a lot more agenda items due to Obama's perceived popularity.

They were terribly wrong.

But he did get the healthcare mandate passed and officially turned the US into a war zone via the NDAA, where citizens no longer have Constitutionally protected rights.

Fortunately, they werent able to take away the guns.

I know a lot of people argue that the agenda has never been about "gun confiscations", just "common sense" regulation.

Law makers would disagree with you.

We live under the Constitution, not UN policies. They can want to do whatever, but it doesn't mean that it will happen here in America.

The UN is a waste of time and money, and I wish that they would move it off-shore to a different country.

They are actively involved with the lawmakers who try and chip away at our second amendment, I would say that constitutes a legitimate threat. Only one day left, and the half of them will probably fly off to Dresden for the Bilderberg 2016 meeting going on now.

Let us pray for more failures on their part.

posted on Jun, 9 2016 @ 01:53 PM
link
Let them do what they want, the American people will not be down for confiscation. Maybe in the cities but definitely not anywhere else....they will run out of cops before we run out of bullets.

I believe that is a universal allergy lol! Sometimes it is the only medicine we have against authoritarians though

It doesn't matter how many laws Washington criminals pass against gun control, they will never get our guns. Never.

UN mandate or US Constitutional right?

It still has to be ratified by the Senate...and pass Constitutional muster...not to mention the voters responses.

Good luck with that!

The UN is powerless without the support of the US. Much as people hate that idea, it's plain unfettered truth. Nothing like this is going to get past the Security Council veto that the US holds.

Much more worrisome would be a measure in Congress that might approach having enough votes to get out of committee and onto the floor, and into the hands of the President. You know, those "reasonable" laws that so many harp on about.

posted on Jun, 9 2016 @ 04:23 PM
link
a reply to: gladtobehere
more people will die trying to take our boomsticks then just letting us keep em for our freedom and beliefs, if you really believe giving up your firearm will make the world safer, you sir, have no brain.

posted on Jun, 9 2016 @ 05:04 PM
link
Isn't this the thing where its basically about export and importing guns and ammo? so an american wanting to buy an american gun will have zero changes and those who love to import different stuff might have an extra delay or two but one the average firearm dealer knows what boxes need ticking i'd doubt any US citizen would notice much difference

For this country, the plan now is to arm all the alphabet agencies, and import troops from elsewhere, since they failed to take our guns.

You know what's interesting...the fact that the UN meeting is about the illegal small arms trade worldwide. And this meeting has been going on since 2001.

They had the same meeting in 2014 which you can read about here...

I guess actual research was too hard when you can just complain saying they are trying to take our guns.

Again it has to do with illegal trading of small arms not taking your legal guns away.

Sure its about illegal guns,but certain guns are legal here are illegal elsewhere correct? SO technically this could be skewed to actually impose a confiscation to please the countries where the US arms are illegal.

Its all about the dodgy illegal trade not you walking down to wally mart and slapping a dozen guns and a trailer full of ammo in your trolley which is all perfectly legal.

Its illegal to have a pig in Israel (iirc) but theres nothing stopping anyone else outside of Israel having a bacon butty is there due to it being illegal there?

and if we went with a lot of the Roman based legal systems where it needs to be declared legal before its ok you'd be shafted as i do remember there was a thing where in Italy the internet was illegal as it hadn't been approved and thats why the British empire and later the US did so well as we work the other way around in that everything is legal unless ruled illegal.


Sure its about illegal guns,but certain guns are legal here are illegal elsewhere correct?

This is a meeting to try and curb things like this...

And many more like these are what they are discussing...they care less about your legal guns.

SO technically this could be skewed to actually impose a confiscation to please the countries where the US arms are illegal.

Where are American arms illegal, because those selling them are doing it illegally which is what the meeting is about.

In fact here you go... explained