originally posted by: Hazardous1408
a reply to: neo96


Opinions on conspiracy website about how bad Trump is ?

A dime a dozen.


OK....Trump could still win the election without support of minorities but not with out the women.


Even my old 80 yr old Baptist, Republican, right wing, Texan mother hates Trumps guts. As does her bridge club and the other blue hairs in her retirement complex...I asked them. They all know Trump pays women less than men....Clinton could win with this little faux pax alone!!!

Something just doesn't sit right with me after reading and watching that. Ms Tur begins by lamenting just how very difficult it is to get any formal info out of the Trump campaign. She then goes on to say that 'insiders' tell her x,y and z from inside the campaign and of course it's all bad news for Trump.

I cannot find any actual verifiable source confirming what Ms Tur has suggested that there may be an ethical mutiny among the lower ranks of the Trump campaign?

Either way, I doubt this will have any adverse effect on his current position with voters, it's fairly clear that bar some fantastical event which propels either nominee into an unbeatable win, I'd bet that almost everyone anticipating on voting have already made up their mind, or at least as to who they are NOT voting for.

That's a lawyers association not the Latino advocacy group.


OK....Trump could still win the election without support of minorities but not with out the women

Trump wasn't my first choice or second or third or fourth or fifth choice.

But he's a damn sight better than TWO.

Trump critics need to remember this though.

The harder you go after him ?

The only thing your doing is making more voters that will vote TRUMP.
edit on 6-6-2016 by neo96 because: (no reason given)

originally posted by: xuenchen
Trump's edge is the fact that many if not most Bernie supporters won't vote for Hillary.

When push comes to shove, the Bernistias will fall in line with the rest of the party.


They won't be voting for Clinton...they will be voting against Trump.

I have some serious money to wager on this race....want some of the action amigo?

I don't even have a horse in this race....I'm all in for Gary Johnson....sorry about the mixed metaphors. It's just the way I roll 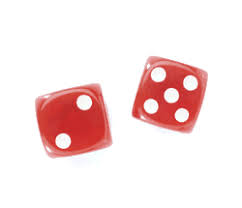 If its MSNBC, its probably BS.

Or at this point, does it even matter?

No.........after Tuesday..........its Clinton all the way; from here on out is just window dressing. She's the media favorite and that's how the votes will be counted.


The harder you go after him ? The only thing your doing is making more voters that will vote TRUMP.


That does seem to be the crybaby mantra. The polls tell a different story. Trump is maxed out and heading for a political bankruptcy. He's used to it by now though.

posted on Jun, 6 2016 @ 11:34 AM
link
The strange thing is that Trump if he didn’t continually pay the racist card may be able to beat Hillary.

Its strange is Trump this dumb or is he secretly a Hillary shill?

He seems to be doing and saying everything to loose the race.

He seems to be undermining himself.

originally posted by: theantediluvian
a reply to: neo96

Considering all the mexican flag waving, and people being beat down in the streets.

What's any of that got to do with what Trump said ABOUT THE JUDGE IN HIS TRUMP UNIVERSITY CASE?


Are you really this dense or are you just playing dumb? The judge is a member of a racially exclusive lawyers group called La Raza who support illegal entry in the US. La Raza is a racist group who want to conquer parts of the US for mexico. These people are heavily involved in the violent protests and surely among those waving Mexican flags. Since Trump is their biggest opponent, it seems unfair for the presiding judge to have clear biases against him.
edit on 6-6-2016 by TheBulk because: (no reason given)

That judge puts his own ethnicity above the LAWS of this country. 'Latinos Lawyer Association'.

That's just a sample that took me all of about 3 minutes to put together. These sorts of professional associations are quite common and have been around forever.

The fact is there's no evidence of the judge being in any way biased against Queen Trump let alone acting in an unethical manner. All I see is Trump doing what Trump does, whine whine whine.

How do you think that whining is going to play on the world stage?

"Russia is mistreating me!"
"North Korea is treating me so unfairly!"
"Those Iranians are such haters! It's so unfair!"

Trump is the universal victim. If the judge is acting unethically, why aren't his "great" lawyers who "are the best" acting on it instead of Queen Trump using his national platform to pull the race card?

Trump is being supported explicitly BECAUSE of his unapologetic non-PC ideas.

His staff doesn't have to vote for him if they don't want to.

The rest of us will.

All those group there ?

Had quota's placed on them early on in American HISTORY.

It's way past time 'LATINO' got treated like Europeans, and Asians, and ever other group.

Oh the Other hand.

It really just bugs the hell out of me I have to press 2 for Irish when I'm on the phone.

originally posted by: neo96
a reply to: TonyS

If Trump had of even run a semi moderate campaign instead of the hateful divisive one...he could have had a chance but he blew it. Perhaps that was the plan...

Where do you point the finger...Trump brought it all down upon himself; he knows it and will soon bail.

Some will, some won't. However it's clear that Trump will not get the Latino/Hispanic vote nor the Black vote nor the Women's vote and then there's the Never Trump GOPers. I feel less nervous about a Trump presidency.
edit on 6/6/2016 by Kali74 because: runaway comma

Are you really this dense or are you just playing dumb?

Do you ever get tired of being wrong? Not the same group. They're not even affiliated.