Gucci Mane is out of the clink.

posted on Jun, 3 2016 @ 02:41 AM
link
Didn't see that anyone posted that Gucci Mane is again a free man. Literally the first day out of prison and he drops a single. Already out on Soundcloud, iTunes, Amazon, and Spotify.

If you don't know him, he is the trap god, the Guwop himself, cooler than ice cream. So cool he has the ice cream cone tattoo'd on his face. This is the guy that dropped tracks on other artists albums via cell phone whilst in prison (which is illegal I might add). 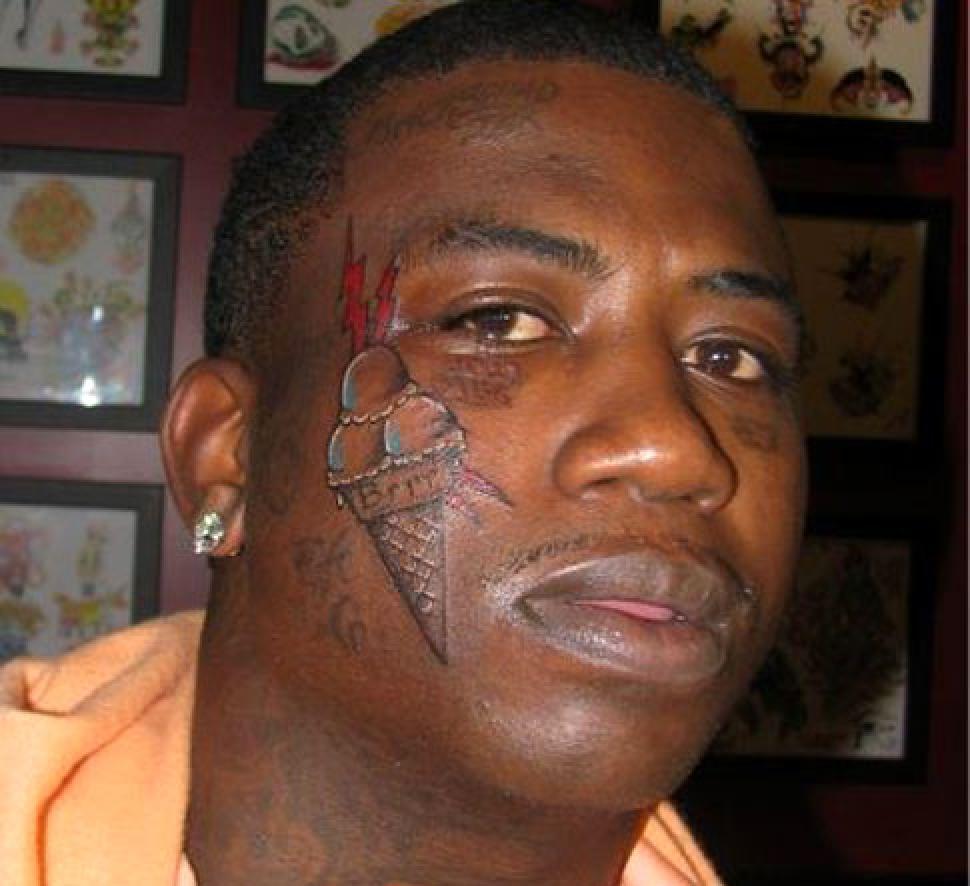 I am proud of the Guwop, he enlisted producer Mike Will aka (Mike Will-Made It) to cut his first free world track. Mike Will is hot on the scene producing for various artists including Miley Cyrus.

He first got busted for assault, while in jail he caught a murder case which was later dropped with a self defense claim. He had various felonious charges stemming from his aggravated assault charge. He was later convicted of possession of firearms as a convicted felon which resulted in his most recent prison stint.

Personally, if you have done the time you should have all your rights reinstated immediately. If it isn't enough time to satisfy the State then please add more time. This slow dragging game the State plays keeps people going back to the pen which I find reprehensible. Of course that topic deserves its own thread...

He went in out of shape but came out a monster with a tight six pack. He hit the studio one hour after being released. He is the Guwop. You may see many rappers claiming to be in "the game", well Gucci Mane is the real deal. More real than Snoop would ever be.

If you don't like rap or trap music please avoid this thread. Just wanted to let people know who remember the Guwop that he is back.

Here is his notes for his first cut. 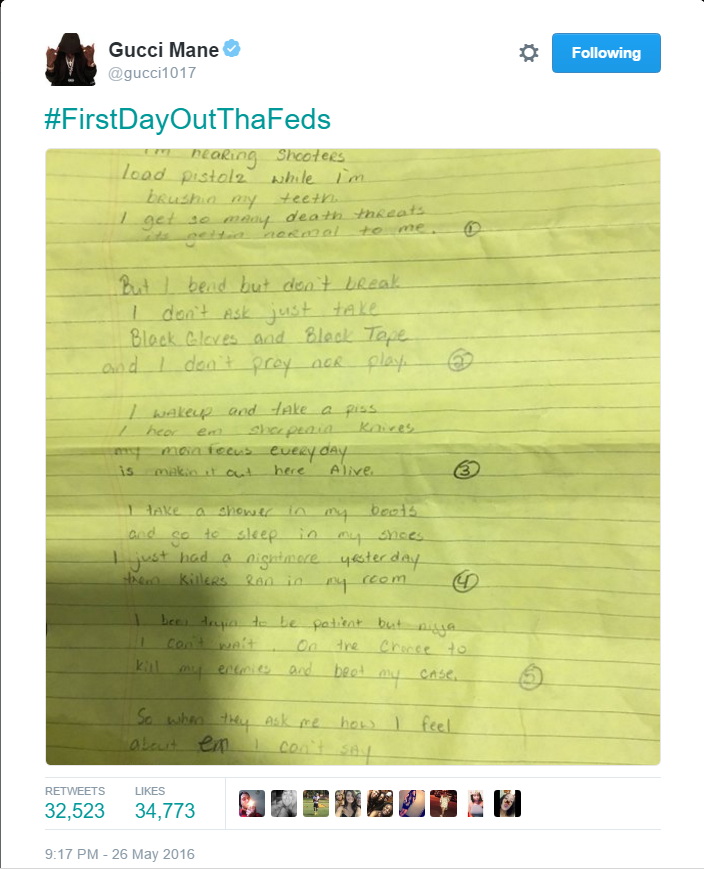 Ahh Gucci mane... What a fun artist to obnoxiously blast from your car stereo and harass the commoners to. I remember those days with such gratitude and happiness! It manifests a feeling of much melancholy upon my current meager existence.

Oh to go back to the days of old... If only for a single night

Also, yeah, people shouldn't be put in legal chains after serving their time (in most cases).

[self censored] whilst listening to Gucci Mane this weekend but I would be perma banned from ATS.

His new rips are better than before, I am loving this new track.

You simply cannot put down a good quote without being banned for life...

I was playing it mild but decided to back out slowly just in case. Had to censor myself.

You know what I am up to. Its going to be a long weekend.

posted on Jun, 3 2016 @ 05:05 AM
link
This fool is one of the reasons Hip Hop is dead!
Firstly his artist name is so whack i wanna hit myself everytime i hear or see it. Secondly he sucks!
F this new generation


originally posted by: Annunak1
This fool is one of the reasons Hip Hop is dead!
Firstly his artist name is so whack i wanna hit myself everytime i hear or see it. Secondly he sucks!
F this new generation

i like guccis tracks, well his older ones, not so good these days.

he just another dumb ass enterainer that drinks too much purp!

not someone to look up to, but beats are nice.

Remember the beef between him and Jeezy? How about that time Young Jeezy put a "bounty" on Gucci's chain and sent hitmen to go get him?


Gucci and Jeezy started beefing over the rights to their shared 2005 song “So Icy” when Jeezy decided to put a $10,000 bounty on Gucci’s chain. Five men—including Jeezy’s best friend, Pookie Loc—decided one night to try and serve out that bounty.

While Gucci was hanging out with a stripper at her house, they stormed the residence. Gucci got up and took them all on. When the smoke cleared, Gucci was still alive, four men were seen fleeing the house, and Pookie Loc was dead. His body was later found half-buried in the woods near a middle-school.

originally posted by: Annunak1
This fool is one of the reasons Hip Hop is dead!
Firstly his artist name is so whack i wanna hit myself everytime i hear or see it. Secondly he sucks!
F this new generation

Would gladly sacrifice 10,000 gucci manes, young thugs and chief keefs to beelzebub to get another big pun album. This kinda stuff is so uninspiring and played out its not even funny.

posted on Jun, 3 2016 @ 11:23 AM
link
What happened to that news story about him getting raped in prison? I guess they just wanna sweep that under the rug to keep his credibility up. I hope he can sit down right

He beat that murder case. That is the stuff legends are made of.

originally posted by: cj6
What happened to that news story about him getting raped in prison? I guess they just wanna sweep that under the rug to keep his credibility up. I hope he can sit down right

He is too high profile to be in GP, he probably did his whole stint in protective custody. That is usually what happens in the State pen but I am not sure about the Federal pen.

Guwop is not a sheep he is the wolf. The people raping him were female prison guards probably.

posted on Jun, 3 2016 @ 02:32 PM
link
I can't stand most of the buckdancing bojangling skinny jean new rappers, but I will admit I love me some Gucci Mane. I'm not a huge fan of trap music but I can respect Gucci as one of the originals. I also like his rhyme patterns. He also can drop a few good lines... "I stay high like some giraffe p*ssy." Being from Atlanta originally, I just got to give Gucci his props for his grind.

I hope he has gotten his life together. He is a legend.