What Did The Snowflake Ever Do To You?

page: 1
22
<<   2 >>
log in
join
share:
LesMisanthrope
+4 more
posted on May, 28 2016 @ 06:02 PM
link
“From the shadow of domes in the city of domes,
A snowflake, a blizzard of one, weightless, entered your room
And made its way to the arm of the chair where you, looking up
From your book, saw it the moment it landed. That's all
There was to it. No more than a solemn waking
To brevity, to the lifting and falling away of attention, swiftly,
A time between times, a flowerless funeral. No more than that
Except for the feeling that this piece of the storm,
Which turned into nothing before your eyes, would come back,
That someone years hence, sitting as you are now, might say:
"It's time. The air is ready. The sky has an opening.”


― Mark Strand, A Piece of the Storm

Besides name-calling being the basest forms of propaganda, since when did “snowflake” become a reasonable pejorative to any self-respecting human being? I happen to love snow, so it troubles me that every time the supple yet crystalline word graces a sentence, it is used to describe a person with less-than-noble character.

It certainly isn’t because the people described are unique or have a delicate symmetry. Given the conformity and crookedness of the tendencies described, they seem to possess the exact opposite of those qualities. We end up insulting snowflakes more than anything else. What did the snowflake ever do to you?

And since when did it become fashionable to use beautiful words which usually describes beautiful things to speak about ugliness? I must have missed something. Maybe it is a result of post-modernism, or some strange hipster irony, where we use the most diaphanous words to describe what is most coarse.

A tribute to our arbitrariness, I suppose. It is just as meaningful to call someone a leaf or a wave or a gust of wind. I don’t follow; but it seems a matter of common sense that in moments when we lose our honor, and calling people names is our last resort, a more apt, more meaningful and more descriptive term could be used, so that our reason doesn’t disappear with our dignity. Maybe something with a little more bite to it, at least so it no longer sounds as if our arguments, and now our insults, have becomes as soft and as weightless as a snowflake.

They are called snowflakes because when they fall they do not care about you, they just fall and land wherever.

However if you so much as breathe on a snowflake it will never be the same.

It's a legit comparison.

posted on May, 28 2016 @ 06:14 PM
link
My probably less than perfect understanding of what you're saying is, why is "snowflake" being used in a negative way, when in reality, there is a baseness and sameness to bullies and negative individuals, and snowflake is actually a term that gracefully defines individuality.

That we are not the same, we are not ONE, we should not be blending everyone from good to absolute evil in one giant blender and turn out grey drones.

When it comes to snowflakes, we're all special little snowflakes! Actually more like 10 000 X superman if we grow up, though you and I don't agree on what soul is, it doesnt matter!
edit on 28-5-2016 by Unity_99 because: (no reason given)

So we'll soon have a Snowflake Liberation Movement and be told that if we call people "snowflakes," then we're racists.

Snowflakes are fragile, delicate and sensitive to everything around them.

Name calling (as such you mentioned) is an audible output self- rating of a person's intellectual scale.

I also fail to understand the apparent vilification of the term "social justice warrior" is social justice not something we should all inherently strive to achieve? What am I missing?

The snow flake got together with a bunch of other snowflakes and created snow. I had to clean it off my driveway. That is what the snowflake did too me.

if "badness" is associated with name-calling, then most people will stop, because they don't want to be considered "bad". 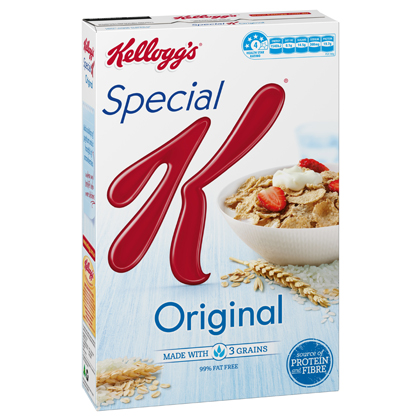 Some of you are^^

I also fail to understand the apparent vilification of the term "social justice warrior" is social justice not something we should all inherently strive to achieve? What am I missing?

Let me give it a try. Your average SJW is protesting pretty much anything. It doesn't matter what it is. All that matters is that it is a "cause," and usually (but I don't think exclusively) a left-wing one. (e.g. you could probably plug in the militias here) So when SJWs no longer have a war to protest about, they'll decide to protest climate change by burning SUVs. The key point is that it doesn't really matter what you protest, as long as you derive your meaning of life from protesting. I'll give you an example. I have a friend who has dedicated his entire life to legalizing a certain substance. The guy is brilliant. He has a Master's in Psychology. He's a dedicated DeadHead and I suppose knows more about Jerry Garcia than anyone, but the fact is this has been his cause for his entire life, and he's now 70. He's a very good SJW.

the whole idea is that the government is bad. Corporations are bad. White males are bad. Straight people are bad. These people, SJWs, can't live without a Badness(tm) to protest against. They feel justified, proud, and better than anybody else because their activities are so very righteous. And of you don't believe exactly like they do, you are the problem. In my Vietnam Era day it was "Power to the People. Smash the State!" Now it's "Kill anyone who doesn't believe Climate Change is bad."

It's all the same tune.

You know what?? thanks for your insight, I had the feeling that when some ppl make derisive use of the term SJWs and snowflakes they are referring exclusively to folks with Lib/Progressive POV who are activist, and no matter what the cause they are labeled snowflakes, but in all honesty I find many on the opposite side as whiny lil bitches when things doesn't exactly goes their way.
Orin Hatch for example did a preemptive dismissal of Obama candidate in an oped that was released by mistake before he had even met with.

GOP Senator Says He Was Unmoved By Meeting With Merrick Garland Before Meeting Actually Happens
www.huffingtonpost.com...

Now off course Orin is a big guy in politics so maybe he a special K corn-flake however many on the street level or on line are just as corny just not special.
edit on 28-5-2016 by Spider879 because: (no reason given)

And that's all I gotta say about that.

Snowflakes are unique and precious - no two being quite the same. They usually arrive in abundance with little or no warning and when they do, people get cold and react by warming up.

and we all know what happens to snowflakes when the heat comes on don't we? That's right, their molecules suffer excitation and they disappear.

Such is the nature of all snowflakes both human and water.

Anyway, it's the crazyflakes you need to worry about, they're this new type of phenomenon where they have usurped the snowflake bandwagon, put a V8 in it with a bigger exhaust and more boost and are currently seen and heard screaming around Uni campuses in a fit of rage encouraging violence wherever opinions differ from their own.

As always, interesting. But needs a little more straight talk to define the reference.

I always figured it was because snowflake-callers (the thin-skinned/easily offended people who call other people snowflakes) think that "snowflakes" feel they should be treated as special and delicate - like a snowflake. The irony, of course, being that it comes from people who get knee-bucklingly offended about others getting offended.

Ridiculous on all sides, and the behavior of snowflakes and snowflake-callers should be embarrassing to themselves. Unfortunately, both sides are too busy being offended by the other to bother sopping up the mush which was once their spines.

Personally, I guess I'm a snowplow. I can just lower the blade and continue moving forward, even when someone unconnected to me is offended by something. Doesn't phase me, couldn't care less. I feel like snowflake-callers are even more spineless and sissified than the snowflakes they are so offended by.

What a joke. I wonder what percentage of us are blessed enough to be neither.