The Essence of Dogs and Cats Determined

posted on Apr, 12 2016 @ 06:45 AM
link
After much late night thought, and now some early morning keystroking, I’ve determined the basic, facts of the differences between dogs and cats. Now rest assured ,the possession—I can’t honestly say “ownership”--of either one of these types of animals reflects directly back on that person, but it sure can be indicative if one so wants to poke into the psychological innards of that person as compared to their hairy companion they almost consider a soul mate.
But back to the reason for the thread: It can be simply stated, if not argued over for decades, that DOGS ARE LOYAL LOVERS and it goes almost without saying that cats are of a different breed altogether. CATS ARE DEDICATED USERS. --There it has been said. Let the world know….

If this revelation of species differences gets transported into a dog’s ear, it will wag its tail, smile, and go to sleep at the owner’s feet. If a cat gets informed of the news, perhaps by slyly reading a computer screen, they will go secretly mark something in the house and then coyly rub against the provider’s ankles. Not as a showing of love, but in an effort to get a special treat that their owner’s likely and frequently provide as a satisfying substitute to a personal craving of their own for something special like ice cream or chocolate.

So basically, it can be said that dogs like to be fed. Cats like to be treated as something special.

Any comparison between these two animal types with the differences between men and women is pure conjecture and sure to draw the wrath of half a dozen “rights” groups of one type or another.

The easy distinction between dogs and cats is as follows:

You feed the dog, clean the dog, love the dog. The dog thinks you're God.

You feed the cat, clean the cat, love the cat. The cat believes it is God.

posted on Apr, 12 2016 @ 06:55 AM
link
The main difference between cats and dogs is that cats naturally have a very high sense of self esteem while dogs are dependent on continuous praise and approval from their human companions to feel good about themselves. Cats are born knowing they are related to the King of the Jungle and you can see it in their attitude and behavior. They are never quite tame and that is one of the things that makes them desired human companions.

So, men are loyal and loving and women are cold, manipulating gold diggers?

Nice analysis and write up - might I ask what spurred your inquisitive mind on this subject?

Surely you can continue this approach to tell us about Reptiles that are pets? Birds, ferrets? The possibilities are out there

They're hard work compared to cats: exercise, attention, cleaning up after etc.

And after spending the day running around after them, what do we get as a reward? Slobbered all over, guilt-tripped into sharing our dinner and the second-best place on the sofa.

The treatment meted out by cats looks pretty attractive in comparison

posted on Apr, 12 2016 @ 08:09 AM
link
The difference is cats were bred to keep the living spaces free from vermin and dogs were bred to hunt. One is bred to companionship, the other to individual agenda.

The pet owner modifies that somewhat to their own particular desire or ignorance.

And after spending the day running around after them, what do we get as a reward? Slobbered all over, guilt-tripped into sharing our dinner and the second-best place on the sofa.


LOL I can confirm that. 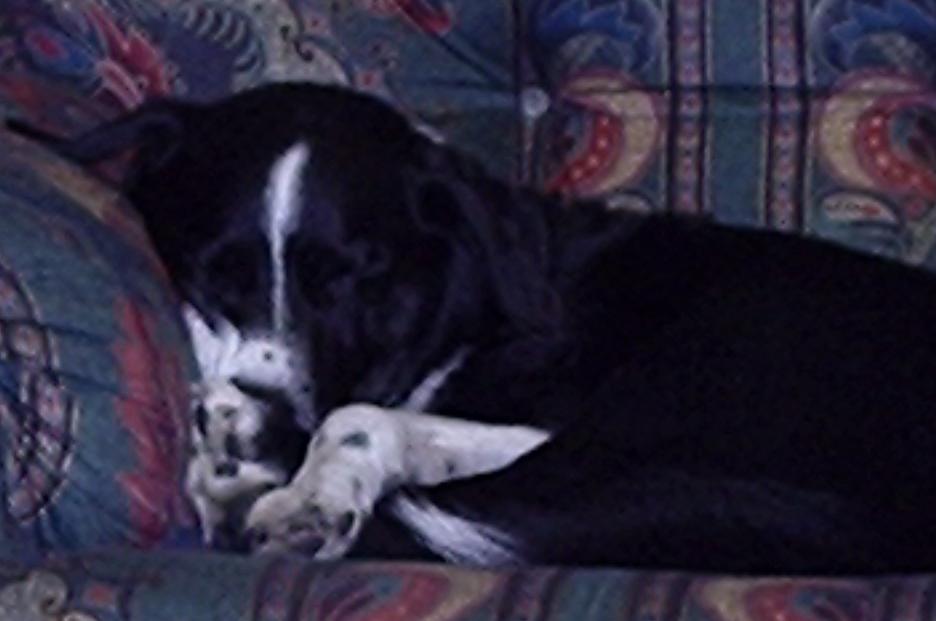 Oh, now I want to give him/her a snuggle and a treat.

Really, how do they do that? Every time

However, the best explanation of cats is explained by Rudyard Kipling in his story "The Cat That Walked by Himself". If you have never read it, then do so...

It's basically a story of how (wo)man domesticated animals. The dog became the "first friend". The cat always remained aloof and was fated to always "walk by himself". Cat never quite managed to become domesticated.
edit on 12/4/2016 by paraphi because: (no reason given)

⬆️ Some small dogs can be lumped in with the cat attitude as well. I have 2 large dogs, an Akbash and a Lab/Bernese. Loyal, loving, everything good ever said about dogs.

I also have a Shihtzu/King Charles cross.
Thinks he's King Shiht. Acts a lot like a cat. He does like to be by my side a lot, but grumbles about anything that perturbs him. Including me, depending on his mood.

I have both right now, and I have to say I currently prefer my dog. She loves me. She doesn't bite my calves every morning, or swat the bowl out of my hand when feeding her.

posted on Apr, 12 2016 @ 11:12 AM
link
a reply to: tothetenthpower
Can members give mods applause ? I have both a yellow lab and an orange long-haired tabby . You nailed that answer.
Let the dog out - will stay right by your side the entire time
Let the cat out - disappears for perhaps days.


I thought it necessary to come back and explain that I haven't had a dog in decades, but I do have for several years an outside cat that has adopted me as its feeder. A daughter has two long-lived cats that have lived with me and I care very much for them. So, I'm not anti-cat as some may think. I was just having a bit of fun, after all ATS is not exactly rip, roaring with exciting tales and info these days.

Cats are much less intelligent than dogs. This is why they can't be taught to 'sit', 'shake' and such. It's not because they are so smart and savvy they are above doing a human's bidding. They are not intelligent enough to learn these simple tasks.

Because they are such 'tabula rasa's", they become the perfect blank slate for whom the owner may project his own character. All these things cat owners say "he's thinking this" "he's looking at me like this", well, sorry. All that is coming from YOU. Not the cat.

I won't further defend these findings because I know how much you love your cats.

So, I just leave this as "just sayin'.

originally posted by: paraphi
I am not a cat person. I don't appreciate the damage to wild-life.

However, the best explanation of cats is explained by Rudyard Kipling in his story "The Cat That Walked by Himself". If you have never read it, then do so...

It's basically a story of how (wo)man domesticated animals. The dog became the "first friend". The cat always remained aloof and was fated to always "walk by himself". Cat never quite managed to become domesticated.


I'm going to read the Rudyard Kipling story.
I've always been somewhat of a loner and have always been more comfortable this way... I am a cat person and relate to cats on a that level. I am a loyal servant to my cat, but I don't think he just uses me, he knows his very presence whether he gives me attention or not gives me great joy.😃

Are cats really ET creatures of great, superhuman intelligence? I think so. Some people need to be warned about alien cats that get dropped off by their UFOs transporters to find a good human to retire with. “No more chasing mice on Mars, baby, fat city (Earth) here I come!” --I heard a cat say that once when I was DXing on shortwave radio a few decades ago.

Cats live off of us. Even when they are with you in your home, they are living off of you. On their terms. Always. Well, exception the rare unusual animal that doesn't know how to cat.

Its hard to argue, at least for me, that dogs are not much more warm and loving than cats. But cats creep me out, and im not really very fond of them at all.

I've often given some thought as to how the relationship between Man and Wolf/ Dog originated and I think it goes something like this:

One night a group of hunters are gathered round the campfire cooking some meat and a passing wolf, probably a young one, notices the aroma.

So the wolf creeps into the camp, catches the eye of the softest-looking hunter and gulps a bit, salivating a little for good effect.

The said Soft Touch tosses a piece of meat to the wolf who can barely contain his joy. All waggy tail and gratitude. This gets the desired approval from the hunters and the wolf starts to feel accepted.

So much so that he curls up in front of the fire to go to sleep. Probably blocking off the heat from whoever is sitting behind him.

The next morning the wolf wakes to find the hunters packing up to go hunting for the day. Cor, this looks like fun. So the wolf trots off with them The first ever walkies.

Once they spot some prey the hunters start lobbing spears at it. And the wolf goes haring off to retrieve the spears or the kill, excitedly waiting for the next throw. The first ever game of fetch.

After a hard day's play the wolf happily settles down with his new pack, who all now want a wolf of their very own.

And there we have the beginnings of the basic elements of our relationship with wolves/dogs.

I think Man had to pursue cats to persuade them to live alongside us.