'I was struck with multiple blows': inside the secret violence of Homan Square

posted on Apr, 11 2016 @ 01:28 PM
link
The Guardian (website news) has obtained some documents about the famous Chicago Police "warehouse" known as Homan Square.

Police (allegedly) bring prisoners (arrestees) there and don't tell anybody, resulting in secrecy and no lawyers, and possible physical interrogation methods.

The Chicago Police Department is currently under federal investigation(s) for alleged brutality.

The Homan Square building is "officially" headquarters for the organized-crime bureau.

The article is long and has lots of details.


'I was struck with multiple blows': inside the secret violence of Homan Square

Internal documents from the Chicago police department show that officers used physical force on at least 14 men already in custody at the warehouse known as Homan Square.

Police used punches, knee strikes, elbow strikes, slaps, wrist twists, baton blows and Tasers at Homan Square, according to documents released to the Guardian in the course of its transparency lawsuit about the warehouse. The new information contradicts an official denial about treatment of prisoners at the facility.

The injured men are among at least 7,351 people – more than 6,000 of them black – who, police documents show, have been detained and interrogated at Homan Square without a public notice of their whereabouts or access to an attorney.


edit on Apr-11-2016 by xuenchen because: battons and batteries

Kind of like Chicago's own little Gitmo. Maybe Rahm Con can take a queue from Dear Leader and close it down.

posted on Apr, 11 2016 @ 01:51 PM
link
And this election season is a battle between people who want government to be this big at the federal level. After everything we've seen with the CIA water boarding, Abu Graib prison, Americans being killed in drone strikes, and other crimes against the constitution, and now individual police departments operating their own black sites... I just don't get the people who want to make government, at any level, larger and more powerful.


It's going to be an interesting decade or two as we watch this nation become the gangster government paradise similar to Russia after the end of the Cold War.

Was the Organized crime bureau organized by community organizers like Obama?

Government needs to be kept on a tight leash. When we snap it, they come to heel. And when they don't, they cower in the corner.

OP, great expose opportunity here. Im gonna have to spend time digesting the whole thing. Im familiar with the story....but now that there are details I think its time to dig in.

Big military, big government.
edit on 11-4-2016 by MystikMushroom because: (no reason given)
extra DIV


And yet ... you are one of the biggest proponents of

Big Government on here. Day after day, you advocate for more of it with more control over all of us at every level.

Why hasn't your head exploded yet? extra DIV


That could very well be what we as a nation end up with.

Chicago fits the profile and some other cities as well.

This Homan Square scandal will fit into Obama's planning I think.

And you and folks of your political persuasion have no problem spending trillions of dollars an an inflated and bloated military budget to quote, "protect America's freedoms!"

originally posted by: xuenchen
What's the format problem all about ?

We broke the system with our total awesomeness. You, me and Ketsuko.

Thanks for leaving me out man.

We so seldom get into that discussion.

There are places the military budget could be trimmed.

My personal plan is to trim 10% from every department across the board every year until we are running in the black. Then we look at priorities. It so happens that military is a COTUS priority where some other things are not.
edit on 11-4-2016 by ketsuko because: (no reason given)

I'm a huge fan of the constitutional rights of criminal suspects, but have you seen the crime problem in Chicago?

I'm sure that some of this was warranted, to a certain extent, but I certainly don't condone the behavior, nor the cost to the taxpayers that will result from the class-action lawsuit against the city.

But have you seen the crime rate in Chicago???


My personal plan is to trim 10% from every department across the board every year until we are running in the black. Then we look at priorities. It so happens that military is a COTUS priority where some other things are not. 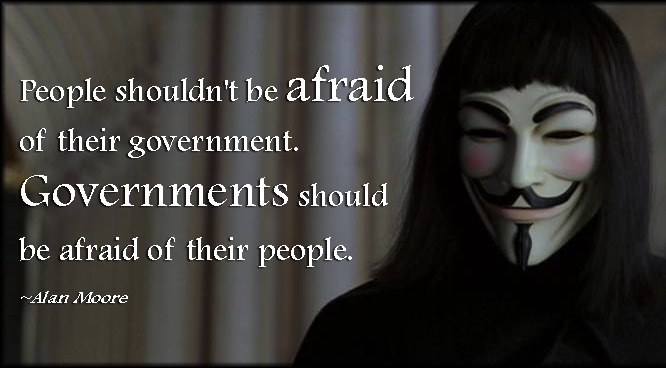 761 shootings as of this morning.

Looks like the Chicago government is well aware of that doesn't it.

What's kind of sad is that Spencer Ackerman reported on Homan Square in February 2015 and by all accounts, not much has changed there. I recall Tracy Siska from Chicago Justice Project saying at the time that even though they published the report, they didn't suspect anything would change because people just don't care enough. Looks like they were right.

The cops have beat you up rooms. Ive seen them. At least in Richardson Texas anyways.