posted on Apr, 4 2016 @ 10:39 PM
link
First off, this is of course 100% conjecture. I just came across some information, and it struck me as "interesting" given the cloud of speculation about the DC Madam's list of clients and employees.

For those who do not know, HERE is a link of the current news about a 2007 Washington, DC prostitution ring.

Now, in the last few days since the lawyer, Montgomery Sibley, issues an ultimatum to the courts, lots of "info" has come out.

To clear up confusion, Sibley has NOT released any "new" information yet. The list of names and phone numbers he wants to release are NOT on the page of numbers floating around online. That page originated on 4chan or reddit, and it is NOT part of the NEW information that is "relevant" to the 2016 election. The actual information that Sibley has put online with a "Dead Man's switch" is contained on thousands of phone records. The page being circulated has been spread via 4chan, reddit, and the Twitter #CruzSexScandal. People think THAT page is the "proof" against Ted Cruz, but the REAL information is not released.

The one page of a random phone record alleged to be the Madam's is nowhere near all the information that will be released. It doen't even include names or any points of reference. It may be part of the original case against the prostitution ring, but it is NOT the infomation he is currently trying to release. 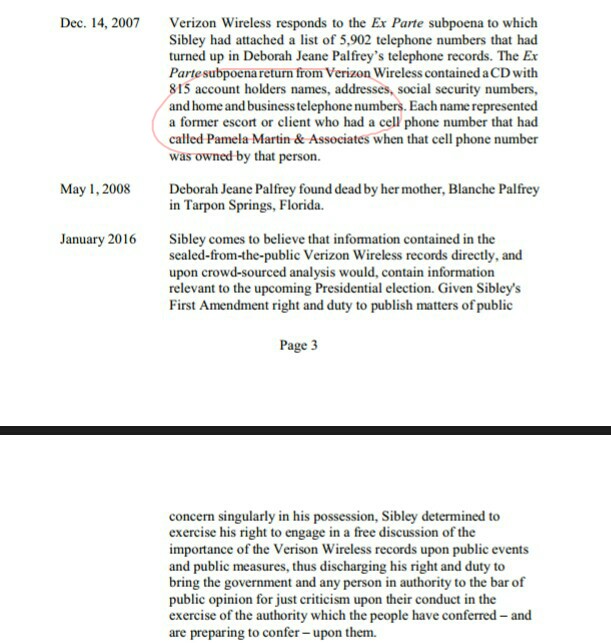 (Also note that, again, the one page released does not contain enough info to be real.)

If you go back and read actual articles from the time the scandal broke, there are a lot of potential clues. I came across this interesting bit... 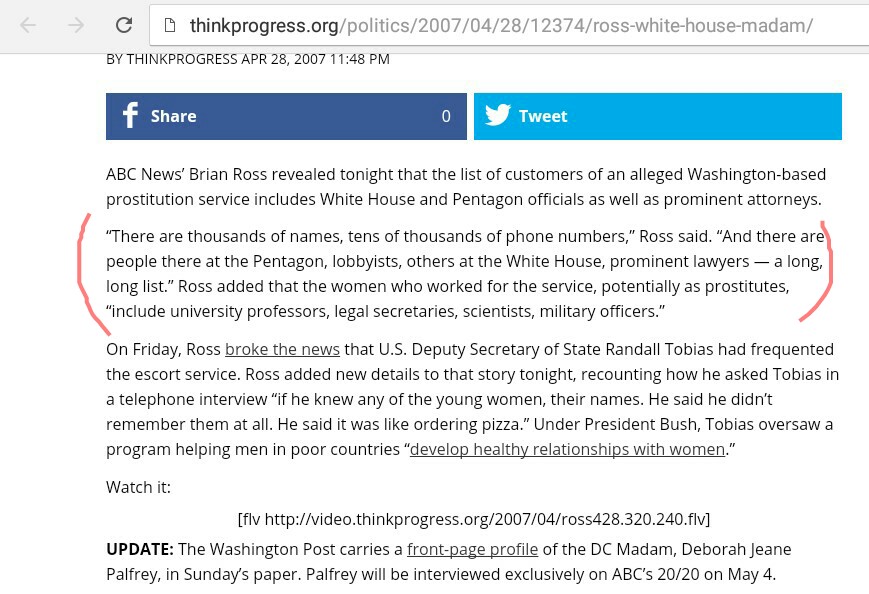 Here, you can see that originally, it was disclosed that many prominent names of all sorts of profession were clients. It also says that the escorts might very well be professional, successful women and not strictly "prostitutes/hookers" too. The "DC Madam" Jeane Palfrey actually claimed that she was not involed in prostitution. She says it was a business of "fantasy"...and that she just helped the elites "hook up" if they had similar sexual tastes...for money (lol). 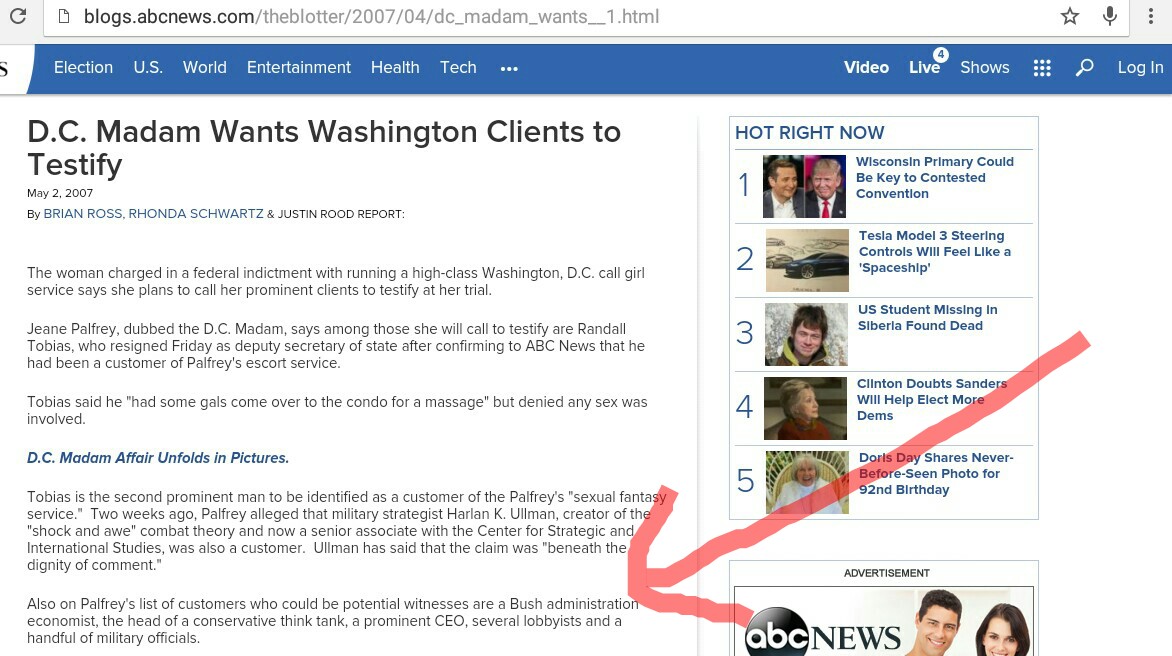 During an interview at the time, you can see here that specifically a "Bush Administration economist" was involved. It says the person was on the client list, but it is also possible that if it was a woman, it was actually one of the "non-hooker" escorts.

It was here that I couldn't help but think about Ted Cruz because he was in/out of Washington at that time to visit Heidi who was working in DC. I noticed that the client list contained names of "prominent lawyers"...and Ted Cruz was a lawyer.

It doesn't prove anything because the 2016 connection doesn't have to be THAT client. It could be any of his economists and have nothing to do with this particular story...........but it is definitely interesting if it turns out to be Heidi.

Would it mean Heidi was a client? Rumors swirled around immediately that the "beans" Trump was going to spill was that Heidi was an escort. There are even pics that I believe are photoshopped......but it adds an interesting twist. Lots of people in DC would know but they would have to out themselves to out her. Maybe that's how the #CruzSexScandal got started. The possibility is crazy.

I dont actually "believe" any of this is fact...it was just a "whoa" moment when I read a few old articles.

posted on Apr, 4 2016 @ 11:41 PM
link
There is a pretty long discussion about this subject here www.abovetopsecret.com...

Good info the OP above too.

One think I read once was some advice for whistleblowers. Part of the advice was to release the information just before an election. This makes it difficult for the powers that be to take you out.

That the release of the existence of this info is consistent with this advice indicates there is likely to be real meat here.

ETA: 2007 i guess not, but surely back then people knew how to use "disposable use phones"?

There have been rumors popping up recently that she was once a call girl. I initially dismissed the rumors as ludicrous...however, your research could support that premise.

EDIT:
The original source for the rumor 'The Nevada Scooper'...later admitted it had no real proof for the story.
edit on 5-4-2016 by IAMTAT because: (no reason given)

I suppose. I don't see it as electing a First Lady though, it's effectively an appointed position.

posted on Apr, 5 2016 @ 08:58 AM
link
Isn't it about time we just get honest with ourselves, and stop making petty laws that are only meant to find a way to socially bully people?

People are legally paid for sex all the time in the adult film industry. This whole thing is just stupid. Its legally established that a womans right to choose exists with abortion.....why is it not applied to sex?

I mean, i try to fit into being human. But this kind of stuff makes me just not want to try. Being human seems petty and stupid.