posted on Apr, 1 2016 @ 09:23 PM
link
MSNBC Rachal Maddow show apparently broke this news on MSM tonight (although I didn't see it)...however, this news has been circulating on Twitter for a couple of days now.

This story involves the phone logs of the infamous (now deceased) DC Madam...and her call service.
Her attorney, now in possession of these records, has been claiming that her business' phone logs contain information which will drastically effect the Presidential race.

Hacktivist groups aligned with 'Anonymous' claimed to have hacked these records, as the DC Madam's attorney had recently placed them online with a 'Dead man's Switch' set to automatically release the info to the MSM within 72 hours, should something happen to him.

It appears these records were hacked shortly after the attorney set this up.

The general thinking is that the highlighted number on the phone records trace back to Ted Cruz's phone...and that Ted Cruz used the DC Madam's service.
Is this a smoking gun that will officially take Ted Cruz out of the 2016 race?
As yet, his campaign appears to not have responded.

I am reserving personal judgement on this, til more is known...and the Cruz campaign responds to it. However, I offer it up as a very controversial and speculative topic for discussion.

Twitter accounts claiming to be allied with Anonymous have dropped alleged phone records of late DC madam Deborah Palfrey, showing Ted Cruz used her services. One of the several Twitter accounts tied to the hacktivist group, @0Hour1, tauntingly posted a screenshot of the call log, with Texas calls highlighted:

Other accounts are sharing a more detailed record through torrents, which appear to be circulating widely.

The date 9/16, highlighted in the screencap, is where multiple calls were made to various hotels. Blogger The Marshall Report claims the numbers are Cruz’s private numbers.

Conspiracy message board G** L*** P********* reports that another number on the call log is that of a wire transfer service titled M Lhuillier LLC.

*** also reports that the original TIFS, along with pdf, ZIP, and csv file versions have all been online since 2007.

The day before the alleged documents were released, lawyer Montgomery Blair Sibley, who represented the late DC madam, told US News and World Report that the call logs of his former client were already online.

Sibley said the records, which he called “very relevant” to the 2016 presidential election, will become public if he fails to reset a 72-hour countdown clock. This part of an effort to get federal courts to consider lifting a 2007 gag order on the records, preventing their release.

Sibley represented Palfrey after her 2006 arrest for running an escort service popular among Washington’s upper class. In 2007, he released call logs containing about 10,000 phone numbers, which resulted in the outing of prominent political leaders including Sen. David Vitter, deputy secretary of state Randall Tobias, former Clinton administration official Dick Morris – all Republicans. He says he held back 5,000 numbers for leverage at trial – but Palfrey fired him before she was found guilty in April 2008 of money laundering and other crimes.

Two weeks after her conviction, Palfrey was found in her mother’s shed with a nylon rope around her neck, dead from apparent suicide.
A major hurdle for Sibley’s bid to modify the 2007 court order protecting the records is that Palfrey fired him.

As previously reported, an unknown prostitute was named as one of the women who allegedly had an affair with Cruz.


Waiting with bells on, for that!!!

posted on Apr, 1 2016 @ 09:33 PM
link
I hope this is disproved...However, if it actually turns out to be true...I believe it is best that it comes out before the GOP convention or nomination.

Hillary will just spin it. Like, oh, the state of America where a powerful woman has to be married to a man to succeed. That is the world she grew up in...a victim no longer! All hail first woman president, lesbian, and social justice warrior!


I already have to turn in my lady parts when I refuse to vote for her...I can't imagine the consequences at that point.


Maybe it will be Bernie...and after I stop throwing up, I will be impressed. Yep, double standards. Deal with it. LOL


Seriously though, the records online have been online for ages. It is not the info the lawyer has been trying to release. The new records name 800+ people. The stuff being passed around is old news.

edit on 1-4-2016 by BarefootInWinter because: Spelling


I beg to differ. If this is indeed Cruz, his christian piety will be exposed for what it is and he will go down the drain as real christians (tho they may be few) flee.

Probably would not be as detrimental to anyone but him.

posted on Apr, 2 2016 @ 12:03 AM
link
Good old [snip] and Twit(er).Both excellent sources for your breaking news . Bringing you only the most unbiased , factual , up to the minute news money can buy
Peace
edit on Sat Apr 2 2016 by DontTreadOnMe because: Reaffirming Our Desire For Productive Political Debate (REVISED)


I would expect more additions to the Clinton death list before live testimonials actually happen...just saying

and yet still no actual facts , just rumors and rumors of tumors

This is all just a hit on Cruz because the threatens the Trump campaign and the plan to get Hilary in.

originally posted by: ManBehindTheMask
A week in to this BS

and yet still no actual facts , just rumors and rumors of tumors

This is all just a hit on Cruz because the threatens the Trump campaign and the plan to get Hilary in.

They did the same thing to Herman Cain four years ago.

I think it is about getting Cruz out of the way so they can create the ticket from hell at the convention. It will be the two Establishment RINOs in Kasich and Rubio.

I'm waiting for someone to drop Trumps connections with the Mob, that's if they have the balls to do it.

But when your running on a family based campaign it will matter if true.

I recall some damning, first-person info about Obama that was released but never was grabbed by the MSM.
Of course, the trajectory of this info, if valid, will have life after life.


originally posted by: Metallicus
a reply to: IAMTAT


I beg to differ. If this is indeed Cruz, his christian piety will be exposed for what it is and he will go down the drain as real christians (tho they may be few) flee.

Probably would not be as detrimental to anyone but him.

I think most people believe all politicians use prostitutes. Now most feel they are both adults and so on. If it could be shown any requested kids that would stick I hope, not sure even of that anymore people have been lowered to zero values expectations and closed eyes.

Wouldn't surprise me a so called man of god engages in debauchery. Religious politicians are the biggest hypocrites there are!

It matters to the religious Christians who won him his caucuses and or primaries. He NEEDS those votes!
edit on 2-4-2016 by Swills because: (no reason given) 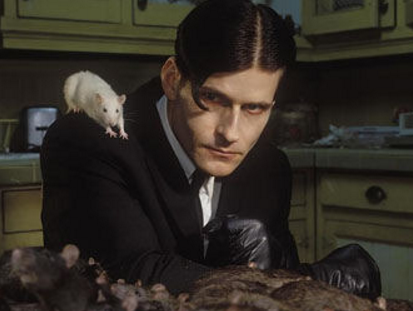 Let's never forget that Cruz copulates with rats as long as they aren't Donald Trump.

Trump owns casinos in two states with investigations for strict gaming rules and ongoing monitoring. Trump does not have mob ties or he would not be able to keep these licenses.