After the dust has settled from the second Super Tuesday, one thing has become clear to both the voters and the pundits. After weeks of shocking statements by Trump and allegations of criminal behavior against Hillary, a significant portion of the electorate are not happy with the GOP and Democratic front-runners. Exit polls from both Republican and Democratic primary voters tell the tale of discontent. According to ABC and NBC, exit polls suggest that over one-third of voters would consider a third-party candidate were Trump to get the Republican nomination.


On the Democratic side, Hillary Clinton faces the same challenges with Bernie Sanders supporters. Contrary to media depictions, many “Bernie or Bust” voters are not young, male voters. They are voters tired of adhering to the status quo. They are tired of being spoon-fed meaningless platitudes and hunger for the real change they see as possible with Bernie Sanders. A solid one-third of those voters likely will not vote for Clinton in the general election if she gets the nomination. According to the Wall Street Journal, 33 percent of Bernie Sanders supporters “cannot see themselves” voting for Hillary in the general election. Thirty-two percent of Sanders supporters also have a negative opinion of Clinton.

I fall under the Bernie camp who will never vote for Clinton, or Trump, so if forced I will vote 3rd party but it feels good to know I'm not alone. I will not vote for the lesser of two evils, those days are over. This election season has been absolutely crazy and come November I can't wait to see if any 3rd party candidate gets more than 5% of the votes. Gonna be very interesting.

posted on Mar, 17 2016 @ 11:23 PM
link
Im leaning toward not voting at this point. I prefer some of Trumps policy positions, particularly on economics, but he has used race politics too much for me. Sanders and Clinton have as well (including gender politics). I dont think any are actually racist. Im just sick of it all though, the devisiveness, and im washing my hands of the whole mess. And yes I can tell when the left plays race politics. They are slicker about it but its the same thing.

I am washing my hands of the whole situation lord! (Figure of speech in my case)

posted on Mar, 18 2016 @ 12:07 AM
link
Voting 3rd party sends a stronger message than not voting. It says you are willing to jump ship and shop for a candidate outside the two party system. Not voting just sends a message of apathy.

Vote 3rd party! At least then you can be part of changing the broken system.

posted on Mar, 18 2016 @ 12:12 AM
link
3rd party guarantees a Hillary win. I don't like Trumps remarks but the man has drive and can get things done quick. I don't see where he is so bad, he isn't racist . The media and opponents throws out the race cars every election cycle.

That is encouraging news to be sure.

I voted for Trump in the primary just to send a message to the Establishment a-holes. I don't know if I can do it again in November when it matters. I would love to go third party. We need to see how this all shakes out.

I consider myself very much undecided for November.

HRC has been in politics forever, the question with her is #WhichHillary? 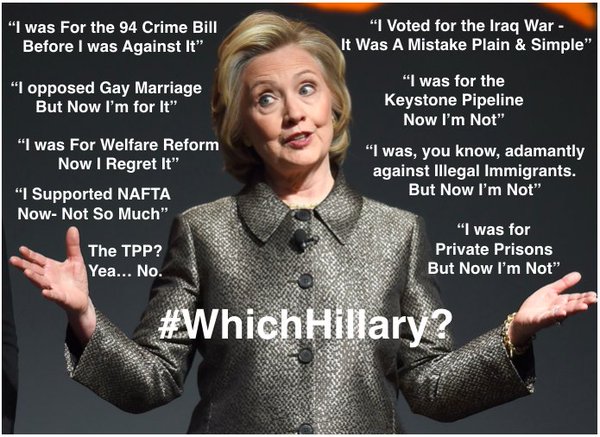 I voted 3rd party for president all except one time ever. Didnt change anything. And voting for someone just makes everyone pissed at you now no matter what you do or why. No one can just give their opinion / vote and let democracy do its thing. This just shows how entirely ****** we are. Nobody believes in actual democracy now. Nobody knows what the constitution is about. Everyone is on the edge of violence. Its palpable. Lady liberty is six feet under. Division and violence is all America knows now. The right is bad. The left is worse.

Everything is a goddam ****storm. And i dont want to be out in it anymore. Americans dont deserve democracy when 95% of them dont even understand what liberty means. So everyone else can pick, and kill each other over it. Ill make do no matter who wins cuz im a survivor.

Im voting for me. 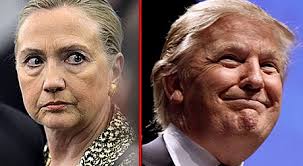 I will vote Green Party.

Though I look forward to the day, that we have a member of the Pirate Party running for president!

posted on Mar, 18 2016 @ 03:16 AM
link
I don't think it matters. Any group of "elites" (or whatever you want to call them) powerful enough to control things would never give us a real choice.

If I tone down that line of thought a little, then I trust Hillary the LEAST. I will never vote for her. I don't believe anything she says.

I think Trump is a joke.

So, this is going to be no win for me.

They say people will usually go with "the devil you know" rather than choose the unknown. I know what happens with Clinton...but I can't do it even though they set it up for us to have no choice but her or Trump.

originally posted by: Medicator
3rd party guarantees a Hillary win. I don't like Trumps remarks but the man has drive and can get things done quick. I don't see where he is so bad, he isn't racist . The media and opponents throws out the race cars every election cycle.


He is racist and more than bad.

He was born here. Both parents born here. Over 35 yet under 70. Has been the CEO of large companies. Like Mesa and Wireless Knowledge. He will be my write in.
edit on 18-3-2016 by reldra because: (no reason given)

All the years of me voting and I have never been polled...I wonder how many people were actually spoken to around this..I'm always quite dubious about reporting when it comes to voting..we are screwed either way...

Sounds like a much more viable option than the those two morons.

posted on Mar, 18 2016 @ 08:08 AM
link
I just wont to know how Bernie Sanders supporters are so void of intelligence when asked questions live on tv. I mean the Sanders supporters have no clue what Bernie is about at all, all they know is free college. I have seen this time after time in interviews, they all say the same thing. Why do you support sanders? " ummm"

If any supporters are of low intelligence and have no clue what their candidate is all about its Trump supporters. They're the most ignorant of the bunch.

Anyone that would vote for HRC, is low information or a part of the problem!

Can I write in Sanders name? I don't recall if that option is available or not.

As a Trump supporter, hearing turnout numbers and summaries on Fox News tonight has me concerned. The Democrat turnout in the last 8 primaries has been quite a bit larger than the Republican voter turnout.

If this were to happen on Tuesday November 8, 2016, Hillary Clinton would be our next U.S. President. Correct?