page: 1
20
<<   2  3  4 >>
log in
join
share:
PhotonEffect
+1 more
posted on Mar, 8 2016 @ 12:14 PM
link
Creationists are probably not going to be too fond of the implications, but recent research by biologists working in the Republic of Guinea suggests chimps may practice some type of religious behavior. 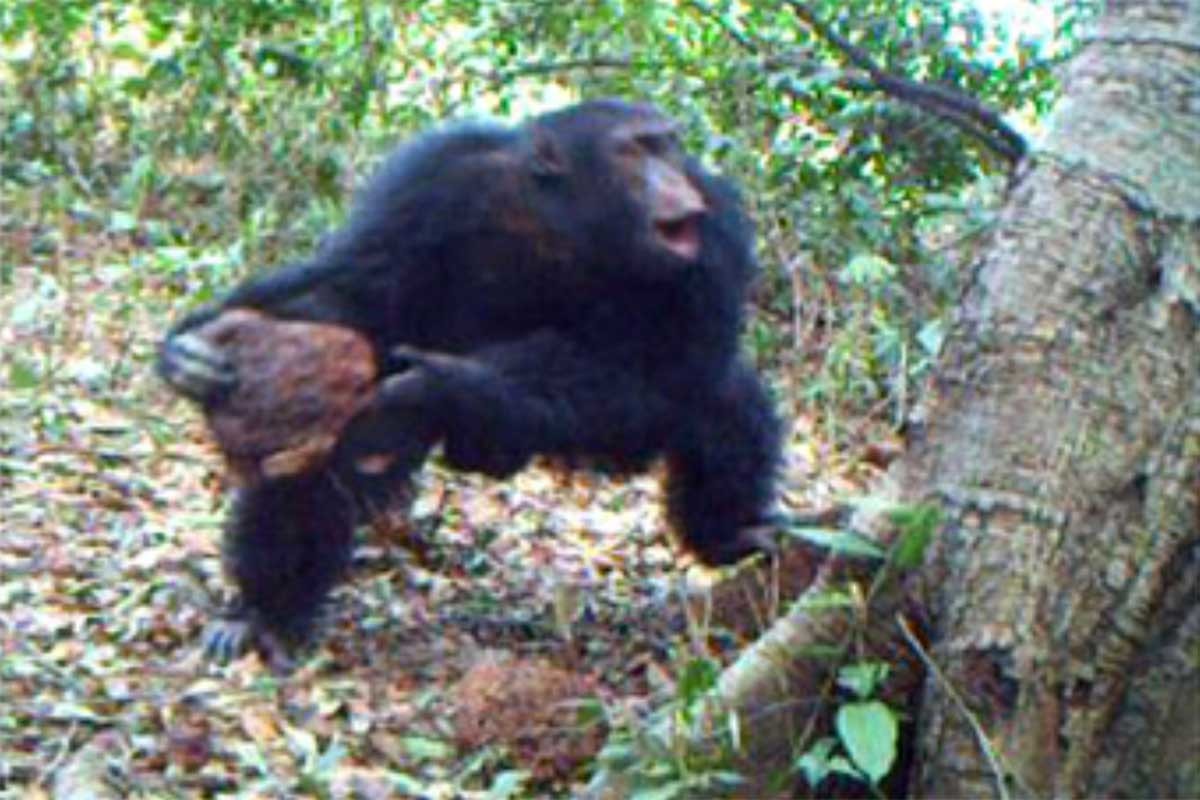 Laura Kehoe, a researcher at the Humboldt University of Berlin, Germany, was one of several scientists who found that chimpanzees picked out certain trees in the rainforest and placed large rocks at their base, what she called “creating a kind of shrine that could indicate sacred trees,” according to New Scientist. The animals also bashed the trees with stones, which Kehoe theorizes might either serve as a way to communicate or indicate a more symbolic behavior.

The researchers don't seem to be 100% sure these are behaviors that could be interpreted as proto-ritualistic, but the stacking of stones at the base of specific types of trees don't seem to serve any particular function. 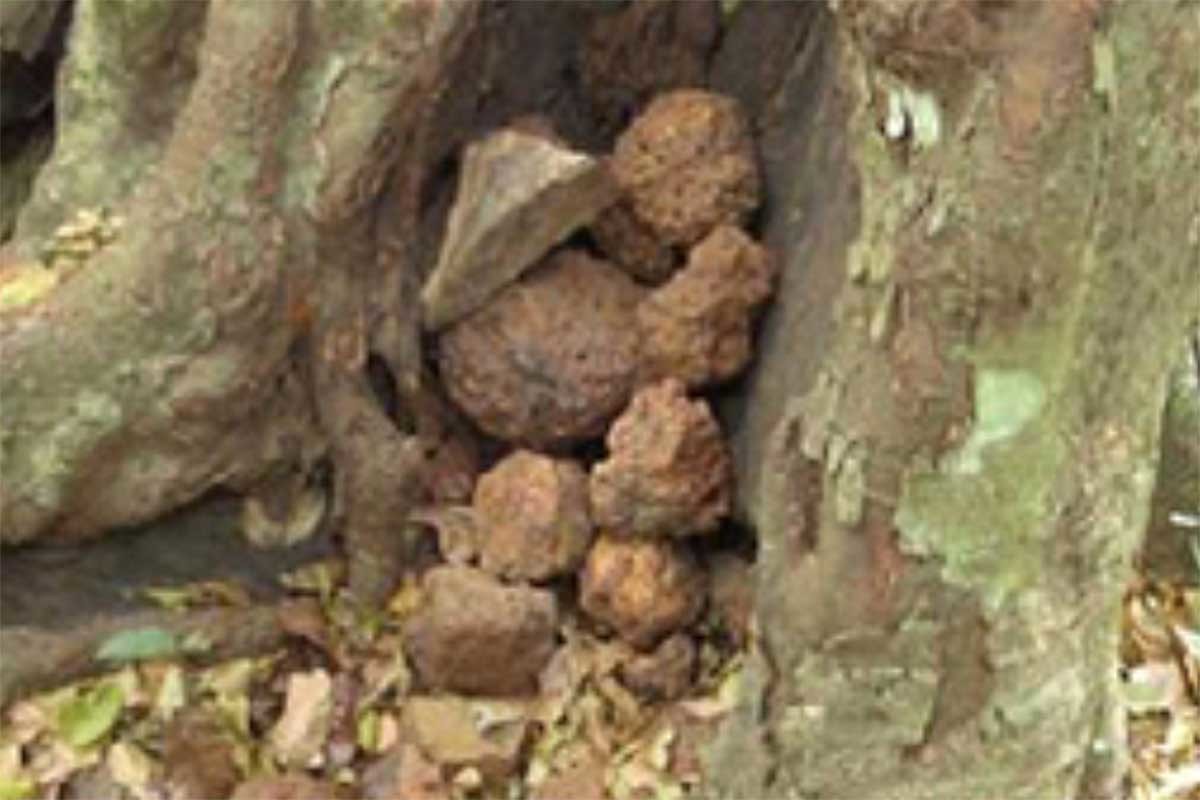 The discovery might help researchers learn more about the basis of human religion and rituals, and how such activities formed in our own history.

The scientist described seeing the behaviour through cameras that were set up to watch the chimpanzees. They saw them assembling piles of stones — of a similar kind of the ritual cairns that have been found throughout human history.

Chimpanzees and other apes have long been known to use stones and other materials as tools, including their use as nutcrackers to get into food that is cased in a hard shell. But the new behaviour doesn’t seem to have the same functional purpose.

Other news links:
www.opposingviews.com...
www.newscientist.com...
edit on 8-3-2016 by PhotonEffect because: to fix video link

This only provides more evidence towards our previous observations that lead us to believe the origins of religion:

Religion:
~ A fear of death has obvious survival advantages and is probably as old as emotions. When intellect evolved to the point that imagination became possible, we could start thinking about alternatives.
~ Humans and other primates live in dominance hierarchies. A social structure with "higher" and "lower" beings is part of our genes. We can always point to other animals as lower beings, but sometimes a higher being requires something unobvious.
~ With the origin of symbolic thinking (which language requires), the abstract higher beings could be thought of in more specific terms.
~ With language, gods could be talked about. From there, religion developed via cultural evolution.
~ Fear of the unknown gives further reason for believing in gods. Dealings with a god, such as sacrificial offering or intercessory prayer, allow one the impression of some influence over events that are beyond one's control.

here's some references for some further reading, if you're interested.

All of the traits that lead us to religion are also in chimps as well.

I wonder how many other species have developed evolved religious behavior

posted on Mar, 8 2016 @ 12:25 PM
link
If those are nut trees and they aren't 'storing' the rocks to crack nuts… then they are probably using them like drum stones against hollow trunks to make noise . The bigger the chimp, the heavier the rock, the louder the sound, the more dominant…

Sure its ritual, ritual leadership displays.

All critters from insects to the heaviest animals on earth both on land and in the ocean do this.

originally posted by: chiefsmom
I couldn't find how long they were observing them?

Occasionally, chimps throw rocks in displays of strength to establish their position in a community.

But what we discovered during our now-published study wasn’t a random, one-off event, it was a repeated activity with no clear link to gaining food or status – it could be a ritual. We searched the area and found many more sites where trees had similar markings and in many places piles of rocks had accumulated inside hollow tree trunks – reminiscent of the piles of rocks archaeologists have uncovered in human history.
Link to the researcher's website

The conclusion is far from absolute, but it does certainly lead one to believe that it may be ritualistic behavior.

Here's another passage from their site that goes into the possibility a bit further:

I spent many months in the field, along with many other researchers, trying to figure out what these chimps are up to. So far we have two main theories. The behaviour could be part of a male display, where the loud bang made when a rock hits a hollow tree adds to the impressive nature of a display. This could be especially likely in areas where there are not many trees with large roots that chimps would normally drum on with their powerful hands and feet. If some trees produce an impressive bang, this could accompany or replace feet drumming in a display and trees with particularly good acoustics could become popular spots for revisits.

On the other hand, it could be more symbolic than that – and more reminiscent of our own past. Marking pathways and territories with signposts such as piles of rocks is an important step in human history. Figuring out where chimps' territories are in relation to rock throwing sites could give us insights into whether this is the case here.

Even more intriguing than this, maybe we found the first evidence of chimpanzees creating a kind of shrine that could indicate sacred trees. Indigenous West African people have stone collections at “sacred” trees and such man-made stone collections are commonly observed across the world and look eerily similar to what we have discovered here.
edit on 8/3/16 by Ghost147 because: (no reason given)

posted on Mar, 8 2016 @ 12:45 PM
link
Myna birds and bower birds collect shiny objects and place them around their nesting areas.

originally posted by: butcherguy
Myna birds and bower birds collect shiny objects and place them around their nesting areas.

posted on Mar, 8 2016 @ 12:55 PM
link
a reply to: Ghost147
I have often thought many of our beliefs were carried forward from earlier species in our line. Looks like this gives that some credence.


originally posted by: butcherguy
Myna birds and bower birds collect shiny objects and place them around their nesting areas.


Did you ask the birds?


Workers wondered where Santino was getting his ammunition (there weren't many stones just laying around the island) and decided to investigate. One morning, they discovered several piles of three to five stones carefully placed along the waterfront. They suspected that Santino must have been stockpiling them in anticipation of throwing them – and that they came from the water in the moat, because they were covered with algae. To confirm their suspicions, a zoo worker began watching the chimps from a building overlooking the island every morning, and discovered that Santino –the only one of the bunch that threw stones -- would routinely reach into the moat and scoop out rocks, placing them in piles along the waterfront. He would always scavenge before the zoo opened at 10:00 A.M., so that his arsenal was ready for his 11 A.M. show.

Outside the ritual I think it's also an advanced thinking of what could be the nature of reality. At the heart of the God debates there is philosophical wondering. What could cause this what could have created this what happens to the dead etc.

I think as destructive as religion can and has been it's most pure form comes from wondering what things mean. As an atheist I can respect the philosophical metaphysical pondering over what it all could mean. I think it led us to science in a weird way. Lots of great thinkers were nuns and monks and archived these realizations. The explanations no longer made sense as we got more emperical so we made a new way to explain things as skeptics after being shackled by the churches.

This seems like the first step into explaining and creating folklore how incredible.


I often wonder myself what makes us "human" really? Is a physical or cultural shift that is more responsible. Is it a constant interplay between the two? Are the archaic humans who built fires and stone tools full of rich culture, language and traditions? When was the real shift into the ability to reason? It appears there is some form of reasoning going on here to create a more complex culture.

Let's say that we are somehow able to determine that these rituals are, in fact, of the religious/spiritual variety. Should the intelligence we already know chimps have, combined with this spiritual side affect our practice of keeping them in captivity (whether it is in zoos or for medical research)?

posted on Mar, 8 2016 @ 01:53 PM
link
So basically religious people are like chimps. Good to know and perfectly explains why so many cannot comprehend incredibly basic concepts in science.
edit on 3 8 16 by Barcs because: (no reason given)

Not exactly. But I get why you'd say that.

Well it seems to stem from a fear, acknowledgment, or understanding of death. If chimps are in fact aware of this and are contriving rituals based on such, then one would have wonder why?

Why would fear or death or both lead a living thing to practice "religion".

I think because it offers an explanation to deal with or acknowledge fear. Ritual obviously has very powerful effects. Some nefarious and others enlightening. The ritual is a sort of early social contract of a culture. Recognizing seasons, time, weather making a belief system to explain and teach what it is known to the next generation.

Not so much just fear,. all creatures have fear but an intellectual process of figuring out why and how to overcome it without just pounding the chest.
edit on 8-3-2016 by luthier because: (no reason given)

Many of the largest discoveries in modern science were by religious people. The Big Bang and Genetics were developed by priests and Einstein at the very least was pantheist.

Religion was an important step in developing architecture, construction, writing and printing, exploration, art, language, and even science. From the first person who wondered what created the universe, or ontologically what is reality to building temples and astronomy. Sure it spiralled out of control and the natural domination instinct of mankind created a blood sea but it had its purpose and probably was an evolutionary necessity. Even as an atheist I have no problem admitting that.