ESA Planning to Build and International Village… on the Moon!

posted on Mar, 4 2016 @ 06:18 PM
link
This is interesting and I'm surprised that no one else picked up on this article sooner. Anyway, the ESA in cooperation with an international array of Space agencies including: NASA, JAXA, ROSCOMOS, and many others, has decided that they are setting their sights on the Moon. The plan is to build a sustainable colony there between the 2020's and 2030; a colony which serve as a staging platform for research and jaunts into the solar system. 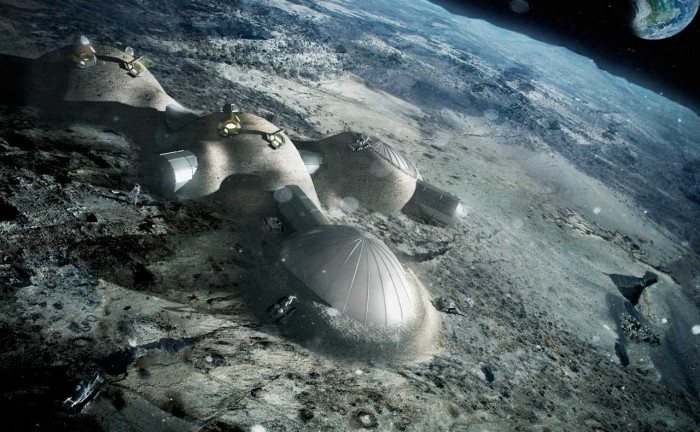 At present, the plan is for the base to be built in southern polar region, which exists in a near-state of perpetual twilight. Whether or not this will serve as a suitable location will be the subject of the upcoming Lunar Polar Sample Return mission – a joint effort between the ESA and Roscosmos that will involve sending a robotic probe to the Moon’s South Pole-Aitken Basin by 2020 to retrieve samples of ice.

This mission follows in the footsteps of NASA’s Lunar Reconnaissance Orbiter (LRO), which showed that the Shakleton crater – located in the Moon’s southern polar region – has an abundant supply of water ice. This could not only be used to provide the Moon base with a source of drinking water, but could also be converted into hydrogen to refuel spacecraft on their way to and from Earth.

This is pretty exciting, ATS! I'll wait till it's actually complete and in operation before I really get excited but the news that the ESA is making plans for this to happen is worthy of note. So, what say you, ATS? Good move.....Bad move...?

I think that's an ambitious estimate , I would like to think it possible and the will is there to make it happen but I doubt that in 15 or so years we will have an ongoing presence on the Moon.
I look forward to seeing man return to the Moon sometime in the 20s though.

posted on Mar, 4 2016 @ 06:43 PM
link
Forget a jaunt into zero-orbit, Mr Branson, I hope that in my life time, the facility may exist for me to take a holiday on the moon and visit this village.

It would indeed be a mind blowing experience for me, as I'm sure it would be for a great many.

Just need to get the keys to the shed off the rabid psychopaths.

originally posted by: CranialSponge
Now this is the kind of news I like to read about !

Cool news, isn't it? I think the plan is to use Regolith (Moon dirt) in the actual construction mix for the walls. Regolith is a natural repellent to radiation if I remember correctly.

originally posted by: Iamnotadoctor
a reply to: lostbook
People did pick up on this subject.
You just didn't search...
www.abovetopsecret.com...


That's one of MY older threads.

originally posted by: errorcode
Mars and the moon?
Aliens watch out! Humans are getting big boy pants


Humans confined to their own backyard unless we discover how to travel between two locations faster than light.