The Curse of Timur

posted on Mar, 3 2016 @ 07:56 AM
link
There is a legend of a curse that has interested many throughout the world for many years. As with all these types of stories, they are debatable but intruiging all the same, so as always I am only presenting the information for my ATS brothers and sisters to discuss and decide.

This legend is known as The Curse of Timur. 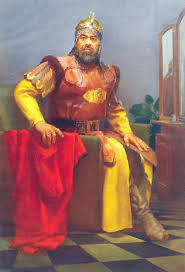 Timur was believed to be born in Transoxiana near the city of Kesh (modern day Shahrisabz) in Uzbekistan on 8th April, 1336. He was a descendendent of the Mongols and considered one of the most ruthless Conquerers the world has ever seen. His main goal was to rebuild the Mongolian empire which rose through Genghis Khan, but in doing so built his own empire known as the Timurid Dynasty, with the cost of an estimated 17 million lives (which is huge in the days before modern weaponary and warfare). 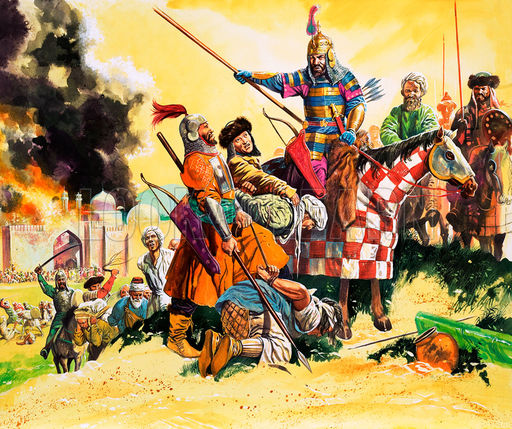 Although not a direct descendent he actually saw himself as the heir to Ghengis Khan, he was also Muslim, possibly belonging to the Naqshbandi school of Sufism.
Timur was said to be highly intelligent military genius and tactician. He spoke several languages and was characterized as an opportunist who used Islamic Religion and laws of the traditional Mongolian Empire to achieve his goals. 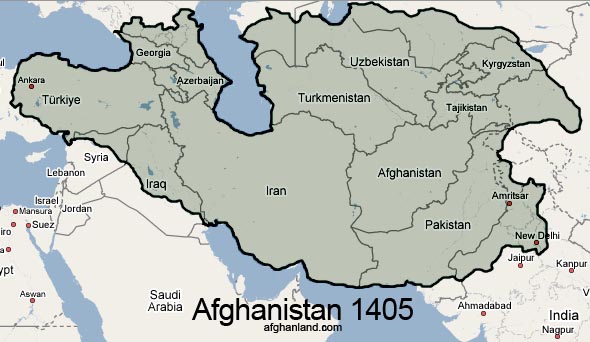 His Empire was vast, it covered South East Turkey, Iran, Kuwait, Iraq, Syria, Afghanistan, Kazakhstan, Turkmenistan, Uzbekistan, Pakistan, India and Russia. He even tried to invade China during the Ming Dynasty but made the fatal error of invading during winter, which in 1405 was one of the harshest and coldest the world had ever seen.
This seemed to be his undoing, he became ill and died on the 18th Febuary 1405 aged 68. He was taken to Samarkland in Uzbekistan where he was born and his tomb was placed in Gūr-e Amīr, a mausoleum (Gūr-e Amīr in Persian means “Tomb of the King”) 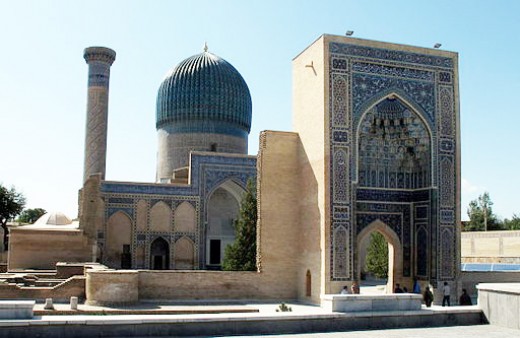 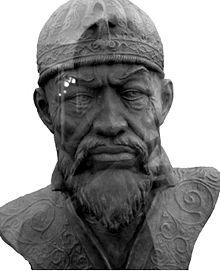 According to legends Timur's Tomb had an inscription saying:-
"When I Rise From the Dead, The World Will Tremble"
It was decided the tomb would be opened on 20th June 1941. On opening the tomb the room immedietly filled with an odor that choked occupants of the tomb. The smell believed to be from the oils used in embalming including Frankincense, Rose, Camphor and resin with some believing the smell was from the curse of Timur escaping onto the world.
Once the tomb was opened an inscription inside read
"Whosoever Disturbs My Tomb Will Unleash an Invader More Terrible Than I" 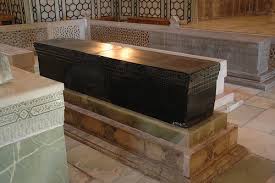 Three elderly wise men and Muslim clergy warned Mikhail Gerasimov and Tashmuhammed Kari-Niyazov (who was actually the leader of the exhumation expedition) about opening the tomb and unleashing the curse into the World but it was completely ignored.
The three elderly advisors said now opened, the curse will take effect within 3 days and the curse will fall upon the land of those that opened the tomb. 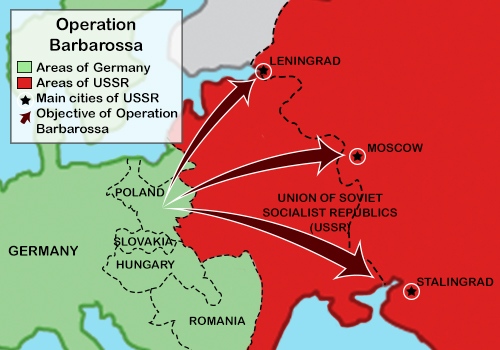 Two days later on 22nd June 1941 after Timur's remains were sent to Moscow, Adolf Hitler launched operation Barbarossa, and the Nazi's invaded the Soviet Union. This was without any formal declaration of war even after the nazi's and soviets had signed an agreement 2 years earlier.
After significant defeats and the loss of millions of Soviet lives Stalin ordered the remains of Timur to be returned to his tomb to be reburied with full Islamic rights. This was completed on 20th December 1941, shortly afterwoods the German forces surrendered during one of the bloodiest battles in history at Stalingrad.
Part of the legend also claims the plane flying Timur's remains back to his tomb actually detoured and flew over Stalingrad. 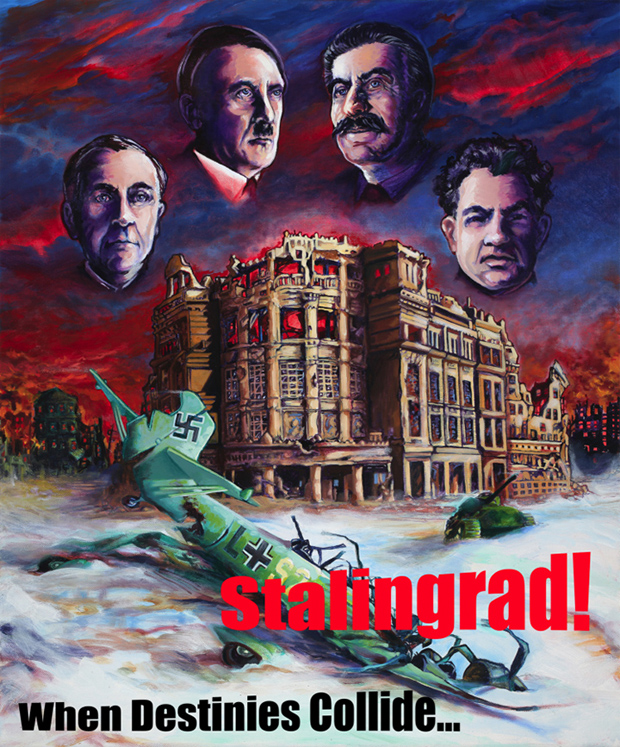 I think we can all agree Hitler was probably far more terrible than Timur.. Although ironically Stalin was also a terrible evil set upon this world and it was under his instruction the tomb was opened.

So ATS.. What do you think.. Coincedence or Curse?

posted on Mar, 3 2016 @ 08:12 AM
link
I think some become so powerful in their own mind they must become conquers and Kings, then name themselves Gods, then try to keep all their empire and wealth to themselves, forever.

According to legends Timur's Tomb had an inscription saying:-
"When I Rise From the Dead, The World Will Tremble"


Even from the grave they warn, if you mess with me you die.

Mine, mine all mine.

posted on Mar, 3 2016 @ 08:17 AM
link
Nice coincidence, considering the German started preparing the invasion in February and invaded in june, Timur knew his exhumation was at hand so he persuaded Hitler to start moving before the exhumation?
edit on 3-3-2016 by Indigent because: why i double t hitler...

posted on Mar, 3 2016 @ 08:20 AM
link
a reply to: Misterlondon
Tamerlane was a really mean bastard, the way all the stories read.
I hesitate to say that he cursed the USSR with the German invasion though.

originally posted by: butcherguy
a reply to: Misterlondon
Tamerlane was a really mean bastard, the way all the stories read.
I hesitate to say that he cursed the USSR with the German invasion though.

i wouldnt say he directly cursed the ussr, although I am kind of open to the idea that everything has a destiny and a kind of timeline is already written for such events..

Creepy. A big coincidence. Thanks for the good read!

Wow.. someone got out of the wrong side of bed..

edit to add this


Throughout history, few names have inspired such terror as "Tamerlane." That was not the Central Asian conqueror's actual name, though. More properly, he is known as Timur, from the Turkic word for "iron."

Germans surrender Stalingrad in February 1943
edit on 3-3-2016 by Indigent because: (no reason given)

posted on Mar, 3 2016 @ 08:49 AM
link
a reply to: Misterlondon
Funny how mean leaders have certain names for themselves.
STALIN:His birth name was "Jughashvili". The name he chose means 'man of steel'.

originally posted by: butcherguy
a reply to: Misterlondon
Funny how mean leaders have certain names for themselves.
STALIN:His birth name was "Jughashvili". The name he chose means 'man of steel'.

originally posted by: Indigent
a reply to: Misterlondon


Jeez.. I'm all over the place today. Got a school run to do and I rushed posting that. Will amend when I return.
Thanks for pointing it out..


Any... if not All.. prophecies/predictions attract a following of believers who will do many things to 'help make the prophecy be fulfilled' including stuff like this thread intent on giving the tale a degree of being actually supernaturally or mystically accomplished...

Interesting. That would be an insult to Timur. It literally means "Timur the lame," - slur used by enemy in regard to a wound he suffered a a young man (bandit). No one called him Tamerlane to his face. Do you come from a place that was overrun by his armies?

Yeah, I'm pretty sure it was Timur-i-lenk (Timur the Lame), which was translated as Tamerlane.

When I was young, I studied him and many other major conquerors. After careful consideration, I came to the conclusion that Timur was evil incarnate. There are numerous horrific legends about him, and I was shocked to see that he was even more gruesome than Genghis Khan & Hulagu (and had a "sense of humor" about it). He supposedly promised one city's inhabitants that he wouldn't shed a drop of their blood if they surrendered. They surrendered and he had them buried alive. And he was famous for having thousands of people decapitated, stacking the heads into large piles, and then calling them "minarets". That's actually pretty blasphemous in Islam, but I'm not surprised since he butchered "fellow" Muslims too.

Needless to say, you're right. No one would dare call him "the Lame" to his face. I can't remember if it was because of a horse accident or what, but he was extremely self conscious about it. And seeing as he had a repulsive temper, I'd guess anyone dumb enough to mention it would be tortured to death or worse.

posted on Mar, 7 2016 @ 01:42 PM
link
I'm not sure the Nazi's would have lost if they didn't have the western and eastern fronts. Without invading Russia there would be no need for the eastern front as it was. So it might as well be called "the curse that saved Europe"
edit on 7-3-2016 by Dumbass because: (no reason given)