Kind of says it all don't you think? The bible is not constant. It was made up as Christianity moved forward.


How can the bible be a good book and the Vatican be a good institution? When in the bible is a story. The curse of ham. All black and brown people are evil.

That is what the white slave owners used to justify 245 years of there brutal slavery. A made up story from the bible that justified there sickness.

People where so enslaved when others cane to free them they wouldn't go. They didn't even realise they was slaves.

Without doubt. The most heart breaking quote I have ever read in my life.

The only reason the slaves where freed was because machines had been invented to do there work quicker and cheaper.

Although I am no expert, I am not green to symbolism, sacred geometry, occultism, or Freemasonry. Perhaps the geometry and stars of global star symbols means a torus to you or certain others, but can you please provide evidence or references that backup your claim that all religious symbols and all stars throughout differing global cultures represents a toroidal, fractal, or symbolic representation of reality and existence?

Presenting a collage of global symbols with a "they all represent the same thing the flower of life" statement is not proof, evidence, or even a structured presentation of why you have drawn your conclusions.

posted on Feb, 28 2016 @ 12:18 PM
link
In the image below do you see the love heart? centre. It is a double golden ratio. One going one way one the other. Just like positive and negative. 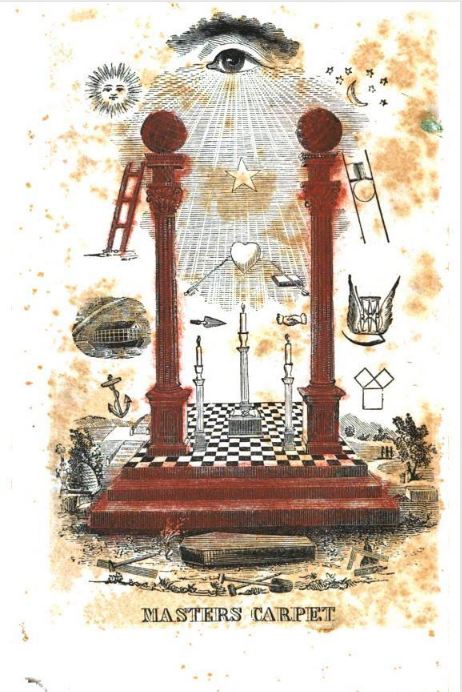 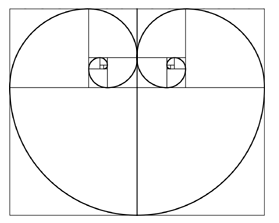 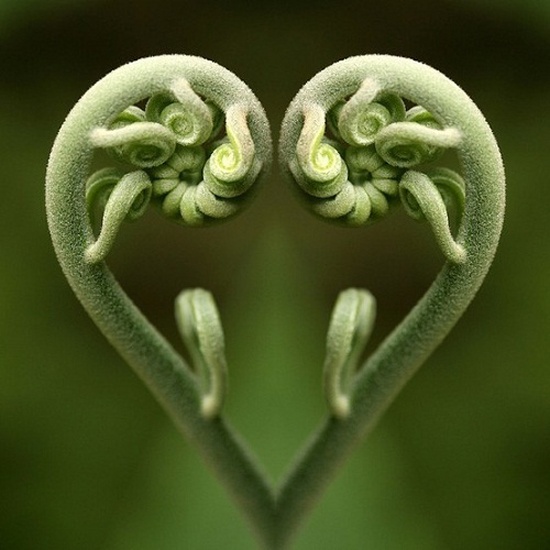 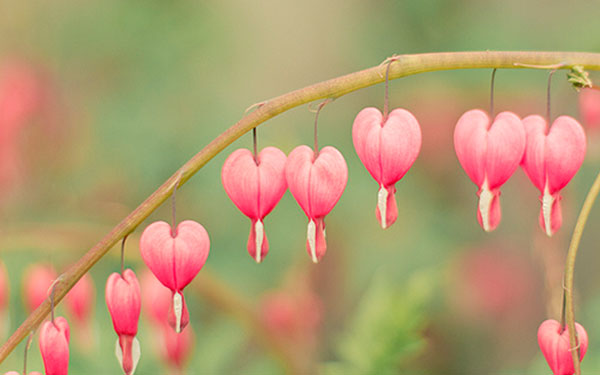 it is okay you don't see or accept it. I'm fine with that.

But you must admit. Beautiful the truth isn't it.

Where the love heart stems from. Did you catch the plant joke?

All you need to know is,

"...there is an Absolute, in the matters of the Intelligence and of Faith. The Supreme Reason has not left the gleams of the human understanding to vacillate at hazard. There is an incontestable verity, there is an infallible method of knowing this verity, and by the knowledge of it, those who accept it as a rule may give their will a sovereign power that will make them the masters of all inferior things and of all errant spirits; that is to say, will make them the Arbiters and Kings of the World." - ?

The Secrets have little to do with Freemasonry, inasmuch that Freemasonry models itself around their existence. The term "Freemason Secrets" should be viewed as Absolute Truths that they are tasked to encrypt and preserve. One can look right past the Masons if you know which math and science visionaries to comprehend. They exist for continuity purposes, to facilitate the betterment of oneself and provide the means necessary to meet The Architect. In my opinion, the fraternizing grew out of the fundamental principles of group philosophy. I can imagine as well that it gets harder to relate to ordinary people the more you learn.

All opinions are subject to change. All truths will remain factual.

originally posted by: childofapoet
a reply to: Sahabi


May Peace be with you my Brother. Emotions are sometime difficult to interpret through scribed means, so please know that I am discussing with you in the nature of pleasant brotherhood.

I do not deny the mathematical underlyings of physical existence,.... nor do I fail to entertain the notion that all religions and endeavors into understanding our reality are actually relative and subjective attempts to understand a common truth.

For me, finding out that Santa Claus wasn't real,....re-learning that Christopher Columbus didn't discover America and that the Native Americans were not unjustified aggressors,..... researching the global history of Central Banking,..... now that was a lot for me to take in and accept.

But definitively declaring that all stars and religious iconography are meant to represent the torus is a multi-dimensional stretch. Did you catch the torus joke?

In the image below do you see the love heart? centre. It is a double golden ratio. One going one way one the other.

The "love heart" is not a "double golden ratio"

But yes ... Fibonacci proportions are found in the growth patterns of nature ... be it plants on Earth or the spiralling arms of galaxies

The Love Heart was not drawn using sacred geometry ... but would a be good design element if applied

OP... I feel you are trying to put together a theory of everything based on Geometry and thus being narrow visioned IE fixated on Freemasonary and Geometry
Geometry is one of the 7 Sacred/Liberal Arts ... the others being
Grammar,
Rhetoric,
Logic,
Arithmetic,
Music, and Astronomy

Notice how I left it open to interpretation?

You can only comprehend that which your limit of knowledge will allow.

The lack of effort around ATS lately is wearing thin on me, so I've been reluctant to expend any energy on something that will get lost like a fart in the wind. Slow cooked threads have turned into microwave dinners. Those two videos in the link will help you though.

OP... I feel you are trying to put together a theory of everything based on Geometry and thus being narrow visioned IE fixated on Freemasonary and Geometry

It is what it is. One golden ratio going one way, and one the other.

I get the impression some people here don't want or like the truth?

Say its not true.

Its all fun and games until. You are sat on the floor in floods of tears, because your child had to jump out of a burning building. When all they did was show up for work. Like they was supposed too.

I was trained as a draughtsman and know geometry enough to know
--- that though the heart shape may look like a mirrored Fibonacci shape ... to an untrained eye that is
The shape of the heart in question is not

posted on Feb, 28 2016 @ 03:02 PM
link
a reply to: childofapoet
This was all well and good, but is just merely your opinion (which you are entitled to), and your link doesn't work as that thread was removed from the looks of it.

The Square & Compasses is not about sex. If anything I would say those symbols represent (outside of what is instructed in the rituals): material (square) and spiritual (compasses). Also note, the 'G' is primarily an American device and is not universally used in Freemasonry around the globe.

Freemasonry is not an extension of the Vatican or the Roman Catholic Church, and I do know that for a fact.

How is it "low degree" Masons are not given certain info, but yet you seem to know? Seems contradictory, illogical, and a double standard to me.

Symbols do not have to have just one meaning. It is what makes them so interesting.


This I agree with.

It's very clear that due to a limited and biased knowledge of Freemasonry that you are taking these images well out of context.

posted on Feb, 28 2016 @ 03:21 PM
link
a reply to: childofapoet
That story still doesn't mean that in Freemasonry that's what that symbol represents. It just means you have the same mindset as the immature boy in your school.

a reply to: childofapoet
Well, we don't use "Peter's Rock" in Freemasonry. Also, the Vatican does not have exclusive use on Judeo-Christian symbols and figures. Groups using similiar symbols doesn't inherently mean they are the same group or associated with each other; unless of course you are going to tell us that Buddhists and the Nazis are the same group.

Why in the next image is the one man stabbing the other in the side? The exact same side and place as Jesus got stabbed with a spear?


No one is stabbing another.

It is clear from this post and other statements that you clearly lack any real understanding of Freemasonry and its symbols. Any further posts like this will just further embarrass you.

The ark and the anchor are used in Freemasonry to represent a well-grounded hope and a well spent life.

The lamb is an emblem of innocence. Masons wear lambskin aprons to remind ourselves of the purity of life necessary for the Hereafter.

Candlesticks are also not exclusively used by the Vatican or for religious purposes.

All of this was just conjecture and assumption, none of it was based on any actual understanding of Freemasonry.

The August Order of Light is a Masonic body and is based upon Eastern teachings: www.travelingtemplar.com...


I was and always talking about the Torus. No bull.

posted on Feb, 28 2016 @ 03:35 PM
link
I have noticed that all the bashers of this thread, either have masonic names and or avatars and attitudes.

Don't be mad you joined the wrong "gang" And now you cant get out.

originally posted by: childofapoet
I have noticed that all the bashers of this thread, either have masonic names and or avatars and attitudes.


originally posted by: childofapoet
I have noticed that all the bashers of this thread, either have masonic names and or avatars and attitudes.

Minor point, I posted actual ritual, you posted your opinion.