So for starters, I joined ATS in 2010 because I was really curious about conspiracies. I think I was maybe 18 at the time. I remember a lot of alien and UFO threads that were just unlike anything I ever read. I also remember one thread that went crazy about the Simpsons predicting a -then recent- false flag attack that got over 400 flags.

I was really in Metaphysics and Quantum Mechanics. Although I was absolutely terrible at math, I loved reading about the theories and I loved learning bout dimensions and frequencies. It all seemed so.. Idk. Unreal. But it was a possibility that something like time travel, teleportation, or even intangibility was a possible reality for humans since it was possible on a molecular level. But maybe one day, right? Who knows.

I was also very much into God. I was in fact, on a search for God. I was a questioning Christian when I joined. Not so much anymore. I've come to terms with my spirituality and I'm content with it.

I was very much into learning about dreams and Astral Projection. Before joining, I'd had a few lucid dreams and a few Out of Body experiences which is thrilling to say the least. Since then, I've been lazy and failing at keeping a decent dream journal. Maybe I'll get back in it one day.

Idk. I guess I'll leave it at that for now. Wherever you may be, thanks for reading and enjoy the Sun. 🌞

Next one's on me

I don't like Pina Colada,Heineken and Strawberry Daiquiris are my bag,baby
Getting caught in the rain,well it depends,in town it's a drag,out here in the Bush its marvellous.
Cool thread though,will chat more when in a while
edit on 21-2-2016 by Raxoxane because: (no reason given) 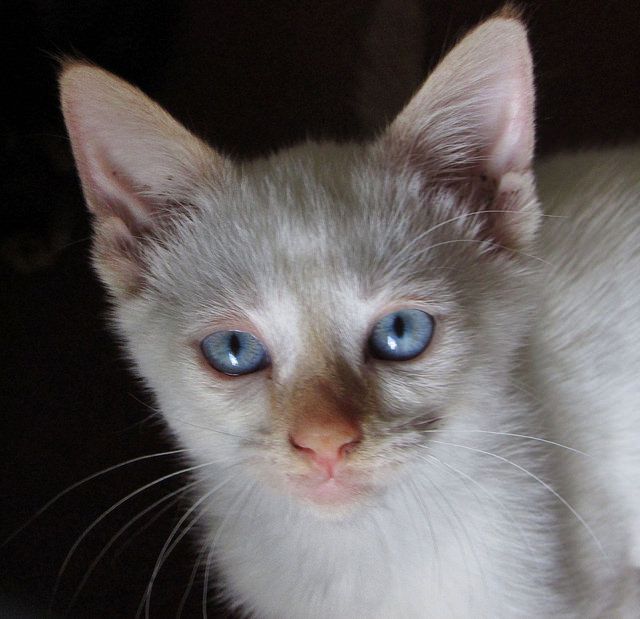 One of my cats.
I Must be surrounded by cats to be 100% completely comfortable,it's like a compulsion,many cats.In the absence of cats,it feels like there's something "off" Weird,i know!

I'm not into gods and deities,though i find the ones of the Vodun religion fascinating,especially Baron Samedi,but i do not practise any religion or worship anything.

I love digital art,here's a Baron Samedi-inspired artwork i made:

What's your Star sign? I am Taurus,Snake,Buffalo and Jackal according to the Western,Chinese,African and Primal systems.

I am also interested in quantum mechanics,but unfortunately most of it goes right over my head-a pity,as i am very interested in the true nature of our reality.As for maths,especially homeschooling my son,i can glimpse sometimes,the beautiful "dance" behind the numbers,but i'm not awfully good at actually doing more than basic maths,so he will need a tutuor in older grades. At least his dad can help him for some more years,he's better at maths than me.

You know, I actually never ever thought of looking into African astrology. How dare me. Lol.

My star sign is the same as yours! Ha.

Well would you look at that. Some nice art you've done there. 👍 I do a little art myself. Not as much as I used to though. I simply have little time now lol. Maybe I should make time. That's always possible. No excuses!

Maths is really interesting indeed. I will surely learn to make myself understand some higher echelon of it one day.

For whatever reason, I've always understood Quantum Mechanics. I guess when you think about it, its not all that hard to grasp the concept but harder to understand exactly how in theory it could all be possible.

I had ran into a guy a few weeks ago who is a Computer Science major. He learned I was a Information Technology major. He suggested that I get into either Computer Science or Computer Engineering. He apparently has been working on some things that are dealing with quantum coding and couldn't tell me the name of the quantum language he's been learning. He did say that consumer quantum processing computers are on the way. I just looked at him in awe.

As far as UFOs go, I've always wanted to see a UFO or an alien.. or something. Its never been my luck unfortunately. How did your experience go?

My ufo experiences went fine,it can be quite spectacular to see,the orange ufo brought me always a feeling of immense happiness and cheer. I became a bit frustrated with it,as i guess i expected some deeper interaction. But it is still around occasionally,twice in the last year when i was really unhappy or worried sick,it showed up on those occasions,which gave me the feeling of comfort,as if to say; "Hang in there" Maybe i'm anthropomorphising,not that ufo's are animals,but you know what i mean?

The abductions,well that's a different kettle of fish..it's not nice to wake up with needle-marks,bruises,sprained muscles,pain,bleeding etc. I went to bed in my early 30's one night,fit as a fiddle and woke up just about crippled. What followed was series of Voltaren pills,injections,Robaxin tablets,and using my mother-in-law's crutches to get around. I would get up in the night to piddle and my legs would collapse under me+i'd have to crawl to the loo.It got better with time,but to this day,almost 20 years later,my back is still not 100% well. The doctors didn't seem to know the cause either.Mostly it is the awareness,since early childhood,of having a "Truman Show" engineered,manipulated lifepath. Very restrictive.Very insidious.And to have one's children speak of dreamstate experiences that would indicate they are being interfered with also,not good.

Glad for you that you understand naturally,quantum mechanics! Computing and IT will always be a good career direction,unless the Apocalypse in some form or the other,and we're back in the stone age.But one cannot assume the Apocalypse,because then nothing would ever get done

I also don't get to do as much art as i would like,because i'm schooling my son,taking him to kickboxing,tending to the household,cats and dogs,cooking etc plus i have friends online art communities that i help with their stuff,sometimes i have to run art contests,etc but i get to a point where i Have to just sit back+take time to create.It gets to be very addictive,creating,especially with all the wonderful free photoshop-like apps and tools.Very much a compulsion,like the cats.

When you have a pic of something you created,available,i would love to see it. No rush,though,whenever. I know how busy one gets,as i sit here typing,i should've been adding veggies to the casserole for tonight. Never enough hours in a day-and i insist on taking at least one or 2 hours a day to just spend outside in nature,too.But that i don't like to skip,even if staying inside would save me valuable time. Luckily i don't need an awful amount of sleep. That's something I painted a about a year ago. I recently moved back to my hometown and I've been too busy trying to get myself together to do extra things lol.

I haven't paint much in life but it does bring a certain kinda of peace even if I'm no good at it lol.

Your experience with UFOs are definitely something. I've never really got into reading too many experiences.

There was one thing in particular I've always wondered about aliens though. It's said in Chinese mythology that Dragons taught Humans to speak. In the Bible (while I'm not religious) says that the snake spoke. I found that interesting. Also the idea of reptilians are a thing I suppose. Kind of makes me wonder if there's a correlation sometimes.

Hope your dinner came out well that night btw

That is beautiful..sorry it took me a while to come back to your thread,i can get so busy,specially this time of the month. I really love that. Have you thought of adding some silhouettes to it?

Yes i often wonder about the dragon mythology,i am convinced there were creatures like that,that really lived,a long time ago..if one was discovered today they would call it a cryptid. But after 50 years of life i know that when there is such a lot of smoke,it usually means a fire.I do not believe that they just invented these beings from flights of fancy. And here in the African Bush,i too have seen a strange cryptid flying creature,my husband and my son has seen it too. Streaks through the sky with a flaming trail. I've seen it "lift-off" vertically from the neighbouring game reserve,like those British planes,Harriers,if i'm not mistaken?

Then go horizontal and streak through the sky. I think it has some kind of nest or den in the game reserve,it always seem to come and go from there. Very fascinating sight,although my son was creeped out by it.