Could EDCs be responsible for transgenderism?

posted on Feb, 19 2016 @ 06:02 PM
link
Any reason for it will do, as long as it absolves people of all responsibility for the conscious decisions they make.

posted on Feb, 19 2016 @ 06:32 PM
link
Gay people have always been around, it was just the world were a little less accepting. Now that it is more accept we are seeing more people come out. To say transgender is a mutation... far fetched.

originally posted by: NthOther
Any reason for it will do, as long as it absolves people of all responsibility for the conscious decisions they make.

I don't know... don't you think there should at least be some responsibility on the individual? And I don't think we can blame EDC's for everything we do. Or everything we post on internet forums, no matter how limited it is in scope and content. Even if we include an emoticon.
edit on 19-2-2016 by Subnatural because: (no reason given)


Their are so many homosexuals now days, they had to change the Laws of the various lands to make the practice legal . The rise in same sex coupling in the advanced countries that ingest all these endocrine upsetting chemicals has got to be responsible for some of the rises. If its showing up in nature why should we be exempt.

originally posted by: NthOther
Any reason for it will do, as long as it absolves people of all responsibility for the conscious decisions they make.

Let me tell you about some of the conscious decisions transgender people do make with statistics published by The Williams Institute on the findings of the National Transgender Discrimination Survey regarding suicide attempts among transgender and gender non-conforming adults. Full report available here

As a whole, of the trans and GNC people responding to the survey that aren't already dead and couldn't respond, 41% reported suicide attempts during their lifetime vastly exceeding the normal 4.6% rate of the overall U.S. population.

Respondents who experienced rejection by family and friends, discrimination, victimization or violence had elevated prevalence of suicide attempts such as those who experienced the following:


So let's not say all transgender people fail to attempt to take personal responsibility or shun conscious decisions. At least they tried, right?

originally posted by: Freija
First of all, there is no rise in "transgenderism".


The number of children referrred to the NHS as a result of transgender feelings and confusion about their gender has quadrupled in five years, new figures show.


originally posted by: Freija
Go ahead, drink the water. It won't make you transgender.


It's not just the water. It's plastic food containers, plastic drinking bottles. If you have ever consumed anything out of plastic, you have ingested Bisphenols.


originally posted by: butcherguy
If it was proven that the chemicals that you have mentioned actually are the cause of transgenderism, would there be a group of people that would oppose taking them out of our food chain?
I am being serious. If you tried to stop it from happenjng, wouldn't you be risking being called a Transgender-phobe?


The logical thing to do would be to stop ingesting these chemicals. Not because there's anything wrong with being gay or transgender—there isn't. But who in their right mind would be opposed to not ingesting toxins?!


originally posted by: reddragon2015
Gay people have always been around, it was just the world were a little less accepting. Now that it is more accept we are seeing more people come out. To say transgender is a mutation... far fetched.


Gay is not the same as transgender.

originally posted by: Freija
Transgender people have existed throughout all of history across all geographical regions and cultures.


People have also been drinking out of plastic bottles for much longer than you'd think. And don't go telling me that this is Photoshopped; there was no Photoshop back in his day. 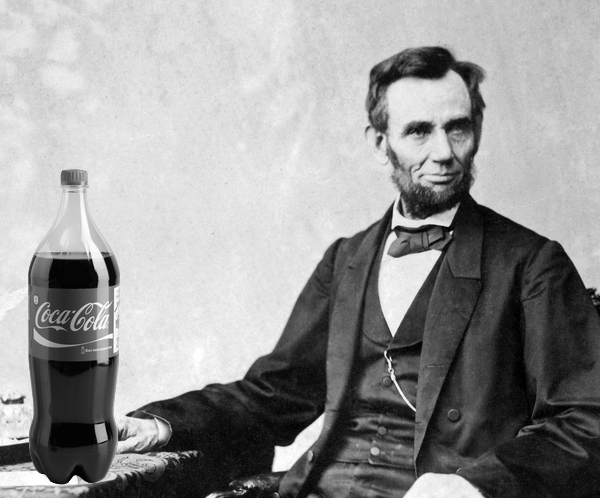 There is however a change in society whereby more and more people who feel as if they've been born in the wrong body are able to do something about it and actually live as how they feel.

Generally, many societies it's possible to be openly trans now, in a way where 50 years ago they'd have been beaten up and/or killed.


It's just the people who were always there, feeling able to be a bit more open and out about it.

Yes, a lot of things have changed during the last decades...
But the acceptance of trans/ gays/ lesbians etc is live in Western countries only.
If to take Arab, Asian countries that's abcolutely another story.