posted on Feb, 4 2016 @ 09:08 AM
link
The title is from the article so I wouldn't say that is true , but for 20K that is not too shabby. They also plan to provide DIY detailed IKEA instructions and how to deal with local county inspectors.

Even though the houses exceed structural requirements counties immediate response is to deny. Additionally, this could be a huge impact to the housing industry if it catches on.

It looks like the 20K is the DIY price . Although I'm not so sure how this will do when compared to prefab homes after building costs which could likely double or triple the price?

I'm thinking for this to be viable and competitive to prefab homes its going to have to become prefab as well even they don't want to go that route. Or possibly incorporate shipping containers.

Originally, the project aimed for a house that would cost $20,000 in total, including construction, though they now believe that more money may be needed to provide a living wage for builders. They've rejected the idea of using factory-made prefab parts (something that a related project in the area does), because one of the main goals is to also provide jobs. Still, whatever the final cost, it will be cheap. And if someone wants to put it together themselves, it would cost less than $20,000.

The houses are designed to appear to be sort of normative, but they're really high-performance little machines in every way," says Smith. "They're built more like airplanes than houses, which allows us to have them far exceed structural requirements. ... We're using material much more efficiently. But the problem is your local code official doesn't understand that. They look at the documents, and the house is immediately denied a permit simply because the code officials didn't understand it."


The Rural Studio's 20K House is so cheap and has such innovative design that it's changing the entire housing system—from mortgages to zoning laws.


Auburn University's design-build program in a tiny town in West Alabama, have worked on a nearly impossible problem. How do you design a home that someone living below the poverty line can afford, but that anyone would want—while also providing a living wage for the local construction team that builds it?

I think we are headed that way (sort of tiny house movement) and if not that, I think many of us will be going back to the way it was decades ago where several generations lived together for monetary benefits, taking care of aging parents benefits, etc.

2 people living in massive mansions was a far more rare thing back in the day than it is now.

But yeah... sign me up for one of those! I love it and it oozes charm.

How much would it cost to buy land to make one?

originally posted by: Indigent
How much would it cost to buy land to make one?

posted on Feb, 4 2016 @ 09:28 AM
link
Not my style of architecture but I can certainly understand why people would like this type of home.

posted on Feb, 4 2016 @ 09:29 AM
link
a reply to: interupt42
Hi, my late father in law was one of the founding members of the rural studio. D.K. Ruth. Their early examples of found objects and materials housing are amazing pieces of art. He and Sambo, also a late founder, would be so proud I'm sure!

posted on Feb, 4 2016 @ 09:30 AM
link
Some people are buying storage sheds that you see selling for around a thousand dollars and using those as a frame, and making tiny homes from them. some of the houses in the op don't seem to be much larger. The tiny homes are cute, but I do worry about them flying away if a strong wind comes around.

If I had some land, in an area that would allow it, I'd probably go for a tiny home.

an estimate in not central park, not a swamp?

I want a home

I stumbled upon a similar concept. Check out Green Magic Homes, a supplier of pre-fab high-tech modular housing units which utilise soil and "greens" to insulate the house and blend in with the environment, reducing heating/cooling costs in the process.

Then I looked at the price of land here in the Netherlands. 400 euros a square metre....ouch! Still a nice ideal though.

posted on Feb, 4 2016 @ 09:34 AM
link
How many square feet is that home? Because in many jurisdictions homes under 1000 sq. ft. are not acceptable, unless the area was once cottage country where existing cottages were built under 1000 sq. ft. With urban sprawl invading rural lands, tiny home living is not welcome (could have something to do with collecting taxes).

posted on Feb, 4 2016 @ 09:37 AM
link
I got a better idea.... just build an off grid home of some sort. Build it free out of materials you gather from all over the place. Or just dig into the ground. It wouldn't be as good as that one but in some ways it would be better. ie: 20 grand more in your pocket.


originally posted by: Indigent
How much would it cost to buy land to make one?

There are a lot of houses in Detroit that are available for FREE.... even cheaper than free, Detroit had a program going where they would pay you a dollar to take ownership of a home in their city.

a permanent foundation on owned land means forever taxes to 'lease' your own land from the government, plus the annual property taxes will become a form of debt slavery and will increase exponentially in the future imho

posted on Feb, 4 2016 @ 09:41 AM
link
Is that fully drywalled? I'm surprised to see it built that way. Also what kind of insulation can a sheet metal structure maintain? Maybe it's intended more for warmer areas without harsh winters.

originally posted by: InTheLight
How many square feet is that home? Because in many jurisdictions homes under 1000 sq. ft. are not acceptable, unless the area was once cottage country where existing cottages were built under 1000 sq. ft. With urban sprawl invading rural lands, tiny home living is not welcome (could have something to do with collecting taxes).

So true! I went so far as to find agricultural land and the codes in that area required 1000 sq ft. I was kind of able to get around it by building a 800 sq ft house and a 200 sq ft studio with minimum amenities.

There were variance applications which I could have lobbied for, but considering the time and effort that would have been, the county and I found another solution.

It was more than I originally had planned for, but it works for me.

The variables are way too numerous to provide an answer on vague criteria beyond, somewhere between $3000 and $3,000,000.

Out in the sticks, no utilities, no trees, cheap.

You can get cheap non-swamp ground in Wyoming or South Dakota among other places, but if you injure yourself you better have a helicopter.


This is their argument on how they differ from mobile homes. They go up in value and contain a safe room.

Unlike mobile homes, which, like cars, depreciate in value, the 20K houses have been appreciating sharply. The last 20K home they checked, McElroy tells me, was worth $42,000, after being built for $20,000 a little less than a year before.


The last 20K house built included passive heating and a safe-room in the shower, after the Moore tornado ripped through Oklahoma and killed 23 people earlier this year 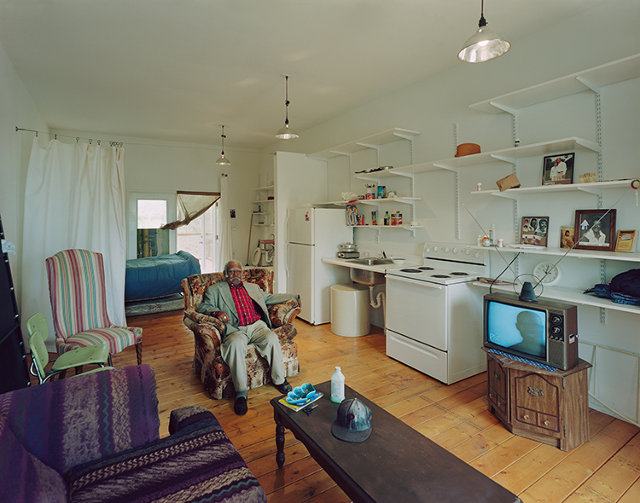 See that is my question, its build for 20k, but the land cost way more so you end up paying regular prices for a house no?
edit on 4-2-2016 by Indigent because: (no reason given)