Who is this lady? Appears to be a crisis actor hired by our government

page: 1
41
<<   2  3  4 >>
log in
join
share:
Rezlooper
+15 more
posted on Jan, 31 2016 @ 08:58 AM
link
This is pretty crazy video evidence of a crisis actor lady who appears in TV interviews at various breaking news events... on behalf of the government. For example, the opener is her at the Burns, OR standoff where she shows up with protesters wanting the occupiers removed. She says on video that she is a hiker, biker and enjoys public lands and that these people want to take public lands and privatize them. She is compared in the video to others where what appears to be the same woman is interviewed. Then, they compare her to a CIA plant in the Colombian government from some years ago and then to a woman in Connecticut who is an artist, poet and of course, actor, named Victoria Munoz. Very interesting and convincing video.

If this is true, it would appear the government needs to show that there is more support for opposition to any anti-government news events, protests, standoffs, etc., by hiring crisis actors, and why... you be the judge.
edit on 31-1-2016 by Rezlooper because: (no reason given)

OtherSideOfTheCoin
+31 more
posted on Jan, 31 2016 @ 09:02 AM
link
As far as conspiracy theories goes I think the credability of "crisis actors" is right up there with the existence of the tooth fairy.

originally posted by: OtherSideOfTheCoin
As far as conspiracy theories goes I think the credability of "crisis actors" is right up there with the existence of the tooth fairy.

Watch the video... you may just come away believing in tooth fairies.

Where they say they are 90% sure?
Where they think voices sound alike?
Where you get a video of a ladies head and face obscured by a hood, hat and coat?
Maybe it is where the narrator slows down his annunciation to try and bring more gravitas to his narrative

It never ceases to amaze me the jumps that conspiracy minds make or how they refuse to accept that people often can and do sound or look like each other.


That is odd because it doesn't seem that way to me.
To me I see the fact that different people can have similar traits..


The upper lip and upper front teeth look different to me.

posted on Jan, 31 2016 @ 09:18 AM
link
It looks like the same nose and the same creases in the cheeks. The implications of this is disturbing because it would mean sandy hook was 100% a false flag.

There couldn't possibly be four middle aged women with brown hair and glasses in the world! (The fact that your source used footage from RT rather than the original American media shouts volumes.) Epic fail.
edit on 31-1-2016 by DJW001 because: (no reason given)

Opeth, you seem to have a very strong opinion on this subject, since there has been a previous thread about this possible connection of this lady and you posted in that one.

I can admit that some of the pics don't look the same, but this woman who showed up in Oregon has very similar facial characteristics, especially to the woman from Connecticut, the musician.

originally posted by: Rezlooper
a reply to: DJW001

It shows that the creator of this video is, at the very least, being influenced by Russian state propaganda. This implies that the purpose of the video you have linked to is not to inform, it is to create mistrust.

how can you say same eyes if they all use glasses 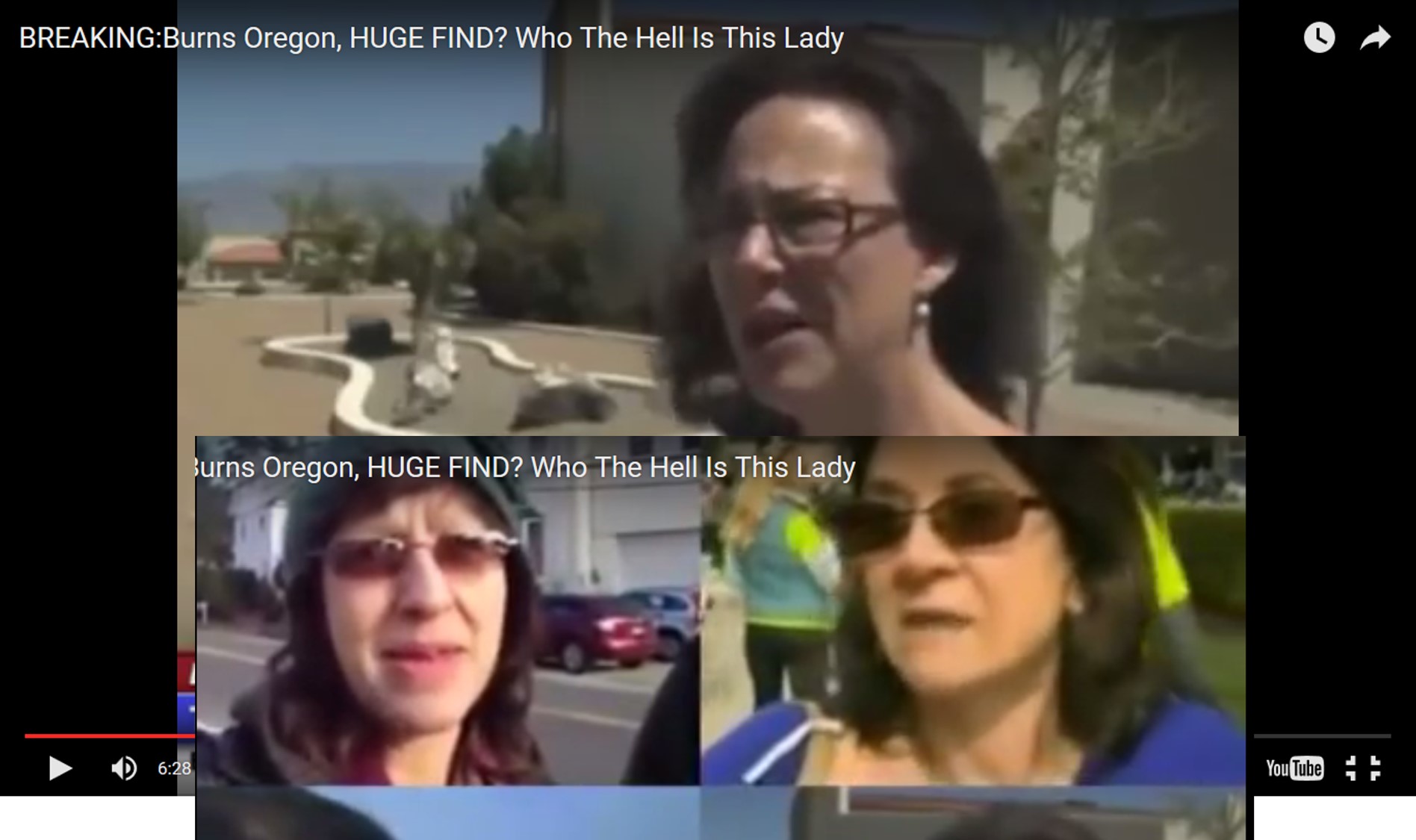 look at the ear of top and bottom right one, is not the same ear, look at the nose do you really see the same nose???

what about the chin?

posted on Jan, 31 2016 @ 09:44 AM
link
You and I have never really agreed on anything. Especially about something like this. However , after watching this video for the 3rd time I am almost convinced. Some wold say awwww the mouth doesnt look the same , etc. Tell me how many of us look the same every day. Stress , lack of rest , too much partying , emotions all play into our looks. Yes , they change. For me it was the lines in the face from the nose down. They look identical.

they dont look similar to me besides being 3 older white ladies wearing glasses with brown hair. but im white i suppose, we dont all look the same to me.

Rez I admire your courage for posting this. Do you notice how
the scoffers just refuse to see any visible similarities at all.
I'm sorry Aug but I have to use your statement in example.


I watched it with the sound off and saw no visible similarities.

An unbelievable statement at best.

The narrator's voice made me want to punch him in the face.

Either way, I saw no visual similarities.