I received news late last night my best friend Michael Feeman a fellow Marine, classmate, and brother has passed away last night after a brutal battle with cancer.

Over the years Mike and I became close friends. It began back in 2007 after exiting the USMC in the local college smoke pit in the Lebanon HACC campus, in the smoke pit. Cracking johnnie jokes and discussion about the marine corps it didn't take long we started becoming very good friends. Shortly there after Michael and I learned our interests were similar and we had some of the same classes. My favorite was an English elective. It wasn't long him and I were paired together as workshop partners in that class with Mrs. Weaver, we were told we were the biggest lot of cynics she has ever had in her 40+ years of teaching. He had provided the class and i with hours of laughter. Mike to me has been a great influence I will always admire him for his sharp intellect, dark humor, and even when he would harp on me like my dad (he was 23 years older then I). My best memories with Mike will be with me forever, we had some good ones. For example booze hounding with Struppie in a hot wired ford pick up truck all the way down to the in depth conversations regarding urban demographics and ww2 aviation, Mike loved World War two airplanes. Mike and I used to play COD Zombies online alot and develop plans to do a multi day hike through the northern Pennsylvania mountains to bushcraft and appreciate the solitude and freedom from society. We even did a dry run during hurricane force winds that flooded the Lebanon Valley back in 2012. Of course this ended up at the 901 bar and grill. I am going to greatly miss my good buddy and value all the knowledge, advice, and insightful opinions he has shared with me over these years. I loved my buddy like my brother and I hope he is at the NCO club in some cosmic USMC station. Good bye Mike Kilo 38 out!


Thank you ATS for listening
B-Man

I'm very sorry for your loss. It sounds like you two had a very special brotherly bond.. I can relate to your grief.

I would bet your friend/brother is still with you and watching from the other side, so don't let him down

Rest in Paradise Michael Freeman - thank you (and thank you OP) for your service to our country.

posted on Jan, 18 2016 @ 12:29 PM
link
Sorry for your loss and others that loved him. His love and friendship of you will forever surround you in spirit and memories. Remember it's ok to cry and grieve don't hold back. Take care.

A person that departs from this earth never truly leaves, for they are still alive in our hearts and minds. Through us, they live on.

Please accept my condolences and my thanks to you and Mike for your service.

That wasn't a friend you were describing. It was a brother. You were very fortunate to have somebody like that in your life.

posted on Jan, 18 2016 @ 12:44 PM
link
I thought he was going to make it. His cancer came from the contaminated water at camp lejuene from back in the 80's. The VA had it looked at and was verified by 3 other specialists. It was cancer in his throat and tongue. After 35 bouts with Kimo and other radiation treatment they told him the cancer had been put into remission and was going to be ok. Weeks later he collapsed and fell, after being cat scanned they discovered the cancer had moved to his brain and other places and their was nothing they could do. They put him in a nursing home and did what they could to make him comfortable. At the end he couldn't speak anymore so I would talk to him and he would listen, he would respond by pushing a button on the phone once in awhile so I knew he was still there. I am at a great loss as him and I were very close. I appreciate you all here listening as I dont really talk much about things like this with people in my everyday life. I find it easier to talk here. Thanks again for everything
edit on 18-1-2016 by Brotherman because: (no reason given)

posted on Jan, 18 2016 @ 01:12 PM
link
Yeah man, it was rough, I'm away in the north welding in Massachusetts he was in PA. He didn't want me to come back, he expressed his wanting to be alone for awhile. The best we could do up till he lost his ability to speak was on the phone. Him and I used to do some rad stuff together.

I am very sorry for your loss.

posted on Jan, 18 2016 @ 02:17 PM
link
Very sorry for your loss friend. And I'm happy for the memories and great times you shared. You'll meet again some sunny day.

Brotherman, I am sorry for the loss of your friend Mike.

Got nothing more than that to offer, and others have said it all already, so just take care.

Sorry for your loss - friendships are often more "close" than blood relatives.

just as a side note i think the term is "In Memoriam" not in Memorandum.

What a great testament packed into such a short space of text. When a person and a relationship can sound that solid in so few words...well, imagine what the actual experience over the years was like. Sorry for your loss, but happy for your having had him in your life.

posted on Jan, 18 2016 @ 04:09 PM
link
a reply to: dogstar23
U guys would've loved him here, he often lurked but said he never wanted a large net footprint, used to say if he posted, he would just be repeating things the common man could find if they just looked for it.

posted on Jan, 18 2016 @ 05:19 PM
link
Mike is on his journey to a better place. His suffering has ended and he is in peace. You will meet again someday. I'm sorry for your loss Honey! It is so difficult for those of us left behind. My thoughts and heart are with you at this time Brotherman! 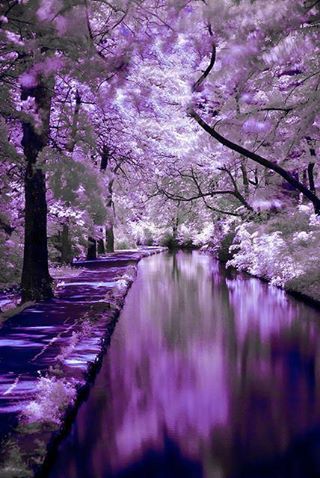 posted on Jan, 18 2016 @ 05:52 PM
link
So sorry for your loss, he has moved on and indeed you will meet again. However the immediate pain will ease in time, just remember the good times. Thoughts are with you, you were a true friend to him.

posted on Jan, 18 2016 @ 06:00 PM
link
a reply to: alienscot1
Him and I had some good times, I remember our first fist fight. Lol we were both hammered drunk on the marine corps birthday and we got into old school versus new school Marines somehow we got into it, mike was a big boy and somehow I ended up getting the better of him by hitting him with the tv. 5 minutes later were sitting outside bleeding and finishing a bottle of Finnish vodka sharing a smoke. I got a good story to share about the life boat exercise we were assigned to in class together I will share then. Lets just say the teacher was shocked and laughing and the female students never looked at us the same way ever again hahaha

posted on Jan, 18 2016 @ 06:06 PM
link
So the life boat, make a longer story short, the exercise basically was your in a sinking ship n you n your partner got a life boat with room for 4 more people but there are 20 in the ocean. They had ppl to choose we could pick up like a criminal, a navigator, a doctor, a professor, a mom and her kids, a hooker, etc. Me and my buddy mike instantly looked at each other and were thinking the same thing. The poor teacher had us write about who we pick and why, then we were supposed to read aloud to the class. Needless to say we were selected to go last because of other projects. So we listened to everyone over 2 class periods until it was our turn. People had these ling elaborate plans of who and what and why, ours was simple. It read something akin to "Kyle and I will take our chances. We picked up the hooker and sailed into the sunset." The end lololol the prof about spit her coffee out and the rest of the class either laughed like hell or claimed we are sexist. We got an A for one sentence. It was a great victory.