Since ATS doesn't have a dedicated geology/paleontology page, I was unsure exactly where to post this. Anyway, I live in central Texas in Austin. I like to go hiking every once in a while on our local hiking trail, called the barton creek greenbelt, and look for fossils. There is tons of limestone, chert, and occassionally some quartz (small amounts) found on the canyon walls. Because of the majority being limestone, there is an abundance of marine fossils to be found. However, I'm unsure exactly what the makeup of these fossils are.

I've found various fossils over the years in Texas and Pennsylvania (where I grew up), and there is a clear difference between something that is fossilized that I can clean until it can't be cleaned anymore, and the fossils I find here on the greenbelt. Normally when I clean fossils, I use vinegar and gentle brushing. This has always worked in the past, but these fossils SEEM like they'd completely dissolve if I left them in too long.

I guess what I'm saying is that these fossils aren't mineralized, or at least don't seem to be. I've attached a picture of one I found today for an example (also, anyone know what it may be?) I found this in the first rock I looked at. I could see a small part of it beveled out of the rock, and used my hammer to knock off the attached rock. This was found in the same area where I've previously found small ammonite shells. Unfortunately, today was a dull day, and this was the only thing I found (though I did find some neat quartz veining, but it was tiny). 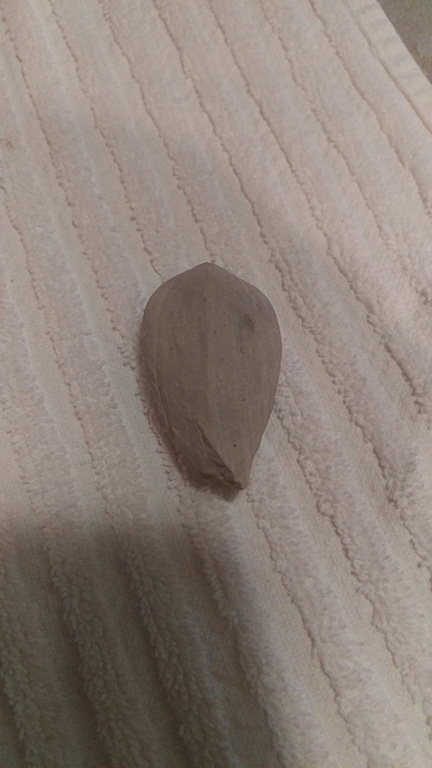 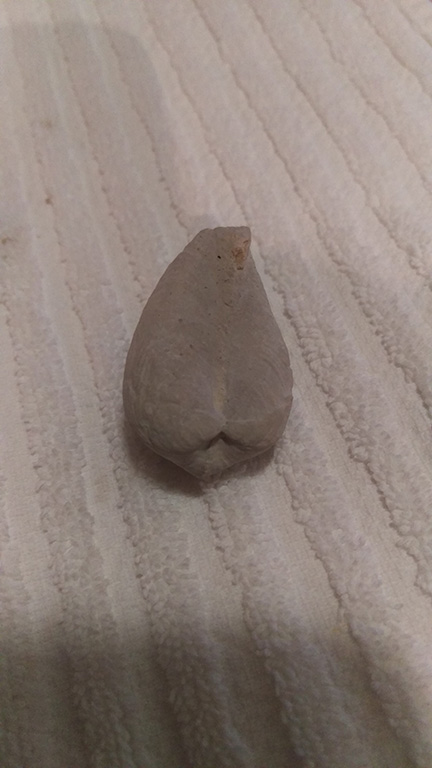 Click on the arrow pointing down and a sub menu comes up. Click on the "Upload" button, then upload the images from your computer directly to ATS.

Once it's uploaded you can click on the image and copy the BBcode for use in post, BBcode for thumbnail link in post, and the direct URL of image

The reason a photo might not show up after you've uploaded it is because the file is very large, either in dimensions or file size. Try reducing the image size and it should work (1000x1000 is still fine)

Thank you very much! Turns out I was doing it correctly, but the file dimensions were too large.

originally posted by: schuyler
You need to put some sort of size indicator on the pics. That thing could be an inch long or 10 inches long. Right now it looks like a coprolite!

I think you've hit it on the head!

Perhaps that's where it should have stayed.

Send a PM to Byrd . She's Austin, Texas and probably the foremost expert on ATS when it comes to fossils and archaeology. Whatever you have there, fossil or otherwise, she'll be able to help you out. Alternatively, JohnnyCanuck is also an expert and as helpful as Byrd.

1st side looks like an Almond with the shell to me, 2nd side looks like an open Cashew or some kind of been, though I have seen some sea shells look very similar, which were fossilized in an area of Northern Manitoba, just under North of the 53rd Parallel, what is now a River, part of a huge lake, which still grows corral and has salty ground but not salty water.
There were plans to open a salt mine there but maybe all the fossils and whatnots we're not being told have temporarily stopped the plans.
No one seems to really know....

posted on Jan, 17 2016 @ 06:46 PM
link
Is it legal to collect fossils on public land in Texas? In our state you can be charged for collecting on public lands. Fossil hunters have to restrict their collecting to private property with the owner's permission.