Some Obama.Care policies that take effect in 2016

Now, finally after several "delays", the employer "responsibility" to provide full time (more than 30 hours) employees with insurance takes effect for the last of the holdouts (51 - 100) employees.

The formula is semi-complicated as to determine if an employer actually has more than 50 full timers.

I suspect some have already cut hours down to stay under the radar of the IRS collectors.

And, for people not "buying in" to the insurance pyramid, the fines go up this tax year.

The "subsidies" are changing also, but you still must buy a policy on an exchange to get the subsidies.

Don't know about the high priced deductibles, but I'm sure many people will still be filing medical bankruptcies for years to come.

That "affordable" health care the Democrats gave us in 2010 - on a reconciliation vote when none of them had read the entire 2,000-plus-page bill - sure keeps getting harder to afford. Of course, since ObamaCare is an unconstitutional mandate on individuals to purchase a product offered by private companies, it's also quite difficult to afford not buying it - even though the product itself continues to devolve further into craptasm.

Welcome to 2016, where the penalty you'll face for not buying a product that's now a bigger ripoff than ever will explode as follows:

And now, ladies and gentlemen, your new, bigger, 2016 ObamaCare penalties


As of January 1, 2016, the Affordable Care Act definition of “small” group employer (for purposes of insurance market size) increases from 50 to 100 employees. One significant impact of this change is that the ACA’s small group rating limitations (e.g., age-banded rates) will apply to employers with 51-100 employees. These employers were previously considered “large” employers so their rates were set using various factors such as claims history, industry and location. In the small group market, carriers can set rates based only on age, family size, geography and tobacco use (although California has prohibited tobacco use as a rating factor).

And I thought it sucked already.

Good to know it is actually going to get worse. Can we PLEASE repeal this garbage and put something in place that is actually GOOD for people and the country?

I think we all know that's never going to happen.

Clearly the only solution is some version of Nationalized health care.

It's ok, I didn't want my money anyway 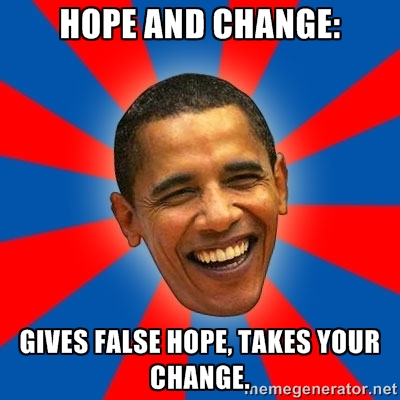 posted on Jan, 4 2016 @ 07:55 PM
link
Obamacare is trash. It was a handout to the insurance companies by forcing people to buy a corporate product. Welfare at it's finest.

The system it replaced was trash as well because the insurance companies could take your money in exchange for coverage and then deny certain services based on their willingness to pay for it.

Both systems allows for you to be sued in court over the bills.

Only solution is a universal healthcare system in which all people are covered and there is no threat of legal action. You should not have to defend yourself in court just to stay alive or in good health.