Many opposition forces are dependent on ISIS for diesel.

Terrorist groups are cashing in on $1million in crude sales every day, according to the new Global Terrorism Index.

The figure comes days after ISIS terror cells massacred at least 129 people in the France’s capital.

Steve Killelea, executive chairman of the Institute for Economics and Peace, which compiled the report, said: “I think what we’re looking at is a well funded terrorist organisation – the funding gives it the ability to be able to pay for soldiers and fund terror acts beyond its borders.”

In the report, Christina Schori Liang from the Geneva Centre for Security Policy outlined the role oil plays in the terror group’s financial abilities.
It is thought the group controls 10 oilfields dotted throughout Iraq and Syria, allowing it to sell up to 40,000 barrels of crude every day. The total equates to $1million.

“More importantly, oil is used as a leveraging device to control its enemies. Many opposition forces are dependent on ISIS for diesel.”

The crude is thought to be smuggled through the black market before being consumed in Turkey, Iran and Jordan.

I'm beginning to think Toyota are running all the wars.

Did Rockefeller oil fuel all sides in WW2 or have I got that wrong?

What's your view on this?

Makes no sense a terrorist group are making 1 mill a day from oil sales...

"40,000 barrels of crude every day"
that seems like a lot of oil to be smuggled into Turkey every day, thought that would be kind of hard but I guess not.

I'm sorry, but that report sounds like a lie.

How would ISIS actually ship diesel across the frontline to say Assads army? It makes no sense at all. Why would ISIS give a vital thing like fuel to it's enemy?

Turkey is the guilty party here - it is probably acting as an intermediary and buying the oil etc and then re-selling it. It is this country that we should be pointing fingers at,

Let's put a face to the lie. 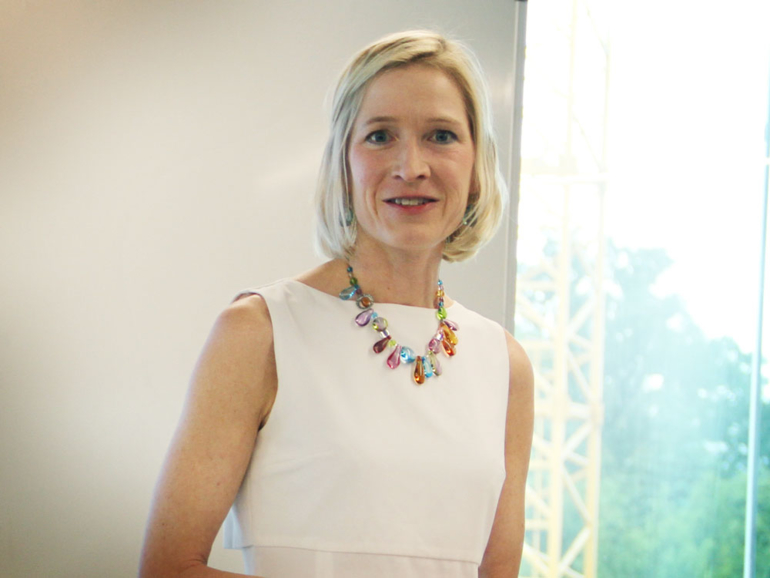 Christina Schori Liang has been working in the field of security policy for the past 20 years. She began her career at the American Institute for Contemporary German Studies in Washington D.C., and in 1996, moved to the Geneva Centre for Security Policy where she became engaged in information management and research. In 2007, she started teaching for the GCSP’s core training programmes both in Geneva and abroad. In 2012, she became the Co-Director of the New Issues in Security Course (NISC) and in 2013 she was appointed Director of the NISC.

Dr Liang has lectured at universities, military academies and international organisations in over 20 countries on subjects related to countering violent extremism, terrorism, transnational organised crime and emerging security challenges. Dr Liang was an Adjunct Faculty member for Boston University from 2008-2013 where she taught a course on International Security.

Dr Liang is also a founding member of the Switzerland Chapter of Women in International Security (WIIS). She is a member of the Partnership for Peace Consortium of Defense Academies and Security Studies Institutes, and serves on the Advisory Board of Columbia International Affairs Online (CIAO).

Dr Liang obtained her BA in Political Science from Hope College, USA, and holds a DES (Masters Degree) in International History and Politics and a PhD in International Relations from the Graduate Institute of International and Development Studies, Geneva, Switzerland.

And this 'Geneva Centre For Security Policy'. What's that all about?

The Geneva Centre for Security Policy (GCSP) is an international foundation at the heart of international Geneva. It was established in 1995 on the initiative of the Swiss Confederation.

We are
A leading executive education centre in global security policy
A platform that facilitates dialogue and exchange in support of peace, security and international cooperation
Recognised as innovative, dynamic and impactful

We are known for
Fostering strategic, innovative and critical thinking in our participants
The ‘GCSP Way’: the co-creation of knowledge and understanding by bringing together leading scholars, first-class practitioners and outstanding participants from around the world
A stimulating learning experience in state-of-the-art classrooms

I think you're right. They sound like an uneducated bunch of losers.

I can't actually tell if that was sarcasm or not....

It seems like it is just a report spewed out by a corporation profiting out of even dumber politicians who read this sort of crap, believe it because the authors 'have lots of letters after their names' and then make insanely dumb political decisions that affect the lives of millions based upon it.

What you've stumbled upon is another cog it the NWO machine.

Apologies for the sarcasm.
No really. I am sorry.
But it is only the internet, we can have a bit of a laugh without letting it cloud our judgement.

I agree the politicians have such busy lives they don't actually have the time, usually, to check things out for themselves. They're easily misled.

That's a lot of guilty looking donkeys travelling the back roads.

Now I can't tell if I'm being sarcastic.

Oil and gas engineers are being told to “name their price” when applying for jobs with Islamic State, according to an international terrorism expert.
The Islamic caliphate, which controls a vast oil supplies and infrastructure in Syria and Iraq recruits engineers to join its hydrocarbon production sector that operates in similar ways to a national oil company.

Dr Liang said: “Oil is hugely important to ISIS and is helping fund its operation. It is recruiting online, with the promise of high salaries, flat screen televisions and a comfortable life – if you pledge allegiance to IS.”
“They can name their price, but when they get there do they discover they cannot leave, or their family will be harmed,” Dr Liang added.

I thought I was joking about the donkeys. Apparently not.
"Oil is smuggled throughout Iraq and Kurdistan and into Syria through a network of criminal operatives through desert routes and rugged mountains using trucks or donkeys, and through legitimate crossings for consumption in Turkey, Iran, and Jordan. Many of these were already established to circumvent the UN sanctions imposed on Iraq."

"A recent report by the Financial Action Task Force stated ISIS has built underground pipelines, and rudimentary stationary and mobile oil refineries.
Coalition forces have been targeting its refineries and pipelines, destroying 16 mobile refineries by the end of 2014. However, it’s estimated ISIS can rebuild a single mobile refinery in 10 days for as little as $230,000.
ISIS also supplies the regime of President Bashar al-Assad.
“Both sides are attacking each other, but also rely on each for for fuel and for money. It happened in the Balkans in the 90s – they were fighting each other by day and smuggling by night,” said Dr Laing.
“The way to defeat ISIS is to cut its money and discredit its ideology and brand. It will be very hard to do this.”
www.energyvoice.com...

posted on Nov, 18 2015 @ 10:31 AM
link
This is all just so ridiculous. Over god damned Oil..i would prefer every oil field in that region would simply catch fire.

Make the idiots in charge develop a new system for energy so finally this madness can stop.

Its like god said watch me drop some sugar but only over there and then sat back to watch the ants wage war.

Wars are created to generate a lot of money of the Elite...so my guess is propaganda to start religious warfare to create tensions, which ultimately will lead war with middle east once again.

Behind every conflict money is always being made by the few.

What a messed up situation. But very interesting article.
Finally they started bombing the fuel trucks!

posted on Nov, 18 2015 @ 02:07 PM
link
So ISIS has oil refineries?! And petroleum engineers and supporting logistics to make diesel and other fuels? I know, they export the oil, then recieve the refined oil byproducts by cargo ship and deliever the much needed diesel with tanker trucks. i mean they gotta get the fuel for those toyota trucks and black hawk helios someway.

Such tempting targets. Matter of fact, if the global powers wanted to freeze ISIS income, they could easily seize those oil fields that they use for production but then that means crippling the boogey man that was created, then what reason would anyone have to be in the middle east?

Al-CIA-da is so yesterday, its ISIS now.