Terrorists are using playstation 4 to plan their attacks

posted on Nov, 17 2015 @ 02:25 AM
link
It's obvious that other communication systems are monitored by the intelligence agencies, but now it seems they found a way to plan their attacks by ingame chatting and texting via playstation 4.

Terrorists could be using the Sony PlayStation 4 games console to communicate with each other because it is so hard to monitor, according to Jan Jambon, Belgium's Minister of the Interior. 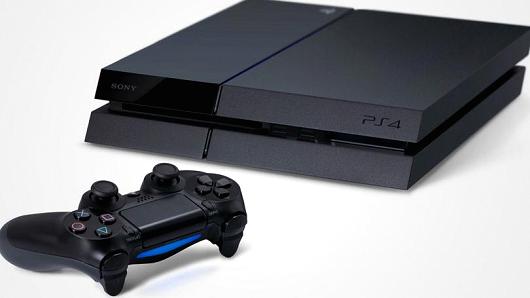 I don't know if they also use other game consoles to communicate . But I've got to say that they should closing every gap that's giving them the chance to coordinate such an attack .


I wonder how they are going to solve this, but I think they should talk to Sony about that..

dont look at me though im old fashioned
edit on 17-11-2015 by DOCHOLIDAZE1 because: (no reason given)

I'm very well aware that they could and the comms wouldnt be that easy to track. But the message that was given out was that PS4 may have been used as comms, not that they were used.

This is all hearsay, and I for one do not believe they used PS4's

posted on Nov, 17 2015 @ 02:30 AM
link
I was thinking of getting one for battlefront maybe I'll go Xbox, just in case someone thinks I'm a sympathiser.

One interesting thing I've noticed... I play a lot of Battlefield, because I find it relaxing (guess that's what playing doom and wolfenstein during the teens does to you), and every so often I land on servers owned by clans that call themselves KSA.

They are obviously arabic and sometimes they even have "rules" attached to the server that specific groups of people are not allowed to play on the server and will be banned.

Do I imagine that you could train terror attacks by playing video games? No, definitely not.... but they could indeed communicate while playing.
I've never heard anyone discuss anything though. It's pretty easy to mute other players.

I would say though, that under no circumstances would I support banning of video games, or social gathering over fx. the PS4. It's a slope that can only lead in one direction and that is a bad one.

posted on Nov, 17 2015 @ 02:31 AM
link
i have a friend in London who plays PS4 like it's going out of style. And his family are Muslims. He has done some illegal hacking and some other shady things, but if there's one thing that he really, really dislikes--it's the terrorists. Freaking hates them, I kid you not. Granted, I don't really know the guy, so this is all hearsay. But pretty wild post. Good to know

The nameless ones are all over it...

The OP speaks the truth...

originally posted by: 5StarOracle
Its ok the best hackers in the world vow to end their comunications and help locate and track them...

The nameless ones are all over it...

The OP speaks the truth...

YES! The Nameless ones will prevail

Always makes me think of World of Warcraft when saying the Nameless ones, lets hope they aren't like that

I think it's obvious that those terrorists have obtain information that this console is the best way to communicate without being tracked..

And I think that its logical to assume that it is true, after they hacked play stations network before leaving Sony nothing else to do then to secure their on-line content on the ps4..

Maybe so, but I still don't believe PS4 is used to communicate this. All sources about this twist the story and if you read them they all say MAY have used.

Regardless there are other means of communicating which would be hard to penetrate. WhatsApp for one, Whisper, many apps, Tor included.


KEYWORD here is COULD!
They Could also be communicating by carrier pigeon.

But hey just in case lets spy on everyone and intercept those nasty pigeons.


KEYWORD here is COULD!
They Could also be communicating by carrier pigeon.

But hey just in case lets spy on everyone and intercept those nasty pigeons.

No one will every suspect the pigeon!

Well then we should check if there are pigeon transports between the middle East and the west I guess.
But I think we should follow the in-game pigeons ..

originally posted by: 0bserver1
a reply to: muSSang


The leak released by Snowden was Washington allocated 200million in funds for the training of the carrier pigeon, but after some time only 15 were trained and eventually turned and joined ISIS.

posted on Nov, 17 2015 @ 02:56 AM
link
Maybe this story is just being released in an effort to get terrorists to use PlayStations to communicate because they are an easy bottleneck to monitor.

posted on Nov, 17 2015 @ 03:00 AM
link
a reply to: CraftBuilder
Then I suggest that they made an addon called Battlefield 4 the ISIS attack and you can freely chose sides between The army or terrorists , to lure them out of their holes ..

posted on Nov, 17 2015 @ 03:04 AM
link
This is also indicates that it offers a new route of grooming for sexual predators, if it is outside of the police's observational net...so parents be (even more) aware.

Better yet link the new 40 mph nano drones that are almost undetectable able to gain access into almost any structure and are lethal...

Send real targets as missions in realtime and make it so you only gain exp for success any wrongfull kill resets all exp...

Rapid success... an end to this crap with minimal loss of innocents...

posted on Nov, 17 2015 @ 03:15 AM
link
This is actually a continuation of the Snowden leaks that claimed NSA, law enforcement, and other groups were infiltrating online games to look for potential terrorists. Here's one of the original articles about it from 2 yrs ago.

And here's a youtube vid I saw a year or so ago from a World of Warcraft player named Athene. It's both hilarious & touches on my doubts about the results of these "spying" programs. I used to play WoW so it made even more sense to me (note: clip contains profanity)


originally posted by: 0bserver1
a reply to: muSSang

The leak released by Snowden was Washington allocated 200million in funds for the training of the carrier pigeon, but after some time only 15 were trained and eventually turned and joined ISIS.