One Day Before Paris, There Was a Massive Terrorist Attack the Media Ignored

What happened in Paris is very wrong however things like this happen on a regular occurrence with little coverage on the media unless it supports the consensus of the status quo. I wanted to share this story with you.

Termos was at the market with his young daughter he tackled one of the bombers the ground sorry to say neither of them survived. 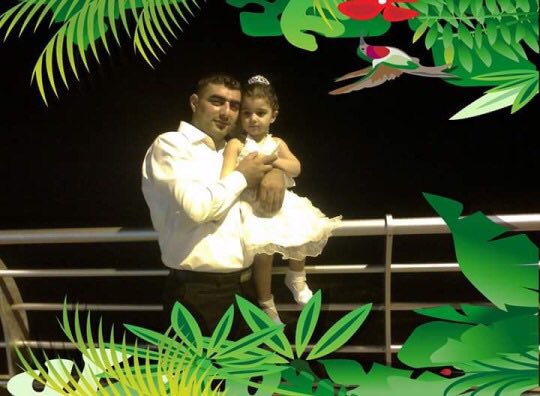 World One Day Before Paris, There Was a Massive Terrorist Attack the Media Ignored Nathan Wellman | November 14, 2015 “It’s not just Paris we should pray for, it is the world.” Facebook Twitter There was a deadly terrorist attack this week that killed dozens and maimed hundreds, and it didn’t take place in Paris.

Journalist Tamara Quiblawi described the aftermath of the previously bustling open-air market in the Bourj al-Barajneh district to CNN. “There’s a lot of shattered glass on the street, a lot of blood,” she said. “And it’s really just a scene of chaos and carnage.”

Beirut was also a scene of heroic sacrifice, as Adel Termos tackled a second suicide bomber who was preparing to explode. “He tackled him to the ground, causing the second suicide bomber to detonate,” says Beirut Elie Fares. “There are many many families, hundreds of families probably, who owe their completeness to his sacrifice.”

Sorry. I get what you're trying to do, but I saw several articles about it.

Yes a hundred of so dead and theres snippets of news. The coverage is as said scant The images however of what happened in france have been news spooling all day and im sure if wont stop for sometime yet. wide scale coverage is used a means of political leverage..

Except for the cowardly scum.

I see no difference in ISIS and any politician who uses these cowardly attacks for personal gain.

Without America, the middle east would be half as f**ed as it has been since 911.

Without Americans paying these rebels to kill, they would not be financed and have no resources to do what they do (food, supply crates, ammunition, guns, rockets, anti rockets, trucks and Toyota, blueprints of geographic interests..).

I can keep going, but people will get the point. Those backing rebels have spawned all the evil happening in the daily "news", that they push...

Hate the bomber, but don't hate the orchastators.


Hate the bomber, but don't hate the orchastators.

Thank you thats why this thread is here...

So peeps can see it for what it is..

Glad the thread was of interest to you.

Yeah people are only interested in what they want to see.

originally posted by: TheAmazingYeti
Ignored by the media? I don't think so. I just think nobody is interested unfortunately.

The media is used to define what people are interested in.

The attackers AND the white house..

But these type of attacks happen every single day in other countries. When I see it slapped over every chanel about Paris, it irks me that they act like it only happened there, or 7/7 or 9/11. This sh#t is happening everywhere people! Wake up!

people that are not in a place that has that kind of thing happening quite often grow complacent with it.
but when it happens in a place where it's is not a common occurrence, it's a shock.

just like when the ira and the british were going back and forth, you'd hear a little blurb here about it, but in UK and ireland it was all over the news.

This is a strong indicator of the Paris attacks being organised or at least permitted to occur. The key lies in knowing who makes the decisions to cover or not cover any given event.

Normally this kind of event would the human story in the nightly news. Perhaps it not go to air because they did not want to detract from the next days events.

originally posted by: Bluesma
Ignored? What? It was huge news and reported all day....?