posted on Oct, 22 2015 @ 05:55 AM
link
There are numerous examples of incised stones from the Ness of Brodgar site for which no explanation has so far been suggested other than they generally of the Neolithic type, not unsurprisingly, these include however what appear to be illustrations of stepped pyramids...

Throughout the excavations on the Ness of Brodgar, numerous examples of Neolithic “art” have been uncovered.

At the end of the 2009 dig, around 80 “decorated” items had been recovered from the site. 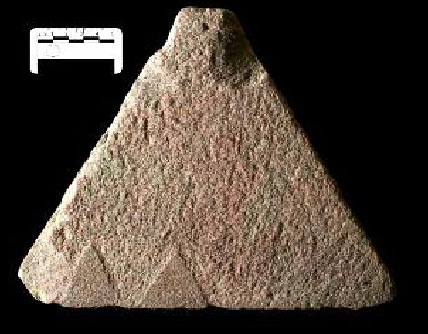 “From simple, incised decoration to pecking and more substantial carved motifs. For obvious reasons we can’t say for sure what these represent — whether purely decoration, ritually symbolic or perhaps just somebody making their mark on a structure.” 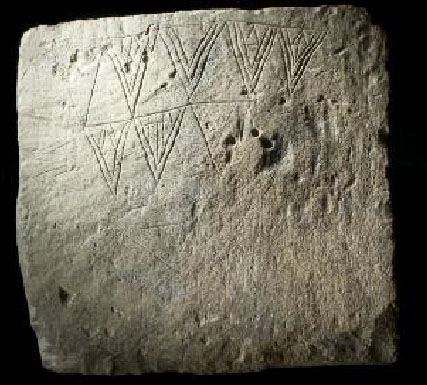 In my opinion what is seen is formative interest in the pyramid/sacred mountain and though they never went on to actually build any as far as is known, the interest was certainly there. 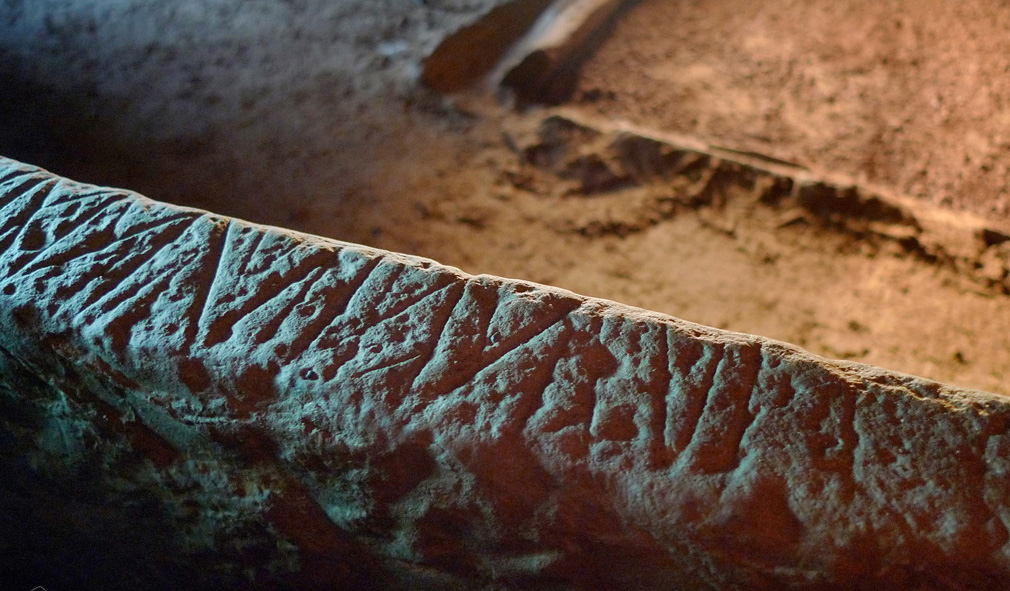 The basis for their interest is going to be the same as per the likes of the Sumerians and Egyptians and concerns archaeoastronomy and the development of understanding of the ecliptic plane and the magical mountain associated with such, the zodiacal light that is dust particles reflected along it from the sun beneath the horizon. 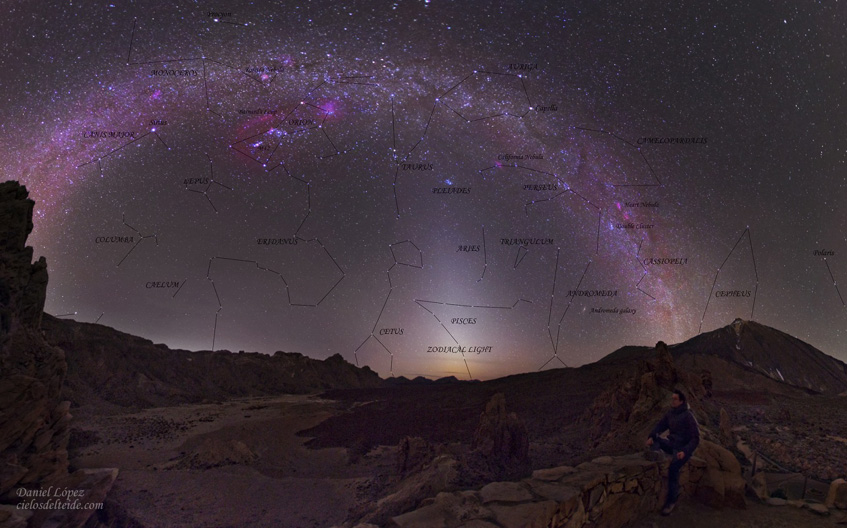 There are numerous examples form Ness of Brodgar showing the pyramid shape in association with a long incised line that would represent the horizon, the zodiacal light is not always seen upright and regular and these reflect this.;

It isn't actually understood in the least that the magical twin mountains of Sumerian and Egyptian tradition relate to the zodiacal light, only my own understanding, but of course any mountain that can be associated with the points of sunrise and sunset over the course of the year has to move along the full extent of the horizon between the solstice points, thus you could have for example the mountain at the summer and winter solstices and equinox in terms of three major positions. 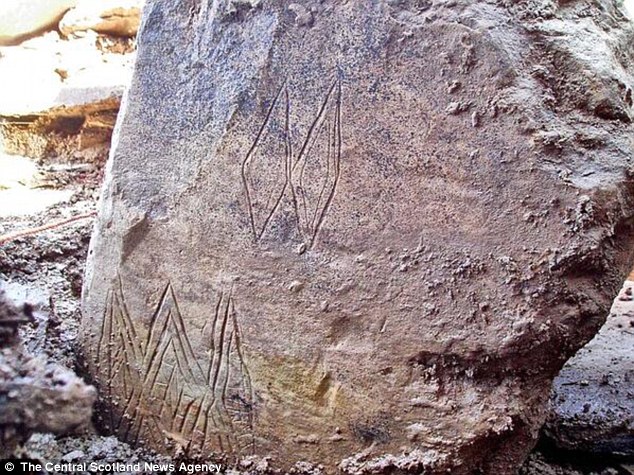 Often at Ness of Brodgar the mountain symbol is seen reflected or mirrored, such that it becomes a diamond or lozenge shape, this probably indicates that it will be mirrored on the opposite horizon at sunset, the essential nature of the twin mountain. 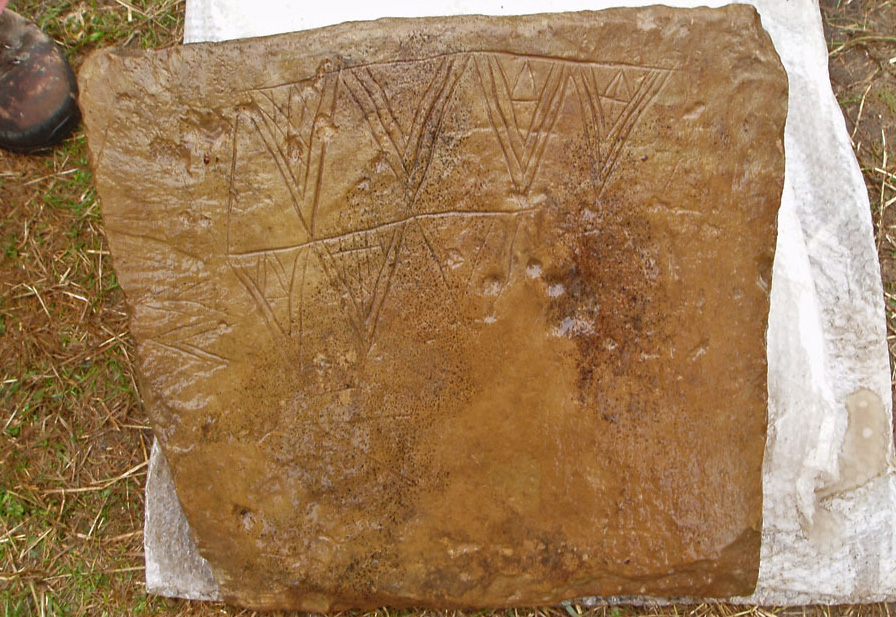 The importance of this mountain was that in preceding sunset the sun was understood to emerge from beneath it and return within at sunset, generally there were considered to be great doors set beneath. In Sumeria the mountain was known as Kur and Inanna-Kur as astral Venus was the most commonly associated with it in terms of being seen upon its heights, in epitaphs such as Kur-ra-diri-ga, she who dominates the Kur, Kur-gul-gul, Devastatrix of the lands, the inner chambers beneath were the domain of Nergal, the sun in the underworld.

It was of course the fact that the sun emerges from beneath the mountain reborn that led to the Egyptians adopting the mountain of the horizon as the focal point of their rebirth cult, in Sumeria this never occurred. The stepped ziggurat was however associated with the planets and sun and moon that travel along the ecliptic plane and in such symbolic arrangements the blue Temple associated with Venus generally got to be on top reflecting the primary association with the mountain as zodiacal light.

Of course there are no written records from the Ness of Bridgar culture but they could be expected to make similar associations, the evidence such as it is for their interest suggests this was the focal of their belief system, the framework upon which the mythological narrative would be based.

When one considers the extent of the interest in the natural phenomena it's actually quite surprising that they didn't go on to build pyramids, though perhaps it was considered that they were already in abundant supply in the greater region, thus you could simply associate actual mountains with your mythological framework, saves a lot of effort, but anyway hopefully all this will perhaps one day be more commonly appreciated.

Art and Architecture at Ness of Brodgar

The Watchers of the Northern Skies learnt to calculate when major Icelandic volcanic eruptions would occur by measuring the harmonics of the earth.

When they saw a big one coming they gathered and made the journey to Egypt.

Well the only reason i'd consider for sighting an astronomy based cult at the Northernmost tip of Scotland would be in order to better observe the Northern lights, another ephemeral astral phenomena in conjunction with the zodiacal light, that and the open vista afforded by the geographic position.

The Ness of Brodgar is a phenomenal place. Over 6 acres of stone circles, housing, 'streets' and a neolithic cathedral. Inside a number of the buildings, the walls have been painted shades of red, brown and yellow. So it's sensible to suggest that these stones weren't just carved with a pretty pattern - these markings had meaning.

I've seen these motifs as a way of marking, or counting something - more than likely astronomical observations. I also think that they used a form of ogham (a good example in one of your stone pictures) but nobody else does.
I like your idea of the triangle representing the unknown 'below' and the seen above, which is a similar motif to the otherworld and this world.
It's interesting and a delve into folklore about mountains might bring a few ideas to light (which I shall do for you presently).

Yes there was a progressive pattern along the length of the horizon between the solstice points over the course of the year, you could represent this by the mountain of dawn because there isn't any other visible indicator of the ecliptic plane, so the horizon as a sequence of magical mountains.

As i mentioned planetary and solar and lunar Deities are very much associated with such a mountain because they are seen to emerge from within and return thence. 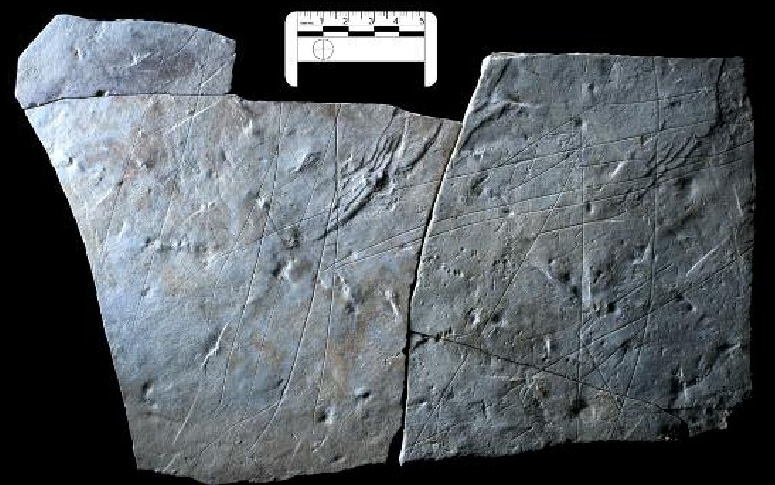 Theres also concern with the subdivision of the mountain symbol which could perhaps relate to angles of ascension and descent in terms of rising and setting bodies, astronomy basics.

Have you read Stars, Stones and Scholars by Andis Kaulins?
I think it was Skalla who told me about it, it's an excellent read and helps to give another perspective on the standing stones. In essence, the author believes that megaliths were placed in accordance with the constellations, place names took their name from them etc.
Plus it's got a photo of the author having a fag in his anorak on the back cover, which always makes me smile.

Could you sumerize it very very short, cause i get lost =)

I haven't but maybe i should because i also think the same, but i'm not sure if in the same way, i would approach things in the same way that i looked at the Newark Earthworks, that groups of constellations were rendered upon the landscape on a huge scale, that one could track the vernal equinox through them.

a reply to: Hyperia

I don't see anything complicated, in visual terms the zodiacal light is a mountain of the horizon from which the sun rise, and sets, it's house, the Egyptians were so impressed they built replicas.

Woah, how did I miss that thread? Going to have a read now.