posted on Sep, 28 2015 @ 01:45 PM
link
Well when I measure the excitement here , I can say to NASA it's O.K now to tell us the other mysterious finding of aliens farting close to the rover .. we can handle it

originally posted by: donktheclown
a reply to: Soylent Green Is People


is probably very common throughout the galaxy/universe


Hmm, that's true. I didn't think of it that way, thanks.


Many people suspect Mars has an underground water supply like the Earth does (and perhaps as the hollow Moon once had).

Scientists have recently confirmed the existence of the Apzu, it is thought to be a layer 410-660 km below earths surface. It is thought that there is more water down there then all the water of the Earths oceans combined.

According to the harmonic rule known as Bode’s Law,
a planet should exist between Mars and Jupiter -
some 260 million miles from the Sun.

If there was water planet at this location, then
they would make three life supporting planets
at three separate harmonic distances in our
solar system.

Is this the norm in our Universe?

Bode's Law: "When originally published, the law was approximately satisfied by all the known planets — Mercury through Saturn — with a gap between the fourth and fifth planets. It was regarded as interesting, but of no great importance until the discovery of Uranus in 1781 which happens to fit neatly into the series. Based on this discovery, Bode urged a search for a fifth planet. Ceres, the largest object in the asteroid belt, was found at Bode's predicted position in 1801. Bode's law was then widely accepted until Neptune was discovered in 1846 and found not to satisfy Bode's law."

originally posted by: carewemust
I think the movie "The Martian" coming out this week shows a stranded astronaut using Mars Water to keep himself alive. Amazing coincidence!

Nope. He has to make his own water from hydrazine (rocket fuel).

No, she was the primordial sea in the abyss, but never mind....

On the contrary, this is the way you want Science to make announcements. Self evidence taken as fact is dangerous, and supplies no proofs. There were a lot of people involved in this discovery, and they always put their ducks in a row before they commit themselves. You can be confident that the scientific method was followed to the letter.


On the contrary, this is the way you want Science to make announcements. Self evidence taken as fact is dangerous, and supplies no proofs. There were a lot of people involved in this discovery, and they always put their ducks in a row before they commit themselves. You can be confident that the scientific method was followed to the letter.


I wouldn't have it any other way.... regarding what you said.
But I wasn't expecting anything really new, and I wasn't disappointed.

originally posted by: EA006
a reply to: lostbook

It at least confirms water is present. Water means life.(Past or Present)

Think some apologies need to be made today.

Anybody else think the announcement is a bit tame?

okay I'm going to get off on a little bit of around here salt is abundant in the universe it carries with it a life form that is exclusive to its environmental variables brine shrimp or unlike any other living organism upon the face of the earth they are not a crustacean though they are classed as one they have a consciousness they are self-aware both plural and singular they communicate like fish now to understand the importance of salt and what it does on a much larger scale it is merely the Galactic fertilizer for atoms that are waltzing about various solar systems. I had said in a previous comment that the consciousness that exists on Mars is from an actual past civilization that unfortunately cause their own demise and was given another chance here upon this earth and when they screwed that chance up they were banned to their home planet in consciousness form alone without form without body just self awareness and the ability to travel anywhere anytime angels if you will or angles whatever for I walk upon this earth with my sole... once again all I ask is that with these comments take a moment to entertain the possibility that everything that we have ever been taught has been manipulated and fashioned to meet the needs if I greedy interfering consciousnessor some like to call it the adversary or whatever

Agreed. I thought all of this was pretty well established, and if you had read all the data from the last 20 years this would be a no-brainer.

So let me get this straight NASA...

It took us 10 years from the time we put our first man in space to put one on the Moon -- and we're still sending glorified R/C cars to Mars 40 years after that? We're hitching rides to space with the Russians into low Earth orbit, staying in a glorified space tree-fort, growing lettuce and observing spiders.

Something is seriously wrong. There's got to be a deliberate attempt to keep the civilian space program from getting funding to do anything more than send remote control cars to Mars.


MM it woudnt surprise me that there are cities on mars. maybe shielded with the perfected invisibility cloak/shield so casual observers cant tell anything is there. Or they are sub surface,and th e salt water is wastewater allowwed to flow onto the dead surface for disposal.

posted on Sep, 28 2015 @ 03:53 PM
link
I had a feeling it was going to be liquid water! I Not surprised it is briny. I am sure from what I learned so far is that it is more than sodium chloride but some other nasty chemicals as well. May still support extremophiles at the most. It may be usable for space missions after some reverse osmosis and or distillation which is good.

originally posted by: SkepticOverlord
Here is the NASA animated GIF shown in the live presentation.

One of the scientists is now going through the results of their spectrum analysis that confirmed that this is indeed salt hydrated with water.

Mars beach? Looks like they are backed up 5 years in their releases!

We will never learn, not until we've been wiped out and our mistakes can be found in the rubble.

originally posted by: Tardacus
maybe now people will stop thinking that everything on mars is "just a rock"

Yes we now have wet rocks.

that pic from SkepticOverlord is totally made up on PC. the camera and the sun are few months in totally same position... means it is one pic and someone just play with it. means it is not evidence of anything. it's fake made up here on Earth... 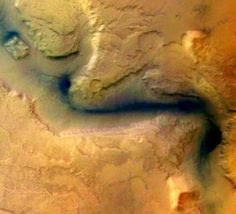 originally posted by: Christosterone
I'm so glad president Obama gutted NASA so we have zero chance of getting to Mars in the next half century..
It is unfathomable that scientific minded people are not outraged by him killing both the ares v and constellation programs respectively....
And spare me the budget overruns....this is space travel, not social security...
-Christosterone


You're clueless. Do some research before you go blabbering on the Internet.

Nasa budgets: US spending on space travel since 1958 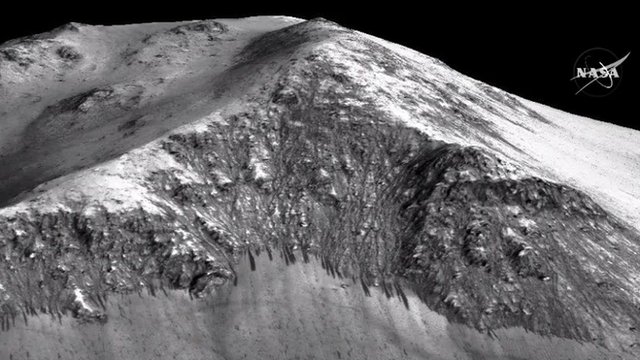 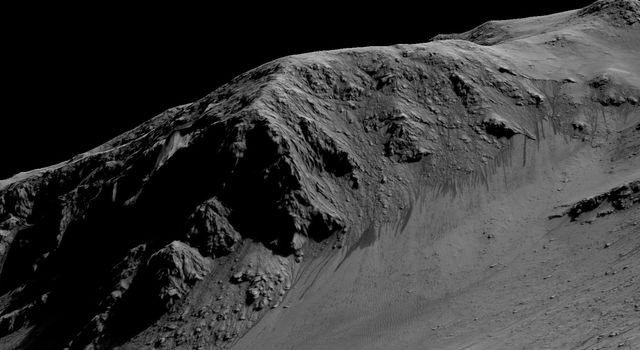 Nasa: 'Liquid water has been found on Mars' 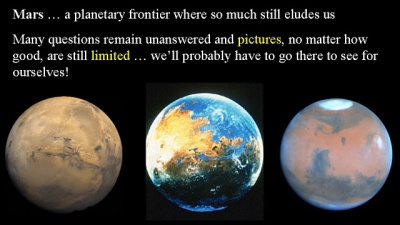 There's global warming on mars too!

Now if there is 'flowing' water on mars right now how the heck is that possible ?

The 'green house' gases are nothing like Earth. Ok maybe well at least similar.

Does this 'discovery' mean that the 'science' behind climate change here on Earth will have to be rethought ?

There was a thread a year or two ago with a picture that clearly showed surface water. It was dismissed by the sceptics of course but I knew what I could see.