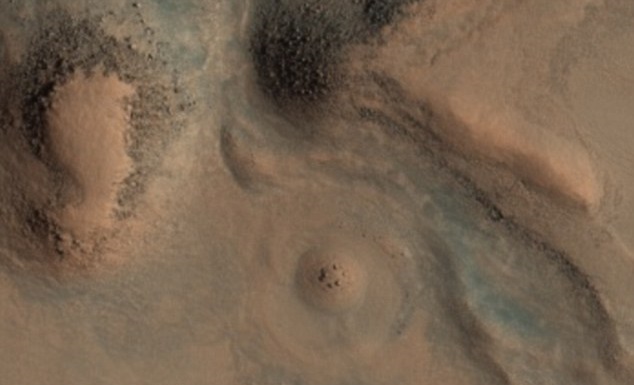 The stone circle was highlighted on the Facebook page of a group called Journey to the Surface of the Mars, which regularly pinpoints unusual 'alien' features.


Here is some background information on the group. I'm not looking to prove their claim in any way, only you can decide what is real.

The Daily Mail ran the story, that doesn't help. 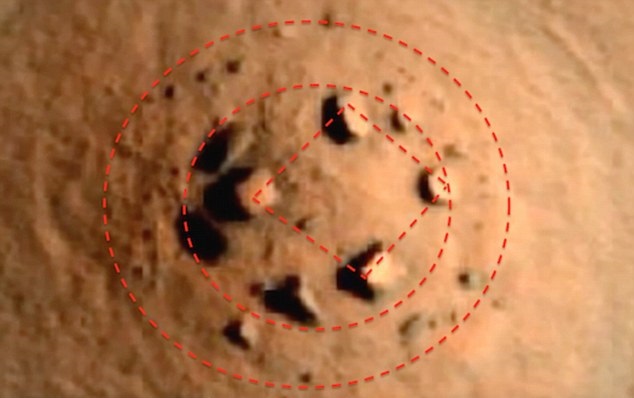 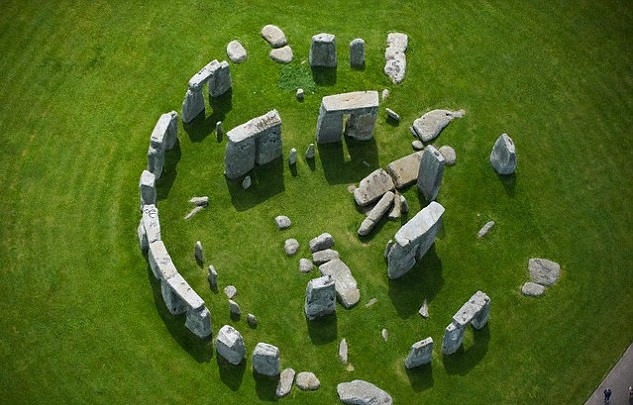 It appears to be at the top of a mound and definitely looks more impressive from a distance. Some scientists have described this as a natural formation created by the harsh geological effects that occur near the poles. As the ground freezes and unfreezes, it is subjected to the same law that causes your water to spin after flushing the toilet. 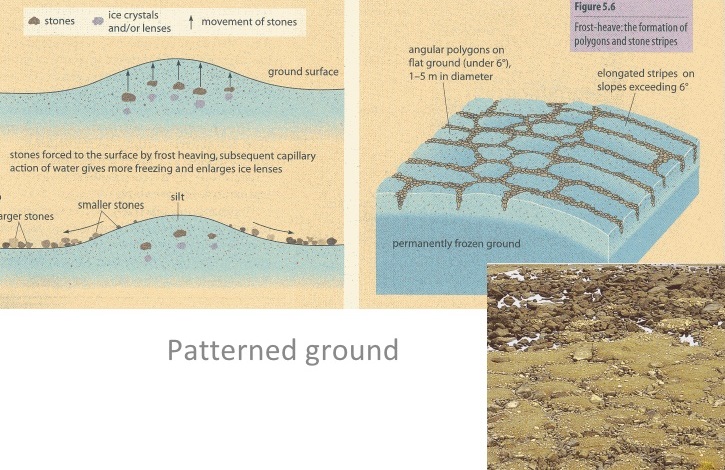 The freeze-thaw cycle of permafrost can cause sediment to churn and separate by grain size that can cause boulders or large rocks to produce stone circles or polygons on low slopes. 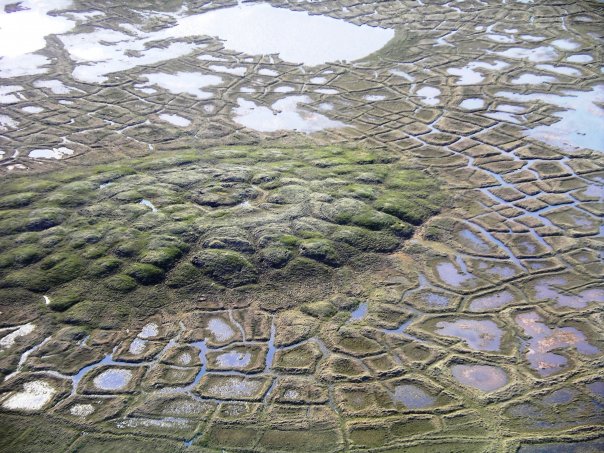 The same effect has been viewed from space on the surface of Lake Baikal in Siberia. It was taken from the ISS in 2009. The Coriolis force has an effect both underneath and above ground.

Methane emissions can create a rising mass of warm water that begins swirling in a circular pattern because of the Coriolis force, or the phenomenon caused by the Earth's rotation that also helps create cyclones. 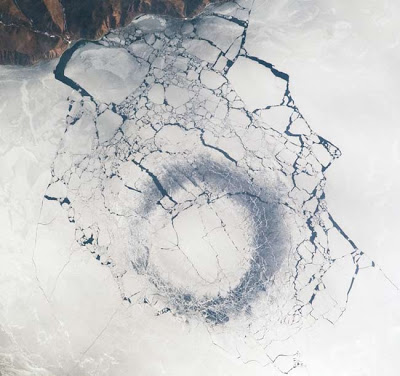 "Once the water mass reaches the underside of the ice on the surface of the lake, the warm water melts the ice in a ring shape," said Marianne Moore, a marine ecologist at Wellesley College in Massachusetts who has spent much time studying Lake Baikal with Russian researchers. The lake is the largest (by volume) and deepest fresh water lake on Earth. 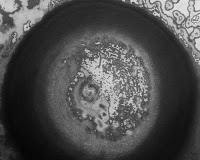 A similar ring structure was observed and photographed in the south pole region of Mars. The picture of the ice ring was first taken by the Mariner and Viking probes. 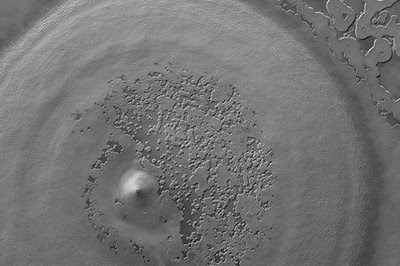 High resolution images were taken later by the MRO. The ring is 4 kilometers across and the hill (not pyramid), like structure in the middle is called a pingo. 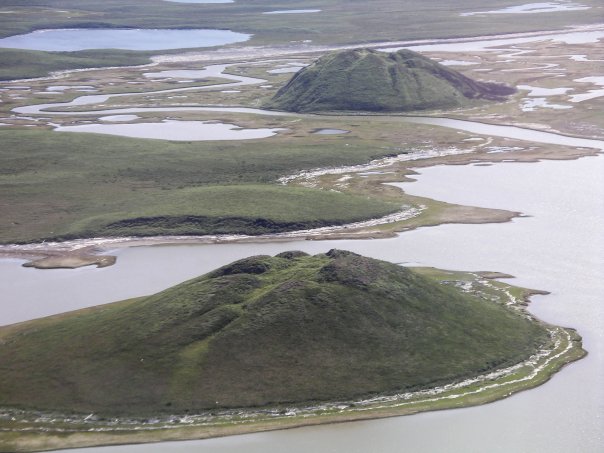 Above: Pingos on Earth 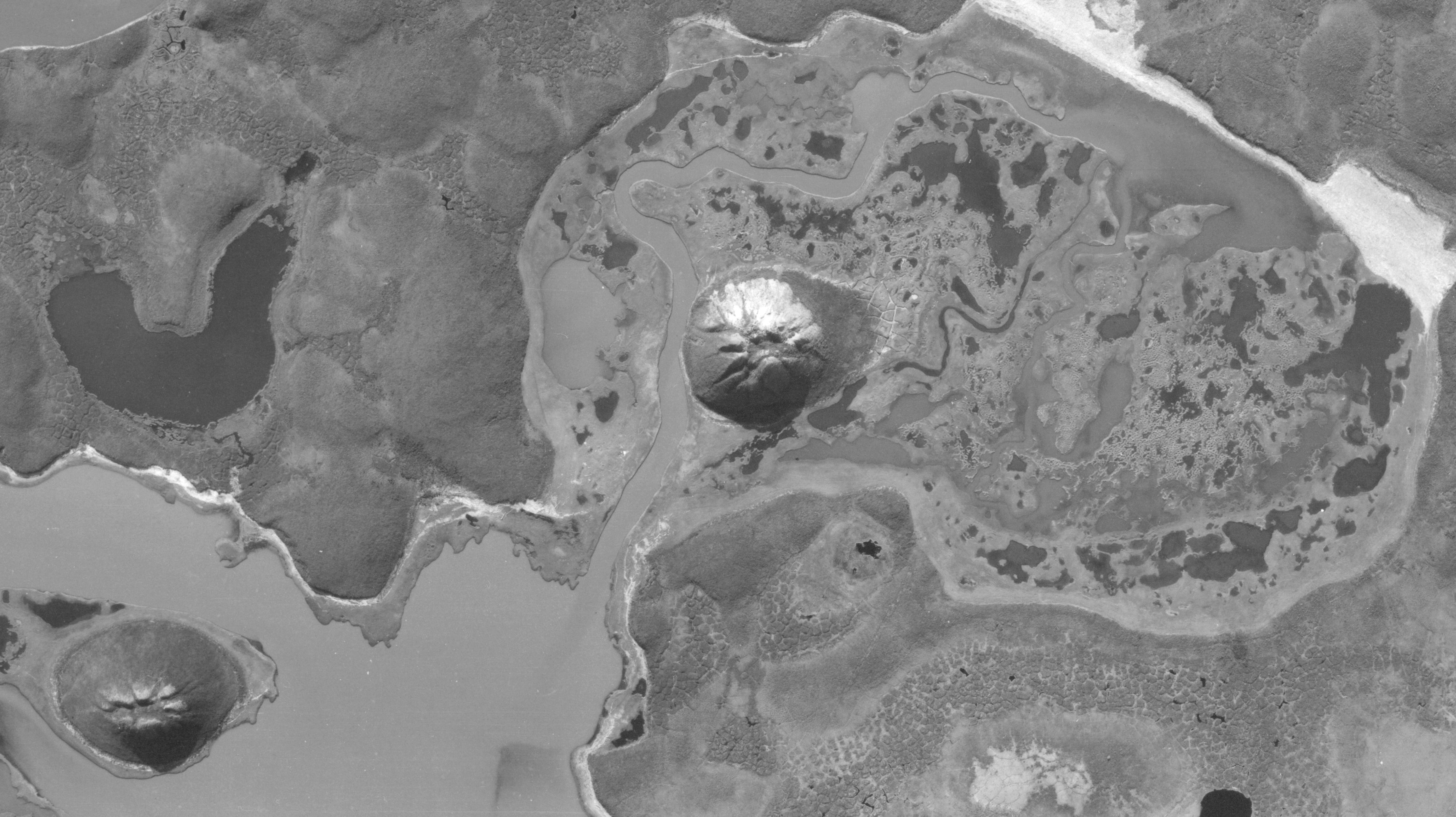 Above: Pingos found on Mars

Both formations were likely created by the same process and may have helped formed the mysterious "Marshenge" being discussed. I would look at the evidence presented before jumping to conclusions, but would love to hear what other member think. Another natural formation or a remnant of history from past civilizations?

Perhaps you could add your extra ideas/information to that one.
edit on 27-9-2015 by Jonjonj because: addition