The following are a few clips from the article.

"This spring, four years after the nuclear accident at Fukushima, a small group of scientists met in Tokyo to evaluate the deadly aftermath."

"No one has been killed or sickened by the radiation — a point confirmed last month by the International Atomic Energy Agency. Even among Fukushima workers, the number of additional cancercases in coming years is expected to be so low as to be undetectable, a blip impossible to discern against the statistical background noise."

There is also an interesting piece in the article where it suggest's low doses of radiation are beneficial to your health. This is rather funny being in the New York Times since Ann coulter was hammered when she said the exact same thing a few years ago. Maybe she was not to far off base.This is just theory of course but still worth looking into.

Why do I not believe this ?


You don't trust the New York Times?
There motto is "all the news that fits our views"

I don't really know what to think about the situation.
edit on 23-9-2015 by Bluntone22 because: Spelling

I had no idea that the Japanese government's efficiency on keeping the lid on the effects of radiation sickness was so complete.


Over 20 workers had been injured by 18 March, including one who was exposed to a large amount of ionizing radiation when the worker tried to vent vapour from a valve of the containment building.[1] Three more workers were exposed to radiation over 100 mSv, and two of them were sent to a hospital due to beta burns on 24 March.[12] Two other workers, Kazuhiko Kokubo, 24, and Yoshiki Terashima, 21, were killed by the tsunami while conducting emergency repairs immediately after the quake. Their bodies were found on 30 March.

I would think that the few that stayed to contain the leak probably did get a high dose of radiation, but there is no comparison to the Chernobyl death toll. Those guys died as they worked.

It's not because there wasn't any workers on the site.


Originally there were approximately 800 workers on 11 March 2011, the day the earthquake and tsunami struck. On 15 March, workers deemed non-essential were withdrawn by the Tokyo Electric Power Company. A total of around 750 workers left due to increased risk and consequently left around 50. It was on this day that the media started to call the remaining workers the "Fukushima 50".

However, on the morning of the 16 March the remaining workers had to be evacuated for a brief period of time due to a radiation spike which was detected which could be harmful to the workers' health. It was reported that when they returned to the plant, a further 130 or so workers joined their colleagues to total of around 180 to stabilize the reactors.[34] The number of workers rose to 580 on the morning of the 18 March.[1] By 12 April, approximately 700 workers were working on-site.[

Tha Government killed 1600 people? Was the plant overseen by a Government agency (ies)? If so, there you go.

They're making reality subjective to their own wording.

American leadership must be influencing them.


The 1600 deaths are from moving people from hospitals and nursing homes to places like high school gymnasiums.
The radiation didn't kill the people.

"about 1,600 people died from the stress of the evacuation — one that some scientists believe was not justified by the relatively moderate radiation levels at the Japanese nuclear plant."
edit on 23-9-2015 by Bluntone22 because: Added content

posted on Sep, 23 2015 @ 12:55 PM
link
Well that is good news. I am glad the Japanese government cares so much about the people that it did a thorough investigation and can now put its people at ease with this refreshing news.

I am glad that the American people have a government that cares just as much about us and only has our best interest at heart. Faith in our government helps me sleep sound at night.

Maybe a little extra "good" radiation is the change these one million brainwas.....I mean talented children are singing about.


For those not aware above statements are dripping with sarcasm


You have raised suspicions I have had for awhile now.

Galen Winsor is a nuclear physicist of renown who worked at, and helped design, nuclear power plants in Hanford, WA; Oak Ridge, TN; Morris, IL, San Jose, CA; Wimington, NJ. Among his positions of expertise he was in charge of measuring and controlling the nuclear fuel inventory and storage.

This video I think is relevent to this topic although not related to fukushima itself. I recommend watching if you got the time. I believe it was linked on ATS before.

The study was not conducted by the Japanese government.

originally posted by: Bluntone22
a reply to: InTheShadows
"about 1,600 people died from the stress of the evacuation — one that some scientists believe was not justified by the relatively moderate radiation levels at the Japanese nuclear plant."

Trust your government, there is a good little citizen.

I think I remember he was the guy that wouldn't swim in the coolant tanks. They made him stop because he was faking people out. Lol
I believe he would also lick the radioactive dust off his fingers.

Either way it's a great video, thanks for posting it.

No one dead from being in the reactors? Could have sworn initially employees who stayed behind to help out stayed until death.

Radiation good for you? Solar radiation helps with VitD. How is good from a nuclear accident, or even from flying on a plane?
Assuming they are bringing up hormesis,


A dose that stimulates hormesis in one person may well be toxic to another. That variability is a major reason why hormesis won't add new medicines to our cabinets anytime soon.


Source
And not in daily high doses.

originally posted by: Bluntone22
a reply to: stosh64

The study was not conducted by the Japanese government.


And I have a unicorn for sale. 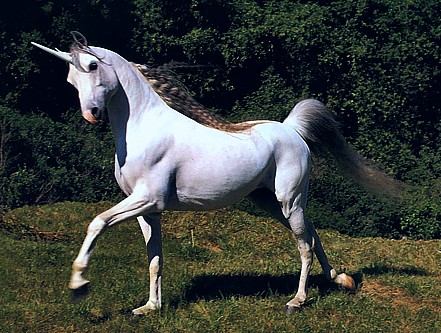 Isn't she a beauty?


Here is another link about the deaths from moving.


So your saying that the Japanese government has the power to bury fukashima but all the big polluting corporations and the governments that support them can't bury global warming?
Sure. Why not