Cheers both you and others tell me what you felt and I can imagine the toys in the cereal boxes .
I just got a feeling we will feel like that again soon.

And are you able to provide any proof of a method to alter lunar meteorites to make them pass for lunar rocks or is this your standard moon hoaxer baseless hypothesis with no proof? 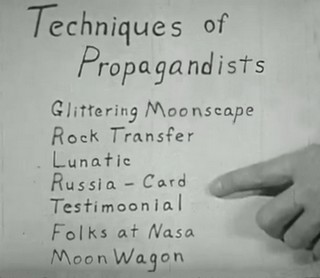 Hilarious! You're using Sayonara's silly graphic as though it makes sense! Shame on you!

I was only six, but I was awestruck. More by my parents reaction, I think, than by what I was witnessing via Walter Cronkite.

I think it was the only time I ever saw my mother absolutely buried by emotion. My dad, too.

In their lifetime, we'd gone from taking days, even weeks, to cross oceans, to landing on another world, a world it'd taken less time to get to then it took to fly around our own world, at that time.

In @40 yrs, we'd gone from not being able to cross the ocean solo, to flying three men to the moon, and landing, and coming back. What's not awe-inspiring about that?

Those astronauts are, and always will be, heroes to me. They opened up the concept of a vast universe to me, a universe of infinite wonders that we're bearing witness to today.


Cereal boxes had plastic models of the rocket, lunar module, lander ... everything. It was exciting. After they left Earth, we all just about held our breaths. Would they make it?

How could I have forgotten those plastic models? Never got one in a cereal box, but I (well...mom did) sent away for an entire LM/CM set...

I waited every day by the mail box for it. My mom eventually got tired of telling me it's going to be a month or more....

Of course, just as I got tired of waiting, and moved on to other important things like seeing how fast my bike would go down hill, it showed up. Oh, my god...I levitated up the stairs into the house. ...and nothing would do except to build it right now!!!

It sat on my dresser for years, even after the Moon program was cancelled. I've no idea what happened to it...hopefully it's still out there somewhere on some other kids dresser.

Did you get the books about the astronauts? Direct from NASA?


I'm not saying I believe it or not, but I have been stumbling on many convincing theories of the moon landing being staged.

I have to ask if we haven't been to the moon how do those theories explain this...

Kind of hard to find all that in a film studio.

didn't they missplace alot of those moonrocks

originally posted by: Itsshuma didn't they missplace alot of those moonrocks

It depends on who you mean by "they".

As a goodwill gesture, the US gave commemorative samples to every (?) country. Several of those - usually in corrupt, Third World countries, or those where there have been anarchy and regimes overthrown - have been lost or stolen.

Most of the samples are still carefully stored in Houston.

They are available for research: Lunar Sample Requests
edit on 28-8-2015 by Saint Exupery because: clarification

Problem was the interior of the LEM was too small for Aldrin to get pass
Armstrong wearing their spacesuits and backpacks. Armstrong who was next to
the door thus was first on the lunar surface.