Lightning Photo Beam or Camera Fail? What do you think?

Either real or photoshopped. The bar of light is visible being reflected from the VW in front and the hood of the photo car.

But how can a light be so perfectly shaped?
There is loads of people anyone else catched this light or was it only this guy somehow.

posted on Aug, 16 2015 @ 09:24 AM
link
Found a good simple explanationhttps:// www.metabunk.org/solved-strange-beam-of-light-over-mayan-temple-and-florida-lightning-rolling-shutter-artifact.t3244/: a reply to: sirric 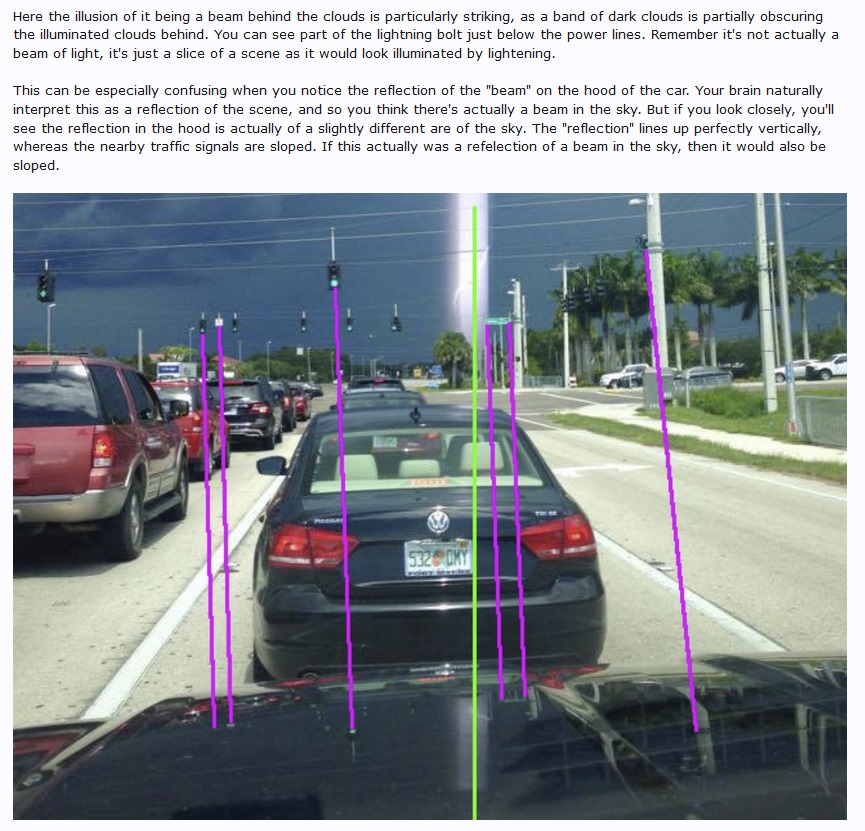 Solved for me: Rolling Shutter effect...
Thanks for the help all!


Looks lile it gets thinner in the middle of the clouds

If that's the case, I'm not sure why it's being reflected on cars, and going behind the clouds instead of in front.

originally posted by: _BoneZ_
a reply to: donlashway

Judging by the sun's position, It looks like a sun ray shining through a very small opening in the clouds. It doesn't appear fake as the "ray" can be seen in the reflection on both cars.

Yes it can be seen in reflections, in fact you can also see what appears to a reflection of a branch of lightning on the bonnet at the foot of the pillar, that corresponds to what you can see looking directly at the foot of the pillar. The only thing about the sun though is that it seems to be behind the camera, it too is being reflected by the VW badge.
edit on 16-8-2015 by smurfy because: Text. 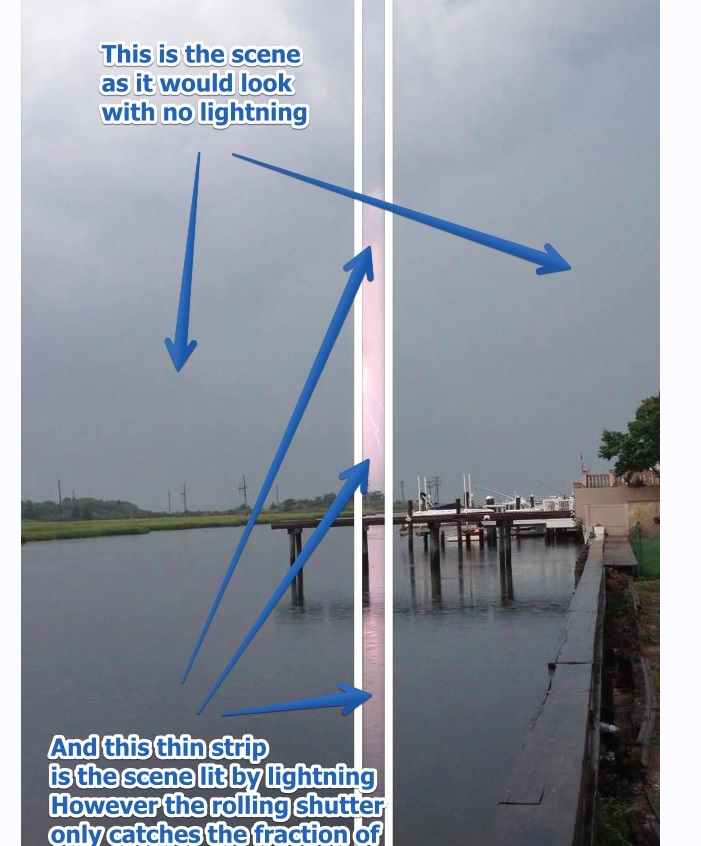 This works for me.
Thanks everyone.

I thought this too, though I didn't have an explanation for it. The car hood is sloped, so any reflection would be somewhat distorted in relation to the source object. Pretty obviously not real to anyone who has ever seen a curved reflective surface.
The explanation is pretty cool though. You might also notice that the cars ahead of the one with the "beam" being reflected on the hood are only reflecting the lightning bolt, not the "beam." So, rolling shutter effect + photo shop?
edit on 17-8-2015 by neveroddoreven99 because: (no reason given)