what about engines or are they not consider d since if it fits and doesn't put too much load or stress on the airframe and you got the right accessories to run engine , you can swap it into any airframe compatable. is there like a generation system for describing engines?

Not really. You can fit them into the different generations, but the older engines would work too in newer aircraft. Not as efficient, but they'd work.

The thing is, this is a relatively recent JOAC doc and I don't think they'd go so far to say their strategies require a 6th gen platform. That be too speculative for a firm such as theirs. They are referring to a penetrating ISR asset here as part of their strategy, it must mean we've got one. (or are close)

They certainly could of pasted a pic of a LM concept as a place holder. This graphic to me looks about 5 years from present day, with stealth munitions, carrier based UAV and of course that manned ISR penetrator. Do you all think so?

We already know there's one out there.

posted on Aug, 9 2015 @ 05:59 PM
link
I thought 6th gen meant no pilot? Isn't the Navy already saying they want to have pilotless fighter/bombers?

originally posted by: MystikMushroom
I thought 6th gen meant no pilot? Isn't the Navy already saying they want to have pilotless fighter/bombers?

I think the F-15 and Tornado, certainly Eurofighter would be the last manned platform, but here we are with F-35!!

i think I remember reading a few years ago that the air force was looking at possibly converting a few of the next generation bombers (not lrs-b) to a isr roll.

i wonder if while looking into ideas for the next generation bomber they came across something that would make a great subsonic, very, very stealthy penetrating isr or aea ?

i figure for the new bomber family the military is trying to put together you would want the following aircraft as its core. other than things Like tankers, com relays and fighter escorts If needed. do our modern bombers need escorts in that kinda way? i guess that's what next gen drones are for.

hypersonic isr penetrator, to get a look at time sensitive stuff the rq-180 or aea cant get to fast enough - ?

penetrator aea/back up as a more agile or dynamic p- isr to open an attack corridor for the bombers, and to shut down, hack, jam, blind or interfere with enemy air defenses and/or provide more dynamic eyes on and target designation - ?

lrs-b doing b1 roll and most of b2 role. probably LM/Boeing aircraft.

hypersonic global strike package (s) to hit targets that are time sensative vulnerability wise, or posing immediate threat to assets but are out of range of normal protective forces. like sf troops way deep behind enemy lines - ?

something to do c4i2sr and control the ton of drones and cruise missiles and basically run the show for everyone. I'd want that stealthy too so it can run within a cloud of assets penetrating enemy airspace quarterbacking. - ? 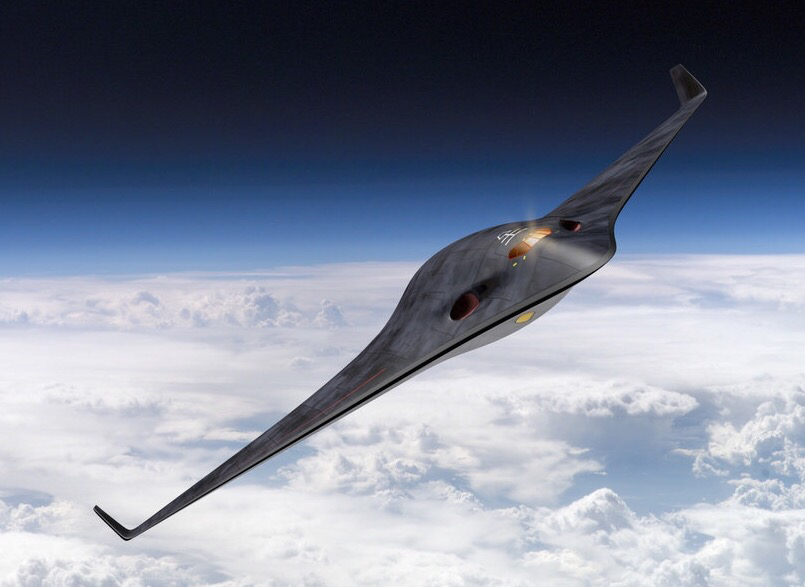 Boeing and their wingtips man.

posted on Aug, 10 2015 @ 02:05 AM
link
Thought the switch blade front swing wing configuration gave it extra maneuverability and was inherently unstable without a computer to fly it.For outright speed a Delta or blended body design would be the design..Aaahh the Green Lady still has us guessing.

I have heard that 6th gen will have new engines or at least that is the goal. That pic is 100% public NGC concept...not sure why it's labeled ISR unless some of the new fighters (wingman) could potential carry a different payload and the lead carry munitions or vice versa.

Sixth gen will mount either AETD or an offshoot of the AETD program.

Sounds like with GE's progress that they should be ready in plenty of time for a 2030+ airframe.

Oh yeah. Development has been going far better than expected. ADVENT is already flying, and showing results above what they expected, and AETD has already begun development using the ADVENT core.

That article said potentially re-engine the 35's!? Pratt must be working on this too, right???