A witness recorded the frightening scene on a cell phone camera. The video appearing on the San Francisco station's website was shared widely on Instagram:

There are two videos at the link.

One shows the argument.
Another shows the crowd fleeing.


I hope everyone makes a full recovery. This is terrible, to trample on peoples day like this. To pop off at a parade. Firearm training should never have been taken out of the schools. 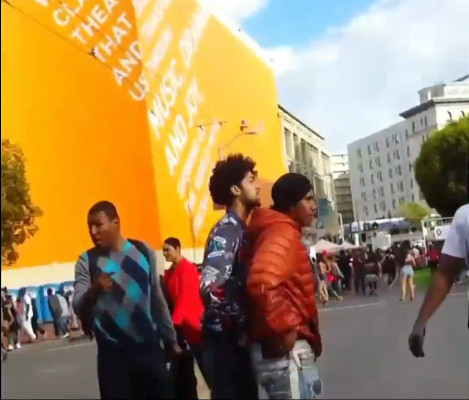 A still shot from the video of the argument.

Wow, I am surprised that those are the culprits.

Are you sure that the location is San Francisco, it's looks like a city in a third world country.


Apparently the bystander was struck in the arm.

Wow, I am surprised that those are the culprits.

Why don't you go ahead and spell out for us exactly what you mean by that?

Are you sure that the location is San Francisco, it's looks like a city in a third world country.


According to the story carried in India,
the parade/event was ending.

A concert that was part of the weekend-long gay pride celebration across the city was ending around the time of the shooting.

This show needs to re-air now more than ever.

Why are they calling it pride? This has been going on for a while and it was called A gay pride event . The Supreme Court has spoken there is no need to disguise a principle that is now legal ?

But I wood ( pun intended ) Watch how erect ( again another pun intended) I was when I stood ( yep that one was on purpose also ) Before a bullet blew me off ( not sure if those two puns were intended but what the hell everyone is familiar with the philosophy " when in Rome " ?)

You need to see what a third world country looks like if you think that is it.
a reply to: mikegrouchy


Is the still shot the aggressors or the victims?

I don't comprehend what you are implying.

They always found the perfect balance of telling things how it was from both sides.

originally posted by: Sremmos80
Is the still shot the aggressors or the victims?

All of them are not in that photo. I'll see if I can find a better one. Also CNN just picked up the story 16 minutes ago. The Toronto Sun has it as well.

Officer Carlos Manfredi says the argument had nothing to do with the gay pride event.

I bet you haven't seen paved roads, porta-poties and infrastructure like you see in the video and clips.
Or an organized police force and, idk a freaking parade.

But I am sure your meaning is about the people there.
Just come out and say what you really mean, now need to be coy

In this still, one can almost see all six. 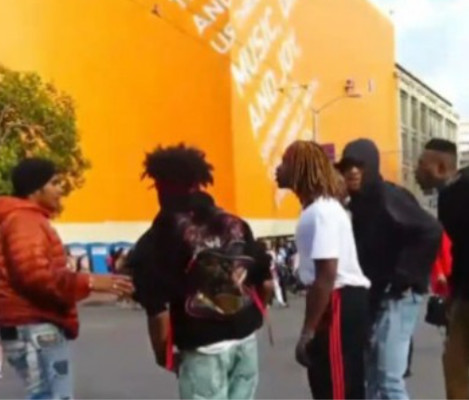 Well, follow up question, is it supposed to show the gun?
It does seem like he has something in his jacket pocket or is reaching for his waist band.

I guess I am just curious why that freeze frame.