posted on May, 11 2015 @ 12:48 AM
link
A Pheonix cop is claiming he kicked a teen in the face knocking out several of his teeth because "he had a heightened sense of awareness of violence towards police because of what’s happening across the nation,”

The teen was stopped and had some weed so he ran and endup in a convienece store where he called his father, the cop comes in the store gun drawn and orders him to the ground. The kid has his hands up and is clearly following direction and going to the ground when the cop stomps his face in to the floor.

The cop was fired but not charged (go figure) and is now appealing to try and get his job backblaming his actions on the nationwide threat to police.

We have seen alot worse from police but i wanted to share this article because of one line.


Interestingly, as of writing this, 43% fewer cops have been shot by suspects this year than last year. With only 8 cops being killed by a suspect since January 1, that averages out to every 390 hours. In comparison, 412 people have been killed by police in the same time frame, or another person killed by police every 7.5 hours. Who is actually the danger here

Cops 412 suspects 8 so far this year. That is a pretty telling stat right there. Seems really lopsided to me.
thefreethoughtproject.com... 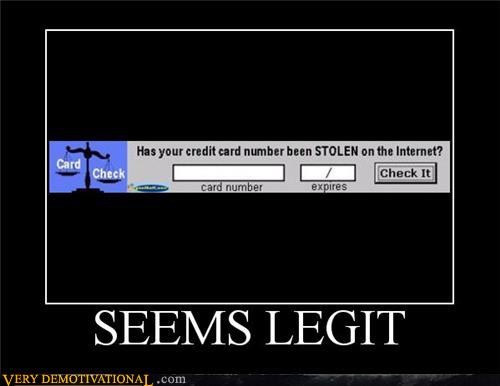 I had to kick the kid that wasn't a threat to me cause there are other people that are!


At one point he couldn't see his hands so he had to strike him to subdue him... ya cause he was placing them on the floor while getting down!
That is at the 1:28 mark that it starts.

Wonder if I can go kick some one in the face cause of all the violence that is going on in our nation right now.

how dare this cop think he is above the law !! he should be tried and prosecuted for this obvious breach of the law !!


So sick of Authoritative Violence.

Jacked up Steroid boy had to show his authority and stomp a little nerd.

Would love to see his record of previous complaints.

The only thing he is sorry for is getting videotaped so now he is going to try everything to justify it.

I hope he looses his job and his pension, come work in the private sector until dead like everyone else not on the government dole.

I have zero sympathy for power tripping authoritarian types who think they can get away with anything (even murder) because they have a badge and a police union.

"he had a heightened sense of awareness of violence towards police because of what’s happening across the nation,”

I can relate to this.

Just today, I ran over a guy because I thought he was going to key my car.


Paranoia will destroy ya.

originally posted by: skunkape23
It's a good thing the cop was a pussy.
I would never kick someone in the head unless I had lethal intent.

I'm pretty sure a boot to the head constitutes "lethal intent"

If a civillian did the same thing, we would be charged with assault with a deadly weapon for using a kick to the face. The fact that this idiot wasnt charged with a felony shows the two tiered justice system in full effect and it makes me absolutely nauseous.

originally posted by: peter vlar
a reply to: rockintitz

If a civillian did the same thing, we would be charged with assault with a deadly weapon for using a kick to the face. The fact that this idiot wasnt charged with a felong shows tge teo tiered justice system in full effect and it makes me absolutely nauseous.

Just once I want to see this brought up in court. I'm not quite sure how you prove the negative necessary to make the case, but whoever does will significantly change courtroom policy towards cops.

posted on May, 11 2015 @ 02:27 AM
link
So does this mean with the heightened threat towards citizens with the increased number of questionable shootings by Officers around the Nation that citizens can take action when they feel threatened ?

I support Police Officers as there are some good ones out there but this is stupid. I promise you that there are defense lawyers currently working on just that type of defense for one of their clients who crossed the line..."Well your Honor and members of this esteemed jury, my client felt threatened that Officer So and So was to do him harm and because of that threat he reacted based on the actions throughout the Nation".

Sadly it is coming down to this, and it is time for a rework of our Justice system, before it is too late and we lose it all to the Department of Homeland Security patrolling the streets, and since they already display bad manners in airports, I can only imagine what it will be like on the streets.
edit on 5/11/2015 by DJMSN because: correction

posted on May, 11 2015 @ 02:28 AM
link
You would think police have more brains and are usually or (traditionally) smarter than to make a plea in public like this. It just sounds like something they would show on "Stupid criminal tricks caught on camera" Something a dumb criminal will say. "Oh, I thought the store was giving these away this week" or some stupid thing like that.

Becoming a police officer usually means having to go through interviews and question answer sessions to gather the profile of the person they are hiring, and thus they weed out idiots with very simple sets of questions. And to get the job used to mean thinking quickly and answering those witty but serious questions that are going to expose people who are unsuitable for such a job. And that's why these things going on don't make any sense to me.

Some friends I have that were police used to tell me all this stuff, but that was back in the 80's, but it wasn't in Phoenix, and I used to live in Phoenix and the police there can be real "Marvel comics level A-Holes" So thinking of that now, this story shouldn't surprise me after all.

It is brought up in court daily amongst thousands of cases.
edit on 11-5-2015 by rockintitz because: (no reason given)

posted on May, 11 2015 @ 02:44 AM
link
If this cop thinks things in the "nation" are bad now just wait.
I think in the not too distant future people are going to start killing cops at a much greater rate and for different reasons than they do now.

It won't be shootings in an attempt to maintain ones freedom as it currently is in most cases, it will be shootings cause one feels threatened due to "a heightened sense of awareness of violence towards citizens because of what’s happening across the nation"

We all know there are good an bad cops, but it's getting to the point where even the good ones are almost as guilty as the bad ones cause they turn a blind eye all the time.

The judges aren't much better either when you see so very few cops actually being punished for their transgressions in relation to the total number of cases we hear about.

Also, before anyone starts pointing it out, I know about the recent case where the cop lost his job and was threatened for arresting the rich drunk guy. I'm sure there are many more cases just like it.
Cops May Lose Their Jobs For Arresting Rich Guy
Just goes to show how corrupt the system is and how far up the chain it goes.

posted on May, 11 2015 @ 03:13 AM
link
The more I see videos like this, the more I can see ignorance on both sides of this issue. Cops are using unnecessary force on unarmed criminals, and criminals are escalating a situation when they should just submit to being arrested.

-Criminals should know by now the deadly consequences which can possibly happen if they resist or run from the police.

-Police should also know by now they are being recorded and chances of them losing their job or being charged for using excessive force are much greater today than before.

We can also add politics in the mix. Police are clearly being caught abusing their authority, yet are continuing to be placed on paid leave or charges are being dropped. It will be interesting to see how all this plays out as more and more police officers start wearing body cameras.

posted on May, 11 2015 @ 03:46 AM
link
I will wait patiently as the usual people search the internet for information on how the kid most likely deserved it because he is a gang banging thug to demonize the victim...oh wait he's white.

posted on May, 11 2015 @ 07:09 AM
link
Awful as this might be for the victim of c*nt cops like this, i almost WANT more incidents to happen because they will make the chances of a major change to the broken system you have in place more likely.

-Criminals should know by now the deadly consequences which can possibly happen if they resist or run from the police.


This is in NO way, shape or form acceptable. And should not be considered as "normal"