Olivia Wilde Isn't Apologizing For That Photo Of Her Breastfeeding


I have no problem with this lady breast feeding in public but what gets me is her saying some people find it sexual and that’s something wrong with them.

Doesn’t she understand that the sexual aspect of this IS HER BREASTS?


Not the baby’s big ass head


Woman are sometimes too cavalier about understanding the sexual nature of men, I believe.

Or are they just pretending they don’t understand?


"They were making a portrait of me for Glamour magazine, and I am a working mother. Shooting a cover shoot for a magazine is work, and during that day my son had to eat, and so I had to feed him," Wilde recounted. "I thought, if you're taking a portrait of me, this is part of me."

The possibility of viral backlash, much of which surrounded her choice to expose herself nursing, never occurred to the 31-year-old. "I certainly didn't expect people to be upset at the obscenity of public breastfeeding," she said. "I was shocked that there were still people who find it inappropriate because they think it's a sexual thing. I think that says a lot about them."

But the controversy is just an afterthought for Wilde, who celebrates the positive effect the shoot has had on breastfeeding mothers like herself. "The coolest thing to come out of that [picture] was all these women who took pictures of themselves breastfeeding in public and tweeted them to me and to the world," she recalled. "I thought that was really great, and so I was happy to just encourage their awesome movement."

posted on Apr, 18 2015 @ 03:52 PM
link
In a politically correct world...
I don't find this shocking, once I ran across a woman breast feeding her kid in her car at the grocery store, I only noticed it because she was beside the place you take the shopping carts to in the parking lot. So what moms usually know whats best and not everyone has such a kushy life as to just be like "oh I got to home to do it" I eat in public all the time wtf. Thing about woman in regards to us dudes, they force you out and you spend the rest of your life trying to get back in.

Yeah I dont think this is wrong. Breast feeding is natural and not sexual.

In the US we arent used to even seeing a breast unless it is with a sexual connotation. In Europe or other places you will see breasts in everything from bus stop ads selling skin cream to commercials about shampoo.

Its really not sexual. We are just repressed sexually. The far right christian leaders need to get real. A breast is not something to hide. If you go to a regular beach in Europe you will see plenty of people letting them hang out. No one stares since it really is like seeing a man boob. In the US and other places you could get fined. Latin America is also pretty retarded when it comes to boobs.

Who cares. The sooner you lose the uptight attitude, the sooner people will stop seeing it as sexual.

Breast feed away people. Its just lunch for babies.

Yes, there are some people who do think that way.

But why make an issue of her breastfeeding in public? Women in other cultures do it all the time. Even European women did it not long ago, wait, I remember that even my mother did that.

You have to remember that not too many years ago Lucy and Ricky, Rob and Laura, Jim and Margaret and others didn't sleep in the same bed.

People have problems with breastfeeding? Just don't look. It's not like the baby is caring whether or not it upsets adults. And if she was at a photoshoot, then she was probably there for quite a few hours. At least she's feeding the kid.


The baby doesn't have a diaper on either, I would think it would be hilarious if the baby peed on her....that would go viral.
edit on 4/18/2015 by WarminIndy because: (no reason given)

It is our fault that breast have evolved in men’s mind as a sexual attraction?

So should men therefore openly urinate in public?

They stand a chance of going to jail

posted on Apr, 18 2015 @ 04:03 PM
link
I am much amused by the way you mammals are engaged in a strong debate over some womanly attribute.

I personally think that miss Wilde knew exactly what she was doing. Instant, free publicity stunt for her.

posted on Apr, 18 2015 @ 04:11 PM
link
Breast feeding publicly is not a big deal in my country. We even go to sauna naked and swim in lakes naked.
The funny thing is that, GUYS boobs are not for you, those are for the babies ! Adult males still want to be "breastfed" probably need for milk never turned off. 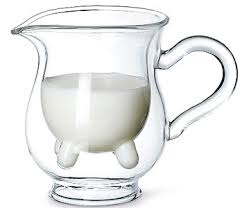 posted on Apr, 18 2015 @ 04:17 PM
link
My best friend breast fed their son this afternoon in my house. It was not sexual in any way. Just what mothers do to feed their children.

I get mildly uncomfortable in certain situations if a woman is breastfeeding. Actually, not really. Maybe if I'm eating. I'm feeling indecisive here. People (especially those of us in the US) are too weird about boobs.

I think if you find it sexual you're the one with the problem.

Also, my understanding is that a baby needs to eat when it needs to eat, and you're not supposed to make them wait. A woman shouldn't have to pack up all her stuff just because some people might get slightly uncomfortable.

Really don't understand why some people think of breastfeeding as indecent or sexual. Ever watched a birth? Vaginas quickly cease to be appealing when they are pooping out a baby (pardon the medical jargon).

originally posted by: skalla isn't the problem in the mind of whoever cant see a tit without going all Beavis and Butthead?

originally posted by: Willtell
Woman are sometimes too cavalier about understanding the sexual nature of men, I believe.

Maybe your definition of men, but I'm a straight hard working guy in construction (stone walling, block laying, plastering, rendering, concreting etc) and when I see a woman breast feeding I go aww inside, that's beautiful to me, not sexual.
Have you never had kids?

It is our fault that breast have evolved in men’s mind as a sexual attraction?

So should men therefore openly urinate in public?

They stand a chance of going to jail

Well, as men we could just decide to take responsibility for our own feelings and let women get on with doing, quite frankly, the most natural thing that it is possible for a mother, boob and child to do.

Because it sure aint their fault how you feel.

I'm not touching your apples and oranges though.

originally posted by: HUMBLEONE
I think women should walk around topless, so there!!

I was making the point that she mentioned she was surprised that it was sexual to many.


I commented that they mostly are dealing with her breast since for many that is a sexual object…
And that some woman underestimate the sexual nature of men, I believe.

posted on Apr, 18 2015 @ 05:06 PM
link
i am one that gets annoyed with ladies breastfeeding in public in North America. but you know something where i am now i don't get offended, and it is a lot more common for women with babies to do. why is there this difference of my opinion just because of my location? that is an easy question to answer. it is they way it is done in each place. just look at this video as a good example of what is WRONG with the way women in North America do it. her shirt is half off, fully exposing herself. now if as a guy (as someone has said) pulled my pants down to take a piss, i would be arrested, even if i just undid my fly and tried to discreetly take a piss, i would be arrested and put on the sexual offender list, for exposing myself in public.

now where i am at they don't expose themselves to breastfeed. in fact most times it even takes a minute to realize they are in fact breastfeeding. they are discreet about it. like i said, you don't even realize that they are doing it right away. they wear cloths that easily facilitate their needs without having to completely expose themselves. and we are not even talking about any special designed clothes or anything, just the standard attire they always wear. the exact same clothing North Americans would typically wear in the summer. in fact when it comes to the poorer people i work with, it is even used clothing that came from North America. the little bit of breast that is exposed is actually pretty much covered by the child that is feeding. they are not even taking any real care or precautions when doing it. they will just sit there and continue talking or whatever. they are not hiding in a corner or a special room.

in North America it seems that a lot of mothers who breastfeed like to flaunt it, just like the lady in the video. some will even seem to make a theatrical production out of undoing and partially taking off their shirt and clearly showing their full breast to all, and making sure they have everyone's attention while doing so. and then after giving everyone a good view they then bring the child into position to feed. some even seem to be sure to draw everyone attention to them while they feed. in all honesty it seems like they purposely flaunt their breast and feeding specifically to draw attention to themselves and what they are doing. and is it racist to say that it seems that it is almost always white women who do it this way? there are exceptions, but all in all it seems non white women seem to be discreet about it, where a good many white women seem to like to flaunt it.

you know people should try to be courteous to everyone else. don't flaunt your breast for everyone to see. have some dignity. if for whatever reason you feel or need to expose your entire breast, use a towel or something. don't make a huge production of it to draw attention to yourselves. be discreet about it. have the decency to respect others.