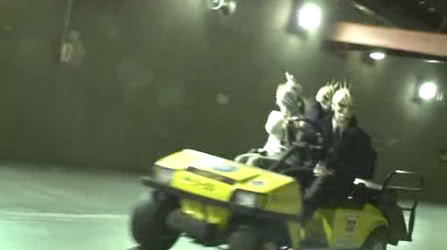 As anyone who has Googled "Denver airport conspiracy theory" knows, the Internet is filled with wacky theories claiming the airport has a super-secret subterranean headquarters used by (take your pick) the Illuminati, New World Order, Neo-Nazis, aliens or "Reptoids" -- shape-shifting lizard-people. The rumors often revolve around what some see as a vague Swastika shape to DIA's runways and taxiways when viewed from the air.

DIA staffers had an April Fool's blast with it all.

Joking about the bunker:


Today, DIA generates more than $26 billion in annual economic impact for Colorado, supports nearly 190,000 jobs and can hold nearly 10,000 of the world’s elite after society’s collapse


Of course, like all New World Order bunkers, our facility is also fortified against gamma rays, zombies (up to a level 3 outbreak) and outside detection. Taken together, our facility sets the standard for the modern New World bunker. (In a recent customer survey, the DIA bunker was ranked higher for overall satisfaction than Project Greek Island!)

The new DIA hotel set to open in November: 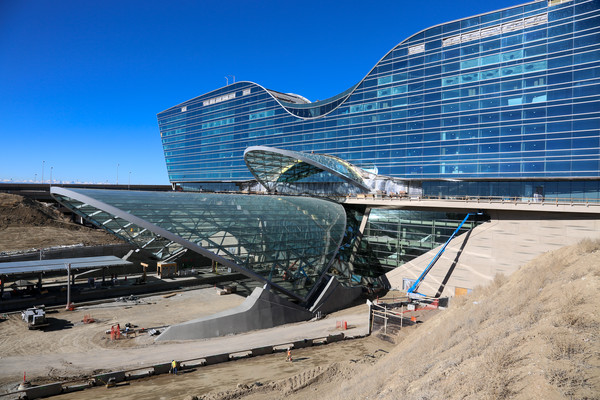 Totaling 37,500 square feet of “elite” function space, the conference center is the perfect location for your next Illuminati, Freemason, Knights Templar or Skull and Bones business meeting or event.


We know that some of our elite travelers are concerned that members of the public have cracked the secret code of these pieces that connect the airport with the bunker, but we can assure you that future artwork will be much harder to decipher. For example, we are sure that the stunning new art being produced for the Hotel and Transit Center (Air Field, Shadow Array and Water in all of its states) will take at least several months for the public to connect to the New World Order.

The train, set to begin service next year in 2016:


Passengers on the secret underground line can also connect directly to NORAD thanks to the extension built by "the others" in 2003 (special thanks to CDOT for storing the removed dirt). We are also happy to announce that a special entrance and train car will be provided at the southwest corner of level U-1 of the bunker. This platform will include a private loading and unloading position for members with Omega-level clearance only,


Thank you for choosing to fly at Denver International Airport. Have a wonderful April Fool's Day, and remember our motto:
"There's nothing to see here."

Thanks for poking fun at us and confirming what we all thought was true all along
edit on 1-4-2015 by tinker9917 because: (no reason given)

Reminds me of slight of hand. 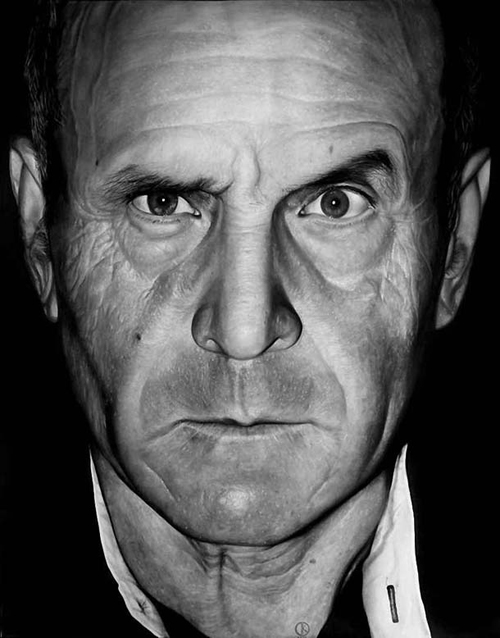 posted on Apr, 1 2015 @ 09:30 PM
link
Funny they do this when the actual personnel working there can't even access the lower levels and have no idea what's going on down there. Show me a full open access video and I'll start to believe it's not a black facility.

originally posted by: NiZZiM
Funny they do this when the actual personnel working there can't even access the lower levels and have no idea what's going on down there. Show me a full open access video and I'll start to believe it's not a black facility.

Exactly. Something's going on there.

posted on Apr, 1 2015 @ 09:58 PM
link
Following up on the comments leads to a bunch of spam messages inviting to join the Illuminati. It's rather hilarious really. Many of them have FB profiles with the same spam on them and googling a number sent me to this spam-filled page: www.interactive-lawyer.com...

Also, at the bottom of the DIA page, it has a link for "normal" people that brings you to: www.nsa.gov...

I mean. Couldn't they have given ol' Blue his own Twitter for the day? Even the escaped cobra got one.
edit on 1-4-2015 by ketsuko because: (no reason given)

posted on Apr, 2 2015 @ 04:45 AM
link
I dont care what anyone says, kudos to them for having a sense of humour. Particularly for the mask photo shoot

At any rate, it was likely written by people not high up enough to know any secrets