posted on Mar, 20 2015 @ 08:55 PM
link
The Director of U.S. Immigration and Customs Enforcement Sarah Saldana "testified" in front of a Congressional panal and gave a whooloping performance.

Over some time, it seems the ICE Department has been releasing illegal immigrants convicted of crimes back into the U.S. society awaiting deportation?

Of course these people don't come back to court hearings and simply disappear until caught again.

ICE apparently has wide discretion but it looks like they are using this "wide discretion" to fullfill the agenda of economic and social insurrection that's been going on lately.

According to weekly detention and departure reports from U.S. Immigration and Customs Enforcement, there were 167,527 non-detained convicted criminal aliens in the United States as of Jan. 26 of this year, a congressional hearing revealed Thursday.

“In that report, it said that there are 167,527 non-detained, final-order convicted criminals on the loose in the United States,” Chaffetz pointed out while questioning ICE Director Sarah Saldana.

This really isn't that difficult to understand. There is a deportation process laid out in the INA and amended by the IIRAIRA. Illegal immigrants who are apprehended go in front of an immigration judge. The SCOTUS ruled that people cannot be held indefinitely.

Zadvydas v. Davis, 533 U.S. 678 (2001), was a case decided by the Supreme Court of the United States. The court ruled that the plenary power doctrine does not empower the United States to detain indefinitely immigrants under order of deportation whom no other country will accept. To justify detention of immigrants for a period longer than six months, the government was required to show removal in the foreseeable future or special circumstances.

As I understand it, the only deporting that ICE can do without judges are expedited removals, which can only occur with people apprehended at points of entry and through voluntary departure (basically leave now and we won't hold it against you in the future).

ICE has criteria for prioritizing detention. Of the 36,007 thousand convicted criminals — not necessarily felons as Chaffetz corrected himself (what's the actual figure I wonder?) — about 1,000 committed a crime. That's like 2.5%. Of those, how many were felonies?

Nobody wants to see serious criminals released back into the public. To pretend that doing so is part of some agenda is asinine. What's to be gained? It certainly doesn't help the cause of amnesty to have a bunch of negative press about all the criminals that haven't been deported.

Here's another fact that you and your favorite sources CONTINUALLY ignore. I'm sure you'll agree that the Washington Post is certainly not a left-leaning source. They fact checked statements from the President about the increase in the number of criminals deported in the last six years and low and behold, they found his statements to be ACCURATE:

Not all of those deportations involve people with criminal records. To Obama's point, the number of removals of criminals has increased. Numbers for 2014 aren't yet available, but the increase between 2009 and 2013 was 54.6 percent. Between 2008 and 2013, such removals more than doubled.

So not only is it not a sinister plot to release criminals back into society, ICE has actually been doing a significantly better during this administration.

Deporter-in-Chief Obama?
edit on 2015-3-20 by theantediluvian because: (no reason given)

Those released from custody are generally supposed to be monitored, and Ms. Saldana vowed to stiffen those procedures to try to ensure those that are released are not able to commit new crimes.

ICE didn’t release a breakdown of criminal offenses of the new 30,000 on Wednesday, but among the 36,000 released in 2013 were 193 homicide convictions, 426 sexual assault convictions, 303 kidnapping convictions and 16,070 convictions for driving under the influence of drugs or alcohol.

ICE said that most of the homicide convictions were court-ordered.

Did I say otherwise? I'm not sure why you're putting anything in quotes other than to suggest that I did and that would be untrue. Not only did you respond to something I didn't say, you didn't respond to anything that I actually did say and so I'll reiterate.

- ICE can't deport without going through the immigration courts unless the person is apprehended at a point of entry (border, airport, harbor, etc) or departs voluntarily (in exchange for reduced or no consequences).

- Deportations of criminals are WAY WAY up under the Obama administration.

Ignoring everything else but knowing these two things, please explain how the following statement you made is credible:

posted on Mar, 20 2015 @ 10:11 PM
link
I've been watching the hearings on YouTube that were from the HSGAC committee 3 days ago (new) and catching up. I consider myself a "buff" on the topic of Illegal Immigration and I am BLOWN away by the stuff I'm hearing.

It must be "Judd, for the Defense".

originally posted by: theantediluvian
a reply to: Granite

They love America because they free from Communist dictator and want to assimilate, learn English, marry, have children.

originally posted by: Granite
They love America because they free from Communist dictator and want to assimilate, learn English, marry, have children.


The video show just how fumble-flopping dumb these appointed officials can be.

She doesn't set the rules.

I can't blame illegals for wanting a better life. I know if I were in their shoes, I too would be seeking that out. However, these aren't simply illegals we're talking about. These are bonafide criminals. The fact that they can be deported time and time again only to show back up in local U.S. prisons should be telling us something. Like the fact that we need major change in how our borders work and are protected.

I can't say I'm a fan of Obama's amnesty idea mainly due to the fact that these criminals will be reaping the same rewards their non-criminal counterparts will get. We have enough crap going on at our door step, no need in adding to it.

originally posted by: Granite
a reply to: theantediluvian

Could it be because so many Mexicans are trying to get a better life in the very same nation that has contributed to the severe problems in Mexico by importing drugs in so vast quantities that 38% of the entire US population is high at any given moment?

Judicial Watch released 76 pages of documents from the Dept. of Homeland Security which reveals that Obama's ICE released "165,900 convicted criminal aliens throughout the United States. And we're not talking about jay walking convictions, these convicts committed, violent crimes as homicide, sexual assault, kidnapping, and aggravated assault. (Reports recently detailed that ICE released another 30,000 in the most recent fiscal year, which brings the grand total of known criminals released by the Obama administration to 195,900.)"

There is no excuse for this crap! How much more do we have to put up with? 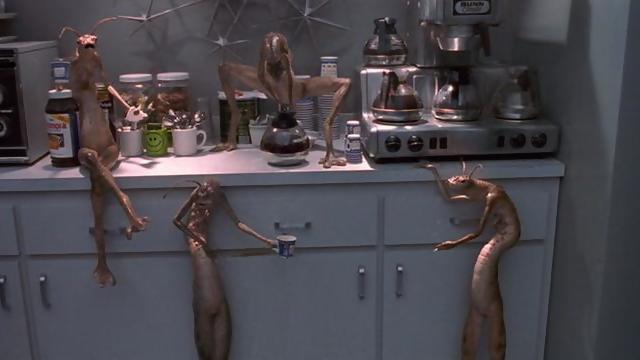