I say we should just have him put into Carbon freezing and just bring him out every time we need him for a star wars movie.

posted on Mar, 6 2015 @ 10:32 AM
link
I heard about this, and Harrison Ford had multiple cuts on his face, but was expected to make full recovery. That plane must have hit rather hard, and was not a smooth landing. The front is messed up pretty good. The propeller may have broke apart sending pieces flying, usually the propeller will just bend, who knows. Im glad he wasnt hurt any worse, and he will be OK. I cant believe he is 72. WOW time flys

From the morning news, he sounds like one bad ass grandpa that I would love to have!

The guy is like.. what 70+ years old? They keep saying he logs like 200 something hours per year at that age.

He sounded so calm and professional when he was sending his SOS crash message to the tower.

Went down in a golf court, without damaging anyone or properties...

Dude, he's Han Solo for a reason. Flying the Millennium Falcon sure is a lot harder than a civilian two seat airplane.

In all seriousness, wish the best of him and hope he recovers soon.

No we respect him because of his acting bringing those characters to life.
Those characters mean a lot towards some folk including myself as in he is my fave character in my fave movies.
Maybe If you understood this you wouldn't go around calling us all pathetic../.

posted on Mar, 6 2015 @ 12:21 PM
link
I'm glad to hear that he's not on deaths door like the original reports were claiming. But someone that age getting bumped around that badly and getting broken bones ... that's not something to disregard. It takes folks that age longer to get well. I'd say that I hope he keeps his feet on the ground in the future, but I doubt he'd want to live that way.

It's a primary trainer from the early 1940's. I think it's a PT-22 Recruit used for primary pilot training. It ain't a fighter.

All in all, he did a good job getting it to the ground regardless of who he is. Without engine power you don't have a load of options on where to land.
edit on 6-3-2015 by buddah6 because: (no reason given)

I respect him a lot more than someone that is a misanthrope in a thread where people are expressing their concern about a beloved public figure.

All joking aside I really hope he's alright!

It's not comforting for me to realize that all my heroes are mortal, fragile humans...

Even if I don't know him, I enjoy his performance art. If he's gone, then so is the performance art that I enjoy (enjoy is an understatement but it seems you want it cut and dry, or maybe that's just the only way you can understand it), so yeah, I'll be sad if he dies. Plus, he was never the kind of actor to be doing anything it takes just to get on magazine covers. His legacy is such that his work stands on its own, not needing any of the usual quackery to hold it up like the house of cards that a lot of careers consist of in today's generation of "stars".

What's it to you, anyway? Do you imagine that you are better than anyone here just because you are callous about a man who was in a plane crash and could have died? I don't see how you poopooing all over everyone's feelings is an admirable quality.

You, or any others who decided to take a crap on this thread, have No idea how I would feel if a "regular" person was in a plane crash. In this instance, I feel that it's not inappropriate to speak my thoughts of the matter on a public forum because I am familiar with his work and because he was a public figure.

In the case of a private individual who was a complete stranger, I may also choose to speak as well, depending on the circumstances, however my words may be less personal since I am not familiar with them in any way so it would seem weird for me to speak in more endearing terms the way I would with someone who I am familiar with in some way shape or form. That doesn't mean I care any more or less about each individual human life, which are equal in value- priceless.

We do agree on the following matter: People are so pathetic, indeed.

I find your lack of faith disturbing.

Thanks for that Link. So it would appear that he is going to be okay then?

originally posted by: kosmicjack
...is it too soon for Millennium Falcon jokes? 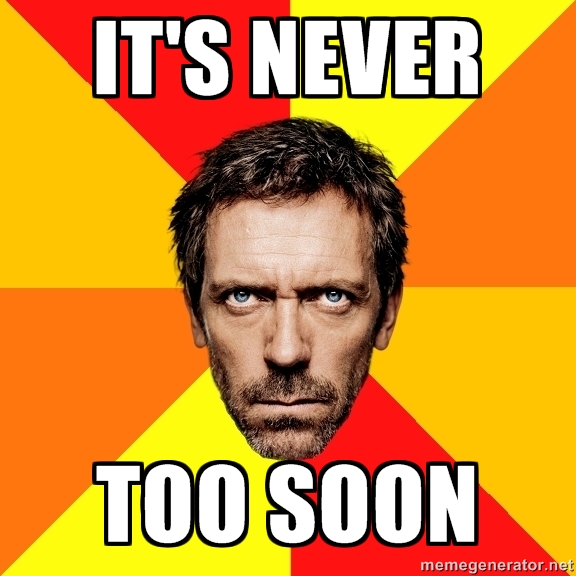 
originally posted by: kosmicjack
...is it too soon for Millennium Falcon jokes?

"But sir! The odds of surviving an emergency crash landing over a heavily populated area and winding up near a group of trained physicians are 3,204,353 to 1!"

posted on Mar, 6 2015 @ 04:20 PM
link
I just did a quick search and on TMZ it states he was injured but is expected to make a full recovery. That doesn't sound like he is in critical condition. Am I missing something here? I admit I didn't read all of those posts because of so much back and forth between members so excuse me if this has been pointed out. Good Day!

Initial reports had him injured worse, probably because he was strapped to a gurney and covered in blood.

posted on Mar, 6 2015 @ 07:21 PM
link
Huge Indiana Jones fan, huge. Well, the first two were awesome, the third was so so. The last one reeked. I expect the latest Star Wars film will reek, too.
So many of the great stars of the 80s and 90s are finished, now. Harrison Ford, Steve Martin, Jim Carrey, Adam Sandler, Robin Williams is gone, Tom Cruise, Johnny Depp, John Travolta, Ben Stiller( early 2000s), Eddie Murphy. Some more than others. A few are still hanging on. Bill Murray is probably bigger than ever although the Ghostbusters 3 film looks BAD. Stallone and Arnold have some star power left although now they're going for camp. Comedic actors have fared the worst by far. Will Ferrell can still be hit or miss but he's still funny. Nobody's really replace them. Will Smith seems ready to drop off the radar. Ditto Samuel L. Jackson and Denzel Washington and Morgan Freeman. They don't get the truly great roles any more and seem to just phone in performances like everybody else.
Low budget low effort comedies seem to be whats making money now.

originally posted by: Dutchowl
Huge Indiana Jones fan, huge. Well, the first two were awesome, the third was so so. The last one reeked. I expect the latest Star Wars film will reek, too. .

I have A New Hope for the next Star Wars movie. If the title is any judge, it's looking like we'll see the Jedi Return in a big way, which of course means the Empire will Strike Back. Christmas Special.

Also, the Last Crusade is my favorite Indiana Jones movie.

posted on Mar, 6 2015 @ 07:55 PM
link
Saw on the news they were praising his heroism in swerving to avoid houses, would've thought thats more of a sane action to continue living than some massive act of bravery but hey, hope he gets better.