As an amateur photographer I am very interested in the manipulations of photographs especially very old ones that pre-date computers. Things like the surgeon 'nessie' photo that was a photographed mock-up, or even the famous 'Trent' UFO pic of a ford truck wing mirror hanging from a phone wire don't qualify.

Sometimes the older photoshop jobs are harder to detect than the ones created today with state of the art imaging tech. 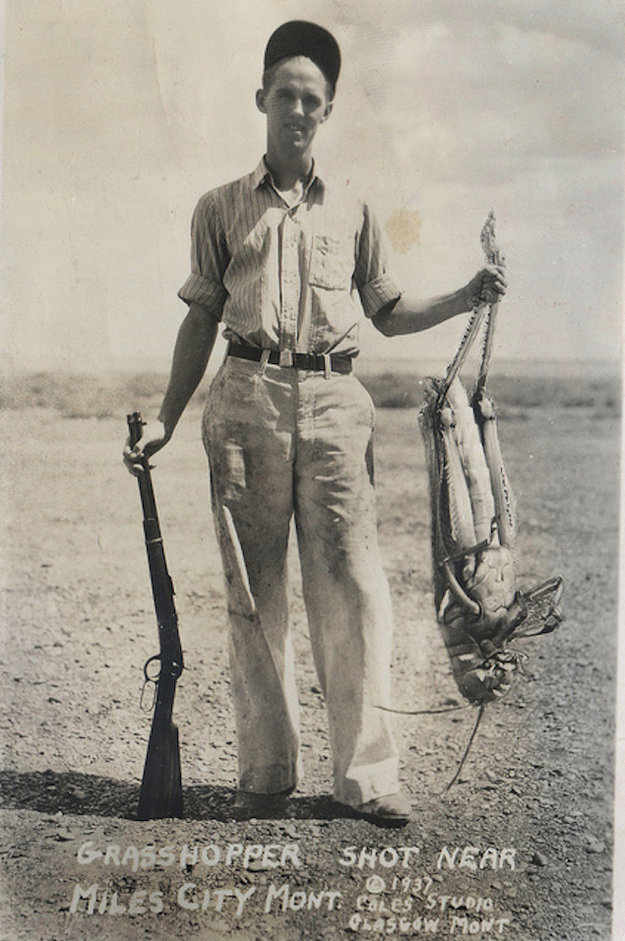 This one is great, although a bit blatant, especially nice once you read the post someone made on the page I found it on..

""Blake N Carol Stasch Nielsen • a day ago
Well, I'm sure this does me a lot of justice to claim this via internet. But, that is a photo of my Grandpa in Eastern Montana. I have the original print hanging on a wall in my house. Story goes that Grandpa was out shooting anything that could be shot one day, a man pulled up traveling cross country with camera gear, asked for GP to hold his gun like so and the other hand out, snapped a few exposures, then this photo showed up in a tabloid months later. Tabloid originally claimed that an "Australian" had recently pegged the "world's largest grasshopper". Very much a lie, hyperbole and stretch of the truth to an inordinate extent. The produced photo is a complete crock. Neat icebreaker at the bars though.""

Here is the source, which has some nice other anomalous photos to look at..

Then it's definitely been altered.

One website says it may have originally been a Rabbit that was edited out.
edit on 4-3-2015 by CharlieSpeirs because: (no reason given)

Um… you do realize that Photoshop has only been around since 1988… right? And required a Mac computer at that time.

The picture is just good old fashion precise work with a razor.

posted on Mar, 4 2015 @ 11:18 PM
link
I'm sure those were some tasty drumsticks.
I actually used to have a 'Weekly World News' t-shirt with that picture printed on it.

I just don't have a word for photo manipulation pre-photoshop. Can't and couldn't think of one.

Just wanted to stay in touch with the kids.

Maybe Razor Shop might be appropriate. You get full credit for that one if it catches on !

I wanna add it to my desk wall.

posted on Mar, 5 2015 @ 03:40 AM
link
wait why are we all assuming it' s photoshopped?
have you all personally seen every example of creature on this planet? maybe they live in an unexplored area, or maybe they spend most of their lives in caves!
maybe the noise you hear when wind passes through the branches of a tree at night is them. 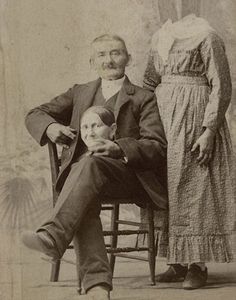 Years ago I worked in a photo lab and you could do a lot of really cool stuff.. A lot more difficult back then, but doable..