posted on Mar, 4 2015 @ 01:58 PM
link
It is just a very very sad time for many South Africans. I really don't know how I have missed this for almost 2 weeks, must have been my new job. But anyway, two fires broke out two weeks ago, one on Signal Hill and another on the mountain slopes of Gordon’s Bay. 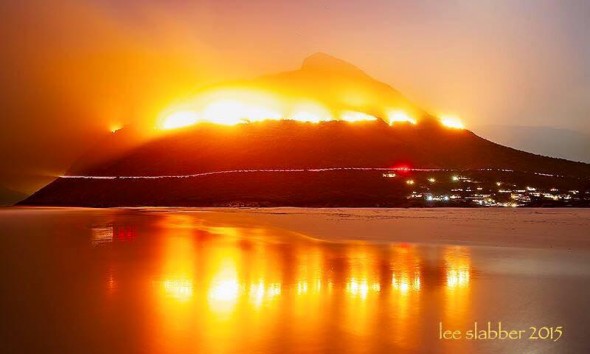 CAPE TOWN – Cape Town Fire and Rescue Services are battling two fires which broke out on Thursday afternoon – one on Signal Hill and another on the mountain slopes of Gordon’s Bay.

Both fires are being fanned by a strong south-westerly wind, filling the air with thick smoke.

There were 64 firefighters on the scene in Gordon’s Bay earlier on Thursday and three helicopters water bombing the area. 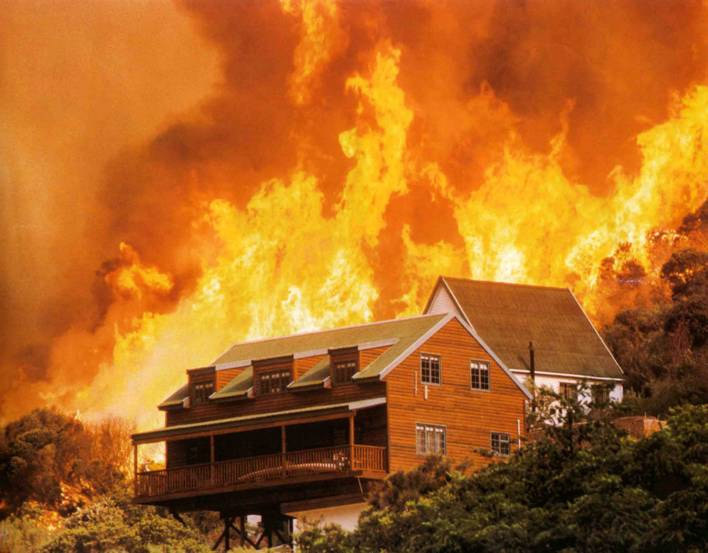 It is a horror!! Many thousands of people have been left homeless, only being to save their Identification Documents and Driver's Licences. Many volunteers has already began to help the local Fire Departments to fight the fire. Many shop owners has shut down business as usual, and started giving away water, food, even eye drops to anyone that is in need of this much needed items!

What made matters even worse was that in the middle of all this horror, came the hottest day in Cape Town's recorded history, peeking at an amazing 42 degrees Celsius.

As today is declared the hottest day in Cape Town’s recorded history the fire that began in the early hours of Sunday 1 March 2015 continues to ravage the mountain, with firefighters now battling over 14 separate fires.

Temperatures today reached 42 degrees Celsius, according to the Weather Office, making Cape Town the hottest it’s been in at least 100 years…and also the hottest place on the planet today. Officially.

Firefighters, many of whom are volunteers, continue to be the heroes in this disaster, putting their lives at risk for the sake of others. New dangers faced them today as the loss of vegetation in the Tokai Plantation area caused boulders to dislodge and roll down the mountain into their path.
www.sapeople.com...

Here is even more links to this story that is just going on, day after day!!


I have seen the devastation a wild fire can do, and it really is horrible!

posted on Mar, 4 2015 @ 02:01 PM
link
thanks for info; US media isn't covering this at all.
I know Australia has had fire problems last 2-3 years, wonder if the Southern Hemisphere is drying up?

This story only recieved media coverage in the last 4 days, eveyone thought this was just another usual fire up in Cape Town. It started out small, but kept on spreading.

The real problem is that the fire is going through green, wet fields. It jusr keep getting hotter and hotter!

I'll try to update every day or few hours is I get the time.

Hottest day in over 100 years! No way, they're fudging the numbers. The IPCC, NASA and the rest are just screwing with the data and making you think it's that hot. It's an old Jedi mind trick...sarcasm intended

On a series note, so sorry for the victims of this horrible fire and hopefully, they get a handle on it soon.

This is the second time something like this has happened. I believe it was 2 years ago, there was another fire that swept through that are, destrying entire estates. I remember because some i know had a house in one of those estates that got burner to the ground.

I think this brings in another question. Are the fire fighters in thr Cape area properly trained, and do they have the right toold for the job?

This is the second time something like this has happened. I believe it was 2 years ago, there was another fire that swept through that are, destrying entire estates. I remember because some i know had a house in one of those estates that got burner to the ground.

I think this brings in another question. Are the fire fighters in thr Cape area properly trained, and do they have the right toold for the job?


I'm not sure what it's like over there but from what i've read in other threads lately about SA infrastructure, you have to wonder if they do have the proper tools for fighting fires of this magnitude. They probably don't. Fires here in the states lose homes on occasion, but like this article states, thousands are left homeless. That seems like a pretty ferocious fire, like nothing we've seen over here.

posted on Mar, 4 2015 @ 09:54 PM
link
The ambient temperature is related to the fire's heat output, the heat will make it dry up quickly. hope you get a lot of rain very soon! There will also be low levels of oxygen, which will make breathing difficult, stay safe and good luck...

The local shubbery called "Fynbos" must burn seasonally and that's how it propagates and replenishes, however the scale of the crisis makes me suspect some mismanagement, and I haven't heard of controlled burns for a while.
To add to the problem there were also cases of looting some of the abandoned houses.

Sadly on the radio this morning a few people wanted to make it a race issue again, saying that money shouldn't be collected for insured rich white people, and nothing would be collected for fires in informal settlements (which isn't true, there have been several collections after fires in squatter camps, although the relentless racial hammering will make me think twice before giving again).
However, the hosts pointed out that the money was to train and equip firefighters of all racial backgrounds for all communities, and it wasn't going to anyone who tragically lost their property.

I believe it was TalkRadio and CapeTalk, both run by PrimeMedia. They do an excelent job!!! 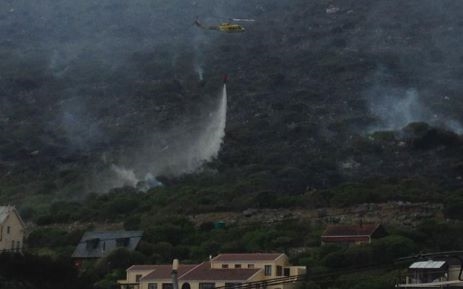 The massive wild fire broke out in the Muizenberg area on Sunday and quickly spread to surrounding suburbs.

While the fire has been largely contained, officials won’t be scaling back their operations just yet. 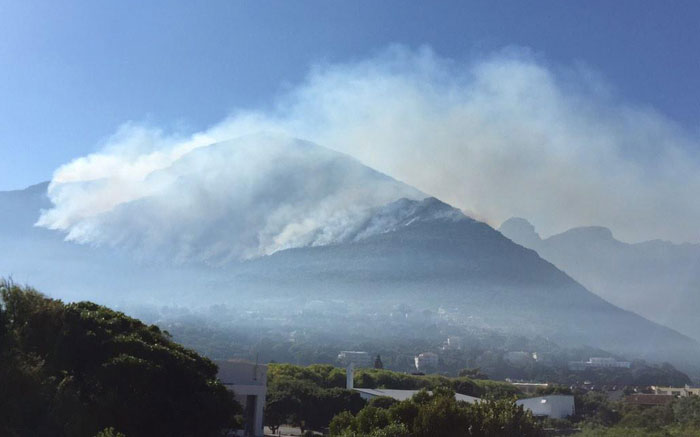 They’re keeping a close eye on a number of hot spots, including Tokai and Clovelly, anxious the winds will pick up and again fuel the flames.

Around 5,000 hectares of vegetation has been ravaged by the blaze that started in the mountains above Muizenberg at the weekend.


I know the Thread Title and OP states that was 2 week, but his main fire blazed for 5 days.

posted on Mar, 5 2015 @ 11:54 AM
link
a reply to: IndependentOpinion
Yeah it was Cape Talk Radio and KFM.
Also updates on the fires still burning, and miscellaneous coverage and images on this site.
www.news24.com...

Great thanks for the help!

posted on Mar, 5 2015 @ 12:13 PM
link
How many homes were actually lost? Was the statement that thousands were left homeless to mean these people were simply evacuated, or did they actually lose their homes?

I am not sure, but as far as I understand from what was said on the news, thousands of people were evacuated due to the fire getting closer, and then those homes were destroyed by the fire. So its both. 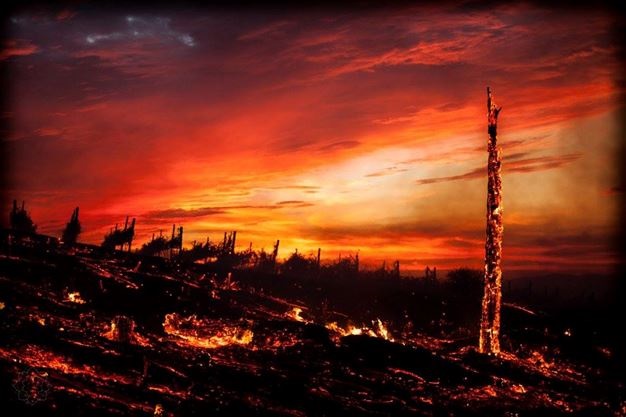 CAPE TOWN – A helicopter assisting in efforts to extinguish a blaze in Cape Point in the Western Cape has crashed.

ER 24 has confirmed the pilot has not survived.

Working on Fire spokesperson Evelyn Holtzhausen, “The pilot was rushed off to hospital but unfortunately declared dead on arrival. He was involved in a fire suppression exercise.”

Firefighters have been containing a blaze and its flare-ups in the area ever since thunderstorms ignited vegetation on Wednesday.

Fire and Rescue’s Liesl Moodie has confirmed a Working on Fires helicopter fell this afternoon.

Authorities have reported to the scene.