Too lazy for real protest. Let's take a selfie.

page: 1
28
<<   2 >>
log in
join
share:
Atsbhct
+3 more
posted on Feb, 17 2015 @ 01:55 PM
link
Sometimes I feel I belong to the last generation of Canadians who grew up with no internet, no real cable, no cell phones, etc. Being on this generational cusp sometimes puts me, and Im sure so many more, in a weird position when it comes to our opinions, our ideals, our lifestyles and what not. I'm able to use technology at an advanced level, but I also don't feel despair if I go without the tether of these advancements either.

That being said, one thing that I just cannot understand about the state of affairs right now is protest via technology, protest via social media, etc. The last time I used social media was several years ago when Facebook was experiencing a wave of "protest" where it's users would change their profile pictures to a cartoon in support of child abuse victims, or something closely related to that. This is the day I quit social media. At the time I just thought it was ridiculous and boring to see all of these "Save the children" statements and cartoons, and I was over it, never to return. As I thought about it over the years, and more online profile picture "protests" made headlines, the more I became enraged that this is what people have turned to to protest anything.

These shows of support do nothing to help any given cause. At best, news media will pick up a story about it, and friends and acquaintances will make claims of charity donation, etc. In reality, what you are really doing is making important causes into a flavour of the week, which people soon become bored with.

Real protest still happens, and we can all participate if we want to. It takes less time to make a Bristol Board sign stating your stance on fracking /feminism/freedom of speech/ anything, than it does to take that perfect make up free selfie to share with your friends in support of cancer research, or to find yourself a scarf to fashion into a hijab to then take a perfect selfie in to post on Twitter with the hashtag #imkindofskepticalofmuslimsingeneralbecauseofterrorismbutithinkilookwickedinthishijab.

I'm so sick of hearing about this type of "awareness campaign" or protest. The f#%^ with hashtags and selfies, if you feel strongly about something, anything, own it. Go and stand for it, shout for it, campaign for it. Put real work into your passions; and if something is just a passing phase, and you don't want to be the only person on social media who doesn't appear to support a fad cause, who cares!? Spend time doing what you love and see your causes really take flight instead of wasting your ambitions taking selfies and make hashtags in support of nothing.


This thread was promoted on the ATS Twitter Feed with the following image:

posted on Feb, 17 2015 @ 02:02 PM
link
The sad reality is that 85% of people don't really care, including the ones that do.
slacktivism i believe it's called.
They will tell you it is a way to raise awareness about a given issue.
The facebook posts, the tweets, all done to raise awareness.
fine.
Now that you have raised awareness to your 100 twitter followers, what is the next step?
"ummm..."
Reality is people only want to be involved as long as they don't have to really DO anything.
And it extends beyond the internet. look at the occupy movement:
It is/was based on solid principles, but what did they do? get involved in politics? collect money? lobby? nope, just sit around and chant. they did pay off a bunch of student loans yes, but that does not solve any permanent issue.
Sad truth is people mostly want to hear that they are on the right side of things, and then let someone else get their hands dirty.

The confused, withdrawn, capitulated state of mind is an engineered state. It is effective and so it will be overused and abused by the power structure. The damage is laid bare.

Teach children to seek power not authority. Reject profit machines and their amoral value system.
edit on 17-2-2015 by InverseLookingGlass because: (no reason given)

posted on Feb, 17 2015 @ 02:07 PM
link
Your grandparents probably think the same thing about you with your color TV and indoor plumbing.

originally posted by: Hoosierdaddy71
Your grandparents probably think the same thing about you with your color TV and indoor plumbing.


I don't know ops grandparents, but I doubt that.

originally posted by: Atsbhct
That being said, one thing that I just cannot understand about the state of affairs right now is protest via technology, protest via social media, etc. 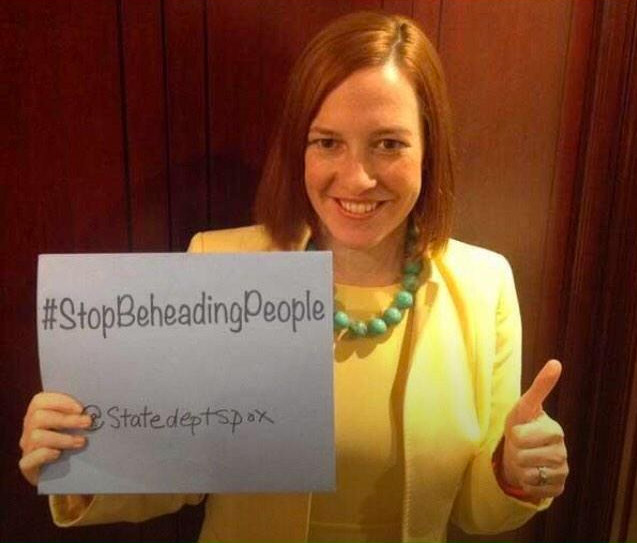 The issue is that modern society is raising a bunch of passive-aggressive individuals who would rather hide behind a screen and scream IN ALL CAPS about something than get off their ass and actually do something about it, like you said.

While I don't deny that hastags bring awareness to things, they rarely result in any sort of change or outcome--that takes hard work, and hard work is something that many, if not most, to which many of today's youths are growing up with an aversion.

Have another, on me.

(and, no, the irony of complaining about social-media protests on a website is not lost to me, but that's not all I do)

Wow. A thumbs up is the perfect accent to that impassioned hashtag sign.


originally posted by: Atsbhct
That being said, one thing that I just cannot understand about the state of affairs right now is protest via technology, protest via social media, etc.

I actually tasted puke in my mouth while reading that.

What is wrong with these people. Does she know what they would do to her.

I'm sure that sign scared the hell out of the Fundemental Muslim Terrorists.

Unbelievable, truly an embarrassment to all Americans and, indeed, western culture and reveals the near complete absence of all connection to reality.

posted on Feb, 17 2015 @ 02:43 PM
link
a reply to: Atsbhct
Ahh.
I too hate the facebook warriors. My sister is one and I call her on it all the time. In fact, I love calling the FBW's on their "activism". They don't do anything but complain. Not saying I do much, but I don't complain.

posted on Feb, 17 2015 @ 02:50 PM
link
Technology is both a blessing and a curse. Sadly far too many people are cursed by it and very few are using technology(namely the internet) to it's full benefit.

I'm disgusted by most aspects of social engineering....err I mean media. Such a trivial waste of time that does nothing but dumb down the whole of society. Sure many(I'm sure most on ATS) are able to NOT be dragged down with the rest of the masses but it is still infuriating to watch the unenlightened trot away to the tune of the next big "viral" phenomenon.

posted on Feb, 17 2015 @ 06:33 PM
link
What the hell do you want ATS?
I mean, I know some are supporting useless causes but aren't you even glad people are ACTUALLY DOING SOME TYPE OF PROTESTING?

Hate this, hate that. Boooooring.
I'm also Canadian and I'm probably from the same generation and what you are ranting about is down right negative and even more useless than people that at least express their non-compliance.

originally posted by: MisterSpock
I'm disgusted by most aspects of social engineering....err I mean media.

Oh, like this forum is any different.
You are part of it too.

I totally agree! The only thing these protests serve is to promote themselves and say, "Hey look at me! I support this cause!"


originally posted by: MisterSpock
I'm disgusted by most aspects of social engineering....err I mean media.

Oh, like this forum is any different.
You are part of it too.

This thread was promoted on the ATS Twitter Feed with the following image: