About seven and half miles south of Jerusalem sits a man-made mountain in the Judean desert on which is perched a fortified palace compound of King Herod. Herodium (aka Herodion) is comprised of the hilltop fortress/palace, a lower palace and a town. At 2,487 ft (758 meters), the upper palace sits upon the highest peak in the Judean desert. The site is believed to be the place where King Herod was buried. What is thought to be the tomb of Herod was uncovered at the site in 2007 though its identification as such has been challenged by some notable archaeologists.

Much of the site remains to be excavated but among the sections that have been are a Roman bathhouse and theater, a synagogue and the aforementioned mausoleum. The floors are decorated with large mosaics and the walls with frescoes thought to have been created by artists on loan from Julius Caesar. Construction of the site started sometime after 40 BC, following a great victory over the Parthians. 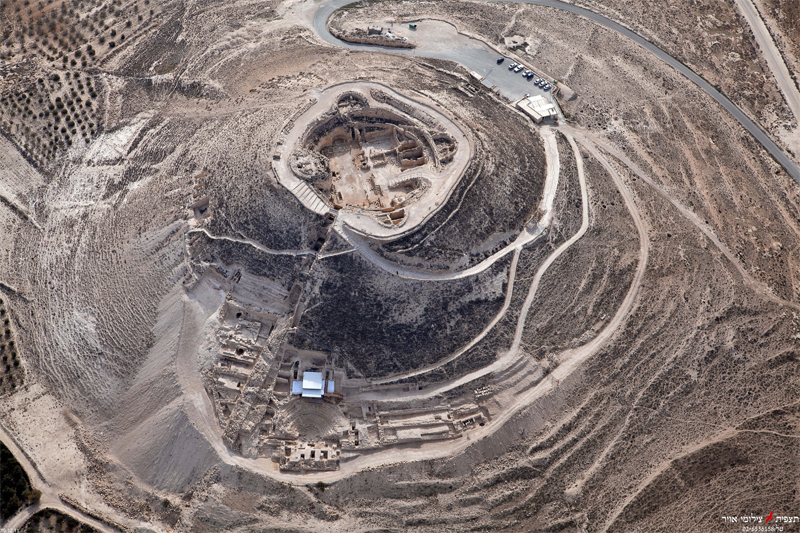 The description of Herodium from the Romano-Jewish historian Josephus:

This fortress, which is some sixty stadia distant from Jerusalem, is naturally strong and very suitable for such a structure, for reasonably nearby is a hill, raised to a (greater) height by the hand of man and rounded off in the shape of a breast. At intervals it has round towers, and it has a steep ascent formed of two hundred steps of hewn stone. Within it are costly royal apartments made for security and for ornament at the same time. At the base of the hill there are pleasure grounds built in such a way as to be worth seeing, among other things because of the way in which water, which is lacking in that place, is brought in from a distance and at great expense. The surrounding plain was built up as a city second to none, with the hill serving as an acropolis for the other dwellings.

Starting in 1972, excavations at the site were conducted by a team from the The Hebrew University of Jerusalem under the leadership of famed Israeli archaeologist, Ehud Netzer. After Netzer's death in 2010, excavations stopped for a time but they've now resumed and the latest discovery is that of a monumental entrance.

The main feature of the entryway is an impressive corridor with a complex system of arches spanning its width on three separate levels. These arches buttressed the corridor’s massive side-walls, allowing the King and his entourage direct passage into the Palace Courtyard. Thanks to the supporting arches, the 20-metre long and 6-metre wide corridor has been preserved to a height of 20 metres.

Surprisingly, during the course of the excavations, it became evident that the arched corridor was never actually in use, as prior to its completion it became redundant. This appears to have happened when Herod, aware of his impending death, decided to convert the whole hilltop complex into a massive memorial mound, a royal burial monument on an epic scale.

Whatever the case, the corridor was back-filled during the construction of the massive artificial hill at the end of Herod’s reign. The upper section of a new monumental stairway stretching from the hill’s base to its peak, constructed during the course of this building phase, appears to have been built over it. 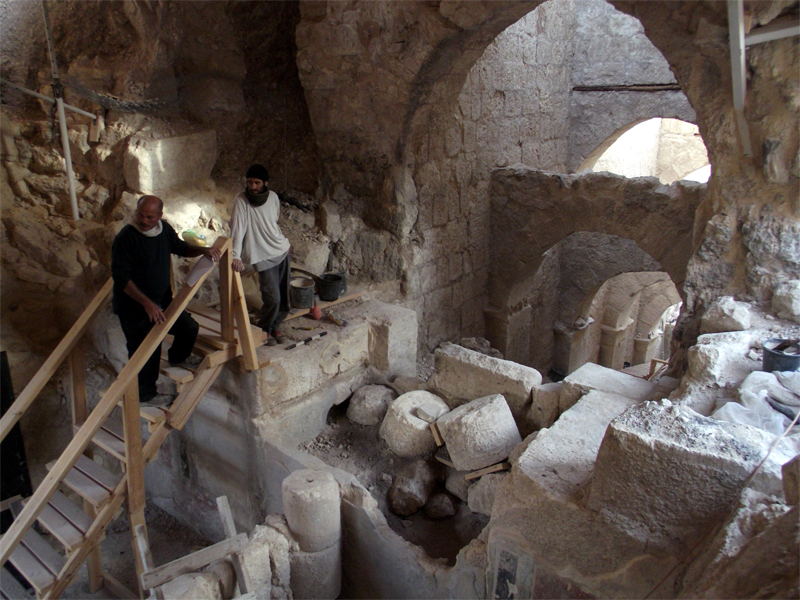 Section of the newly uncovered entrance. Credit: Herodium Expedition via Past Horizons 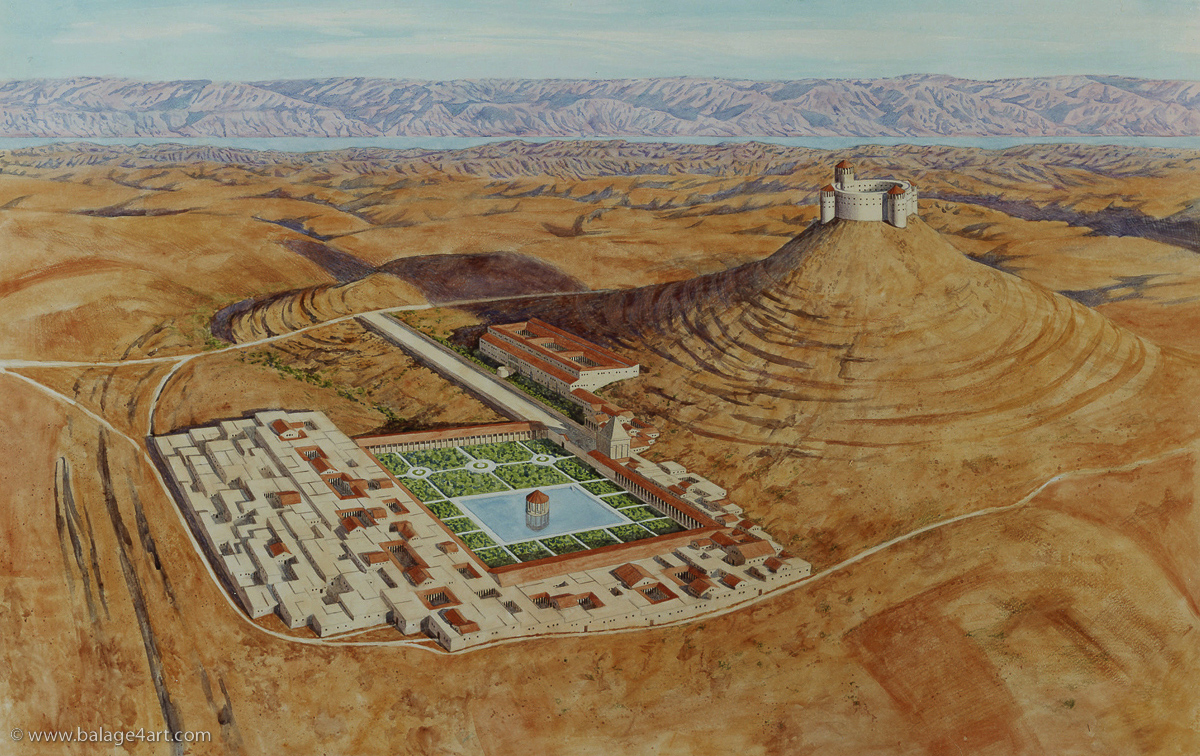 Thanks for keeping us abreast of the latest ancient wonders!

It Seems asthough Herod is credited with building literally EVERYTHING in Israel.
I know he was a great King and prolific commissioner of building sites, but did any other ancient Judean, save Solomon the Wise, build?

Herod had a habit of building really big things with other people's money.