If the methane is biological in origin, then it means the organism causing it roughly follows Earth's biological processes. We can hope for not-that-alien exolife.

originally posted by: swanne
a reply to: theantediluvian

If the methane is biological in origin, then it means the organism causing it roughly follows Earth's biological processes. We can hope for not-that-alien exolife.


I think it would be more interesting to find life that is totally alien. If life on Mars is found, and it turns out to be so different from earth life that it must have had it's very own independent genesis (rather than being seeded from Earth or vice-versa), then that could mean that the genesis of life may be a very, very common thing....

If life springs up independently twice on neighboring planets, than that may indicate that life "springing up" is something that naturally happens on a regular basis.

If they find life on -- say -- Titan, then THAT life could be very, very different than earth life -- life that most likely had an independent genesis from earth life. That would be exciting. By the way, NASA already has speculated about potential life on Titan, and their speculation is life that is very different than Earth life:

What is Consuming Hydrogen and Acetylene on Titan?


"We suggested hydrogen consumption because it's the obvious gas for life to consume on Titan, similar to the way we consume oxygen on Earth," McKay said. "If these signs do turn out to be a sign of life, it would be doubly exciting because it would represent a second form of life independent from water-based life on Earth."

I agree that life could be quite alien indeed (a star for your link). 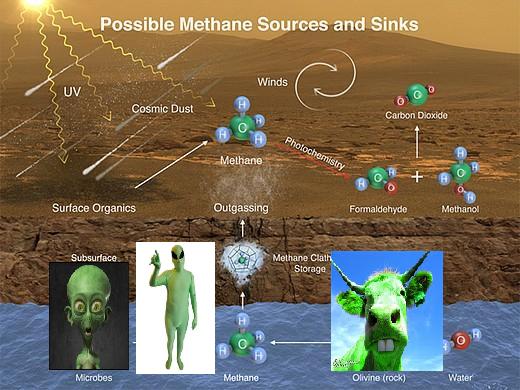