We would like to remind you that we expect civility and decorum in all forums, topics, and discussions. Continuing to post in a manner not in accordance with the T&C's can and will result in post removals and/or posting bans. Please continue your discussions with an eye on the topic and not your fellow members. Please also remember to stay on topic and stop any and all attempts to derail the discussion before you.

We are aware that 9/11 is a heated subject and discussions can get carried away quickly, but that may be the time to back away from the computer and take a breather. You are still responsible for your posts even if the subject matter is a highly emotional one.

You Are Responsible For Your Own posts.

We Expect Civility & Decorum In All Topics.

Some of the missing money probably went to pay for the Cruise Missile they fired at the Pentagon....lol


Na I think it was one of those buy one get one free deals.
Or was it refurbished from a rejected lot?

originally posted by: cardinalfan0596
So,
It was not a secret
It was not forgotten
It had nothing to do with the events of September 11, 2001


You missed one, the money was never said to be missing!

Funny how these false claims keep getting bought up by truthers, and then they get smacked down with facts every single time. It is as if no research at all is done, they just regurgitate some crap that they see on a truther website as if it is factual!

I maxed out my character count on that one. Whoops.... 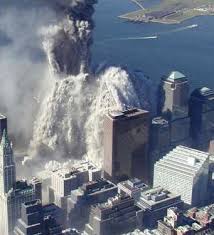 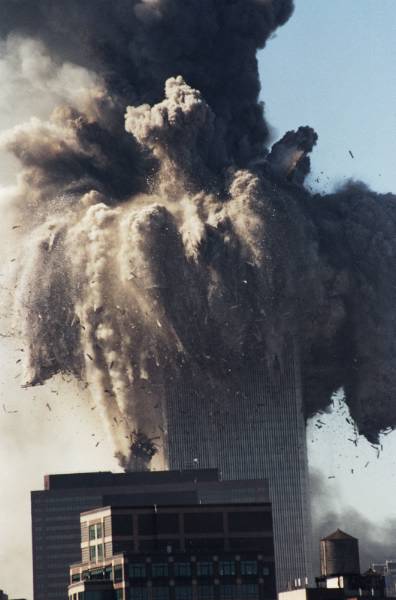 An honest researcher would know that closer pics exist. And recognize that these pics clearly show that there is no "fountain" of dust. They show that the arcing dust pattern is not "heavier than normal therefore it must be concrete therefore 9/11 was an inside job" dust falling to the ground, or whatever you said in error, but simply dust from concrete and drywall and spray on insulation streaming off the falling ext column panels.

If dust was sucked down , it was down the centre,

not the outer ring. The outer part was falling simply due to gravity.

Dude. Your research sucks. The dust was not falling in some unexpected way due to gravity. It was streaming from the falling ext panels.

I'm in the trades currently, and no, I would not recognize what you claim without attributing the bulk of the matter in the fountain spewing out of the building, to concrete.

Well. since I've proven that you're wrong about your characterization about how the dust was falling unusually, then you now have to find a new basis to object. Or move on.

Yes there can be other material like you mentioned

The steel connections would not have waited for the concrete to be turned to powder before they let go on to the next slab. Maybe when the concrete was sandwiched at the bottom there would be enough energy to do that but not on the way down.

I don't think you have a leg to stand on personally.

I think your research sucks and don't know the facts. And opun this ignorance, you have built your suspicions.

I see no evidence of change.

NIST cooked up results to show that progression could possibly be inevitable. Did not prove any conclusion

Yet again, your research sucks. Bazant wrote his paper on 9/12. Months before the NIST was even funded to investigate the collapses. He never worked with, nor for NIST. He is a college professor.

And there's no uncertainty about his findings. It's a fact.

If explosives were used, there would be no need for the weight. Any resistance would be removed with explosives, not down force because... they used explosives.

So then given the option of:

1- blowing a few core columns in the plane impact area, and letting gravity do the rest

You're saying that the perps chose option 2...... LMAO

did you even think before you wrote that?

Yes. And it's apparent that despite me showing you the rabbit hole you're going down, YOU still haven't.

Let me explain why your thoughts are not rational.

While it's self evident that anyone that would wire up the buildings has a personality issue, unless they were completely insane, they would NOT want to be found out. To have the expertise to be able to do this means that they have been able to function enough to be able to build up enough experience and credibility to be chosen for the job. And this guy(s) client presumably ALSO doesn't want to be found out, so they would NOT want to hire someone with personality issues. To believe that they would not care is equally insane.

SO..... given that, it would be done as simply and covertly as possible.

So why choose blowing the core columns only? It would involve less explosives. It could be done more covertly - elevator shaft access. And quickly - set it up just a few days before the event. After that, no more explosives needed.

Taking months drilling the concrete floors 12" oc and hoping that no one sees you. Or pulls up a carpet. Etc.

And oh yeah, since truthers don't believe that the towers should have initiated the collapse anyways.... Guess what? YOU STILL NEED TO USE THE SAME EXPLOSIVES AS DESCRIBED ABOVE.

Your option is nothing more than ramblings. They are not coherent thought, nor opinions. They are just nonsense being put out at random, just as an activist would do....

originally posted by: cheery1
So you are saying that a famous jewish/czech/american professor "Lied" & "Misled" when he (in your words) "made the best case for the collapse arrest."??

He explained in the paper what he was doing and why.


He explained in the paper what he was doing and why.

LOL
He sure did.. He was "trying" to use an improbable theory to explain away how two towers magicallly collapsed on 911.

So how is it that building number 7 collapsed also on that day..
So odd.. 42 floors.. a hole and a fire...
sounds like Hollywood magic or Turner magic
Maybe Santa came early.. LMFAO

Although NOT so lucky for those who died or their families..
edit on 4-12-2014 by cheery1 because: addy

originally posted by: cheery1
So how is it that building number 7 collapsed also on that day..
So odd.. 42 floors.. a hole and a fire...
sounds like Hollywood magic or Turner magic
Maybe Santa came early.. LMFAO

Although NOT so lucky for those who died or their families..

Above you also say..

An honest researcher would know that closer pics exist. And recognize that these pics clearly show that there is no "fountain" of dust.

Actually there is virtually nothing but dust... wheres all the downward force coming from..?
Cos there sure doesn't appear to be a hell of a lot of weight on top...

tell ya what check megabunk & get back to me..


come now Bruce.. where did I actually say people died in wtc 7..?

Why was there such a hurry to ship off the evidence?

Why did the Bush administration fight an investigation for so long??

Who were the real beneficiaries of 911?

originally posted by: cheery1
a reply to: hellobruce


come now Bruce.. where did I actually say people died in wtc 7..?

Although NOT so lucky for those who died or their families.

originally posted by: cheery1
Actually there is virtually nothing but dust

So all the steel just disappeared....

It is amazing how scared truthers are of sites that are merely a collection of government documents, videos, witness statements and media records. Well I guess there is also the audacity of pointing out what "truther" theories leave out......

So all the steel just disappeared....


Regarding top of the magic disappearing towers as they were virtually in freefall..
Yes I can agree with you on that.

Evidence shipped off in a hurry? It was Memorial Day 2002 before the last wreckage had been removed. And then, it was taken to the landfills where people went through it looking for evidence, remains......

Why did they fight an investigation.....oh that is an EASY one. In the days and weeks after, the Government was portrayed as taking organized responses to the events of that day, and that we just did not have enough time to respond. The truth, was not even close.

There a couple hundred reasons why the career politicians really did not want to have an investigation, and even THEN, when they started one, they put people like Jamie Gorelick on the Commission....when SHE should have been testifying in front of it on why she did not allow information to be shared from the Phoenix FBI office to the Terrorism Desk.

LOL.. er I wonder at your intent with such a lame statement..
But oh well.. There have also been people who have said Israel did it.. or mossad..
Even a lot of morons who persist with the claim of 14 hijakers did it.. directed by a man in a cave..
You know the one? I forget his name, but I believe his parents were friends of daddy bush.. yes thats right he also was a CIA asset..
But really with any murder investigation(and I use that word loosely), it always comes back to motive..
Who would benfit mostly from this heinous "act" of terror..?

LOL.. er I wonder at your intent with such a lame statement..


Not a lame statement, it was made by a truther here... and it was just pointing out how silly truther stories are.

Actually there is virtually nothing but dust... wheres all the downward force coming from..?


June 25, 2002: The last truckload of debris is carried out of the World Trade Center site. More than 110,000 truckloads of debris have been removed from ground zero.