posted on Oct, 25 2014 @ 11:38 PM
link
Six of the most unbelievable Republican statements about voter suppression

My fave of the above story.


What, exactly, was the Ebola Test? Simple, it was a chance for the right wing, so proud of their Christian “faith”, to rise up and tell the world that they were willing to do anything and everything to stop the epidemic of Ebola that is ravaging parts of West Africa and, in doing so, protect the rest of the world from it.

Instead, they’ve been screaming to “close the borders”, even to Americans that might have been exposed. They’re whining about the thousands of troops we’ve sent to fight the disease in West Africa. They’ve been fearmongering about undocumented immigrants from Central America as a “possible” source even though there have been no cases of Ebola reported south of our border. Ever.

God is like "WTH...I give you a test to prove you are selfless human beings and my way is the true way and you go and do this"

“Before Obamacare there had never been a confirmed case of Ebola in the U.S.”

"Before Obamacare I never got a papercut.IMPEACH !"


Cruz’s adviser went with the tried-and-true right-wing cop-out: “It was a joke.”


Well, har-dee-har-har. Muzin is not the first right-winger to blame President Obama for Ebola. Donald Trump also took to Twitter to blame the President for the virus … again.

How was your week.. 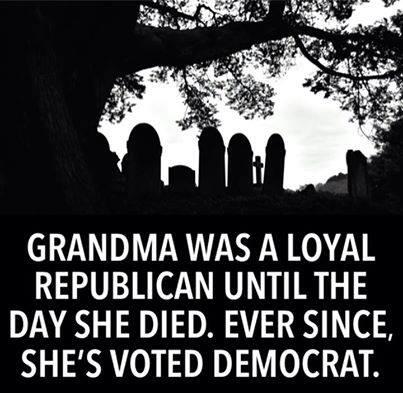 posted on Oct, 25 2014 @ 11:55 PM
link
It always amazes me what the Christians do compared to their rhetoric.....
How strange the dichotomy....To engage in total opposites almost exclusively must leave one with an agile mind....capable of following the most intense twists in logic to reach their desired comfort zone.....mentally and physically.
Things would have a chance to change for the better of we all just admitted most of us are just kidding ourselves to justify our short comings one way or another.....
Church became a farce for me by the age of 8.......surely adults could figure it out.
I think religion is by and large totally hypocritical of its stated credo no matter which one you pick.....
Mind you, I think most governments, and their various mechanisims are basically still just a big protection racket ultimately backed up with the same brute force that criminals also use.....,
God, if he exists....must weep............I know I sometimes feel the exact same way....

And if they can, probably more than once

posted on Oct, 26 2014 @ 12:39 AM
link
Wow, someone sure swallowed the partisan kool-aid today. I suppose this whole thread could be in jest which would explain its ridiculousness.

I assure you that voter ID is not going to 'suppress' anyone. They can use the same ID they use to drive, buy beer, bank, get a library card, get insurance, sell at a pawnshop and get a loan.

I think the Ebola issue is a bit of a bugger. No one in their right mind would suggest that the nations which have extensive infrastructure and mobile infrastructure in place to handle epidemic diseases, should not be sending people to Africa at the moment to deal with the crisis. People are suggesting it, just not sane people.

However, I do think that nations which send people to Africa should be quarantining all returning medics and doctors, and providing biological containment equipped aircraft to ferry them back and forth, rather than using civilian flights to transport them. These methods would contain the virus an awful lot better than self monitoring policy which seems to be the flavour of the month at the moment.

However, the assistance that can be offered these nations damned well ought to be offered, and no one should be complaining about it!

Also, I think that although there should be no border lockdown for flights from Africa, I do think that travellers from within a thousand miles of an infection outbreak zone, should be quarantined also, and that the countries themselves should have closed their own civilian airports, ferry services, bus terminals, and locked their own borders for the protection of everyone else.

The only people going in or out of any of the affected nations, should be medical professionals and military logistics personnel, people actively fighting the virus. There are no realistic reasons why tourism, or business travel should be considered necessary in a climate such as that which prevails in the region at the moment. Some might say that in order for the nations in question to continue to function at all, it is necessary that whatever commerce they posses which is not already in a shambles due to the crisis, is allowed to continue as normal, and I agree. But that does not mean that business flights and trips need to be made.

Those who are traveling out of these countries for seminars and business meetings, need to get a grip and use their noggins a little. These nations, while they may be poorer than others, do have internet access in places, and it is to these places that business travellers ought to go, in order to conduct their business and attend meetings, using internet based video chat services, rather than risking traveling out of their nation and spreading disease.