posted on Oct, 20 2014 @ 07:57 PM
link
Imagine a spider as big as a child's forearm that weighs as much as a puppy. That's how huge the South American Goliath birdeater — arguably the world's largest spider — can be.

Entomologist and photographer Piotr Naskrecki encountered one while he was on a nighttime stroll in the rainforest of Guyana, and at first he thought it was a small, hairy mammal

“Its feet have hardened tips and claws that produce a very distinct, clicking sound, not unlike that of a horse’s hoofs hitting the ground,” Naskrecki wrote on his blog, The Smaller Majority.

Naskrecki, who spotted the colossal creature in a South American rainforest in 2012, saw it rub its hind legs against its abdomen, sending out hairs with tiny barbs on them. He said the barbs are “extremely painful and itchy”.

But in good news, even if it bites you, “a chicken can probably do more damage,” Naskrecki said. Naskrecki caught the female and took her back to his lab to study.

The South American Goliath birdeater (Theraphosa blondi) is the world's largest spider, according to Guinness World Records
Its legs can reach up to one foot (30 centimeters) and it can weight up to 6 oz. (170 grams)

Boy my sister would have a hissy fit if she ran into one of these, literally. LOL
Would love to see her reaction!!


Thought I would share this with those that might find this interesting
At least it's not about Ebola or a Political issue, a little different I might say

Did a search and did not find anything

Ehhhhhh idk.... The one with his hand for reference is misleading. He's pulling the old fishing trick of holding the fish away from your body. The hand is further from the lens than the spider and it makes it look much larger then it is. It only takes a few inches and the right angles with the log and whatnot to throw off your mind.

Same thing is done in tv and movie making a lot. Pretty much all of Sylvester stalone's movies are a good example of making someone seem bigger using angles and heights. 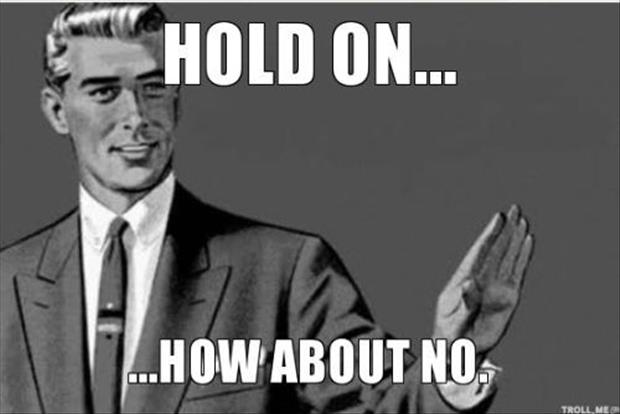 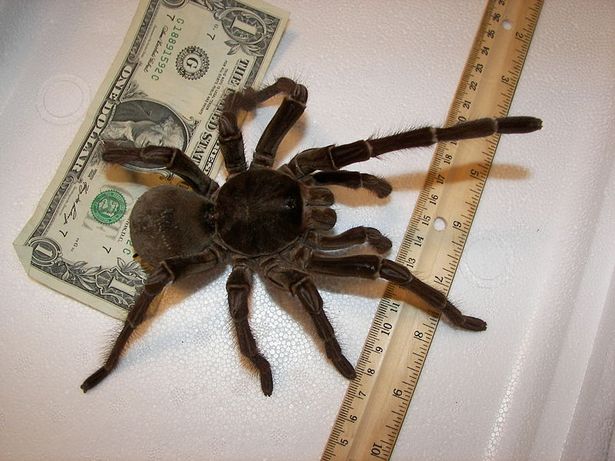 Why do journalists think we are so stupid that we cannot understand measurements... Or are key words like puppy and kitten a sure way to get people to read your crap? Maybe we the public are stupid.

posted on Oct, 20 2014 @ 08:07 PM
link
Folks, Goliath bird spiders ARE the biggest spider known to mankind and DO get a foot across in size.

point is in the story i read someone said the guys hand is far back in the photo so you can,t really get a true scale of the size.

don,t get me wrong its a big spider but got to agree i don,t think its as big as they are trying to make it.

Aye they do get big. Just not the one in the photos. He's about the size of that dudes hand. Now how big that is idk. It could be that super tall white guy that plays for the timberwolves that's reporting this. Lol

That thing is ginormous!!!

While I can appreciate it's beauty, no way would I ever want to encounter a spider the size of a puppy!! Yikes! And it makes clicking sounds when it walks, similar to a horse! Wow! Ok, maybe now I'm curious to see it walking and to hear the sound first hand, and the spider isn't poisonous...but it so big!!!

It's always great to see something besides Ebola on the boards, thank you!

My train is going 'nope nope nope nope' instead of 'choo choo choo' lol.
I'm terrified of spiders smaller than a millimeter. THAT is too big.

A foot long? JUST MY SUB SANDWICHES, THANKS. hahaha

but yeah i know the hand to spider is off, but still.

*pats the seat next to me*
Come ride the Nope Express with me, man.
We are SO outtie hahahah.

posted on Oct, 20 2014 @ 08:23 PM
link
The Goliath Bird Eating Spider...sounds like fiction, but it is indeed a fact. I will leave a short clip from a doc to show the size of this marvel of nature and also ask the question...if they can grow this big, couldn't they grow bigger? The size of the example in the documentary, if its legs were spread wide, would be at least 8-10 inches so...

Nice thread OP, whether the actual report is true or not, one has to admire the beauty of nature.
edit on 20-10-2014 by Jonjonj because: (no reason given)

Somebody stop the planet and let me off.

posted on Oct, 20 2014 @ 08:35 PM
link
I have strong urge to burn my pc after watching that video. That was the most unnerving thing I have seen in a while. Thanks for posting it through, my kids loved it.

posted on Oct, 20 2014 @ 08:39 PM
link
so pretty obvious video proves the point that the pic makes it look bigger than it is tho house spider is big enough for me and even then i,m still looking for something to get it with so i don,t have to touch it

posted on Oct, 20 2014 @ 08:42 PM
link
When i lived in chaska, mn trailer park my neighbor came over and asked me to kill a spider for her because she hates spiders, so i agreed. When i got there 5 people were standing around and i asked," where is it". They all pointed at the top portion of the garage and when i looked, i was dumb founded. The thing was obviously larger than my two hands put together in dia. I'd say, 14 in. dia. I got as close as i dared to and it was a light brown with long hair and long legs and a huge nest. I went to my garage to get the broom. I later found out this was a mistake. I took the broom and swatted at it and missed. IT flew like a bat out of hell from the nest. We all ran. We found it by the edge of the garage in the thick grass. I then went to the garage to get the snow shovel and kept bashing until i thought i got it. I killed it and dumped it in the trash can. To bad noone thought of takin pics. A real doozie. a year later, after i moved out , another spider was spotted going under her trailer. I'm glad i don't live by there anymore, who knows how many more of them are under her trailer.
Kreepy and fast.

Talk about cognitive dissonance! Mentioning puppies in the same breath as giant spiders... Should my heart melt - or stop? Should I have thoughts of infinite love in a cute little package, or should I carry a cyanide pill in case I ever find myself within 20 miles of one of those.

If I ever ran into one I know I would probably exercise my right to bear arms in an unusual and hopefully defendable in the eyes of the law fashion. Think the cops would blame me for defending myself with a concealed weapon?

I'm gonna do some digging and see if anyone ever had to defend themselves in court for using their Concealed pistol to kill a spider in defense.... Lol. I'm sure they've been used in dog attacks but spider attack? Lol il report back what I find.