Number of US Ebola patients not adding up....

page: 1
28
log in
join
share:
FredT
+7 more
posted on Oct, 19 2014 @ 11:39 PM
link
Sometime the numbers don't add up. The specially modified Gulfstream III's used by the CDC have a spotty record of using their ADS-B transponders so the available info is spotty to say the least. but.... Yesterday in response to the photos of the guy lacking isolation gear they mentioned that they had made 11 successful Ebola quarantine flights. 11? There were the two doctors brought to Emory. The guy that went to Montana, the two nurses. that makes 5. They say 11.

Are there more cases that they are saying? The first aircraft has a tail registration N173PA. There are flights to Hawaii (Which could be explained by its role as a Range Aircraft for the MDA.), Germany, Bermuda, and Switzerland. Others are major transit stops for airframes that don't have the range to go direct (Bangor and Gander). Almost all of these flights start and end in the US (round trips).

The other aircraft N163PA has only one flight that has been logged and that was on the 17th which looked like a staging flight.

The company that owns the aircraft has also been linked to the Extraordinary Rendition Program that still is in use. While I cannot find N163PA in any flight plans it has been spotted by various tracking groups over the years at a variety of interesting airports like Malta etc.

So who are the other 5-6 Ebola patients they have transported? (Even if you count Germany and Spain) we still have more than official accounted for.


An American treated for Ebola at Emory University Hospital in Atlanta since Sept. 9 said on Wednesday he was recovering from the virus and expected to be discharged from the hospital soon.

The patient, who has not been identified, was working in Sierra Leone when he tested positive for the disease and was evacuated to the United States on a privately-chartered flight.

He disclosed the first public details of his condition in a statement released by Emory but said he wished to keep his identity secret for now.

ETA Dr. Sacra may have flown twice to Nebraska and the cameraman is in Nebraska.
edit on 20-10-2014 by DancedWithWolves because: (no reason given)

posted on Oct, 20 2014 @ 01:32 AM
link
so when is the epidemic finally going to start? or is it blowing over just like predicted?
Much Ado About Nothing?
that being said. the CDC is the most unreliable thing possible.
ebola isn't very good at spreading, compared to other viruses, it will die out, and they will take all the credit for it. not fully knowing what happened. kinda like "burn after reading"

posted on Oct, 20 2014 @ 07:54 AM
link
The US is using the two aircraft to fly the other sick patients out of West Africa to European countries. Why we are spending that money I have no clue but we are.

As DacedWithWolves has pointed out there has been internal transfers.

I count 17 evacuations in total but i dont have information about what company is doing what transfers. Keep in mind that private charters are likely to not be reported i recal an interview with the director of International SOS who said that they have assisted in 100s of evacuations... i should point out that this could include a charted jumbo to fly 70 miners out of remote Liberia or something to that effect where there is extremely little risk of EVD but people are deciding to go private rather then slum it economy out africa. And i really doubt that any medical evacuation company would transfer an EVD patient without contacting local health authorities and WHO who would report on it. They would certainly never be allowed to fly again if that happned

In terms of the 17 'offical' i know are 6 to USA, 3 to Germany, 2 to Netherlands and Spain, 1 to UK, Norway, Switzerland and France. - also not all these are confirmed EVD, just that Ebola was the reason for transfer e.g. i think the 2 to Netherlands were both put in isolation and eventually released after no confirmed EVD.

ETA: Can't link from phone but they're both in the top 10 last created threads in my profile.

How many ebola patients have really been brought into the U.S?
edit on 10/20/2014 by ~Lucidity because: (no reason given)

posted on Oct, 20 2014 @ 09:58 AM
link
There is only one provider that is certified to fly Ebola patients and that's Phoenix Air out of Georgia. They also have a fleet of Gulfstream and Lear aircraft used for military contracting, EW OPFOR, etc.

posted on Oct, 20 2014 @ 09:59 AM
link
The 'PA' in the N-reg number refers to Phoenix Air. If you search YouTube there is a recent news interview with the CEO and video of the containment area in the plane.

originally posted by: emsed1
There is only one provider that is certified to fly Ebola patients and that's Phoenix Air out of Georgia. They also have a fleet of Gulfstream and Lear aircraft used for military contracting, EW OPFOR, etc.

And only one Phoenix searching for MH370.

originally posted by: IShotMyLastMuse
so when is the epidemic finally going to start? or is it blowing over just like predicted?

Hopefully the EA*RTH human environment suits frequencies can be readjusted, limiting fear of this viral outbreak but allowing caution for consideration and survival instinct to avoid and detect and treat.
And once the fear frequency is replaced with objective data collectively on this viral subject perhaps the species of man can continue to genetically progress past this viral issue once the plan is in play to globally eliminate the issue.

And so 1 recommends we RESONATE 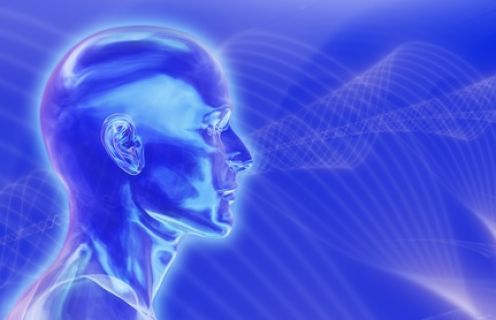 on the frequency of HOPE w/ encouraged vibrations of physical strength for ALL* the ill and those treating the ill and trying to contain it...

originally posted by: emsed1
There is only one provider that is certified to fly Ebola patients and that's Phoenix Air out of Georgia. They also have a fleet of Gulfstream and Lear aircraft used for military contracting, EW OPFOR, etc.

I wondered about this myself the other day when reading about the Pentagon parking lot situation. Originally that article reported:

Despite numerous Ebola scares in the United States, there have been fewer than 10 confirmed cases in the country.

But that article has been replaced with a different narrative- or at least the current link points to something different.

You can however see the original text in the Google cache version:

(Updated at 11:00 a.m.) Arlington County’s hazmat team is on the scene at the Pentagon due to an Ebola scare.

Medics responded to the Pentagon this morning for a report of a woman on a tour bus who was sick and vomiting. When they learned that she had recently arrived from Africa, the hazmat team was called out of “a complete abundance of caution,” Pentagon Force Protection Agency spokesman Chris Layman told ARLnow.com.

A large portion of the Pentagon south parking lot has been cordoned off with crime tape, and police are telling those who don’t work at the Pentagon to avoid the immediate surrounding area.

The woman has been transported via ambulance to Virginia Hospital Center. The county’s medical director also responded to the call and is at the hospital with the patient, according to scanner traffic.

Layman said the bus was at the Pentagon for a tour of the Pentagon Memorial. Pedestrian and vehicle traffic has been shut down around it.

Despite numerous Ebola scares in the United States, there have been fewer than 10 confirmed cases in the country. Today President Obama named an “Ebola czar” to help coordinate the federal response to the outbreak threat.

I couldn't figure out how they got to 10.

originally posted by: loam
a reply to: FredT

Why say 'fewer' than any number of 'confirmed cases'?

Incidentally, this was originally reported by WTOP.
edit on 20-10-2014 by loam because: (no reason given)

originally posted by: loam
a reply to: Psynic

Why say 'fewer' than any number of 'confirmed cases'?

3 is also less than 100 confirmed cases of Ebola in America!

posted on Oct, 20 2014 @ 12:18 PM
link
a reply to: FredT I remember there has been a big debate about what the cdc has to tell us and something about a virus having to effect 3% of the population before they enact certain measures.

They dont need 3% to enact 'certain measures' the cdc along with public health officials can enact what's called a 'public health emergency' they can do it if there is 1 person effected or a million the call is up to them to justify why its an emergency. Generally though public health emergencies are rarely declared because it creates a lot of political pressure to do something about.
For example if they decided this was a public health emergency because there has been transmission from 1 person 2 nurses resulting in only 1 death so far, then shouldn't it be a public health emergency that heart disease, cancer and other obesity related diseases causes millions of deaths each year as a direct result of ultra processed fast food? Shouldnt the CDC be storming into McDonald's and ensuring the source of this dreadful disease is destroyed?