posted on Oct, 19 2014 @ 02:30 AM
link
I was on my other popular website ARRSE.CO.UK An unofficial UK Army website very popular with Ex/ Serving members off the armed forces UK.


The Squad (Who will all claim they where on the balcony) were discussing a picture taken off Internal Security Police in Western Europe during a soccer game, Bringing to bear some sort off canister to threaten/intimidate some off the more unruly elements off the supporters.
The debate rattled on and on its usual wry wit and dark banter as per MO off ARRSE Members.
The Riot weapon was never fully disclosed to what purpose it might be used for.
So i thought i would bring it to ATS Members for Discussion. 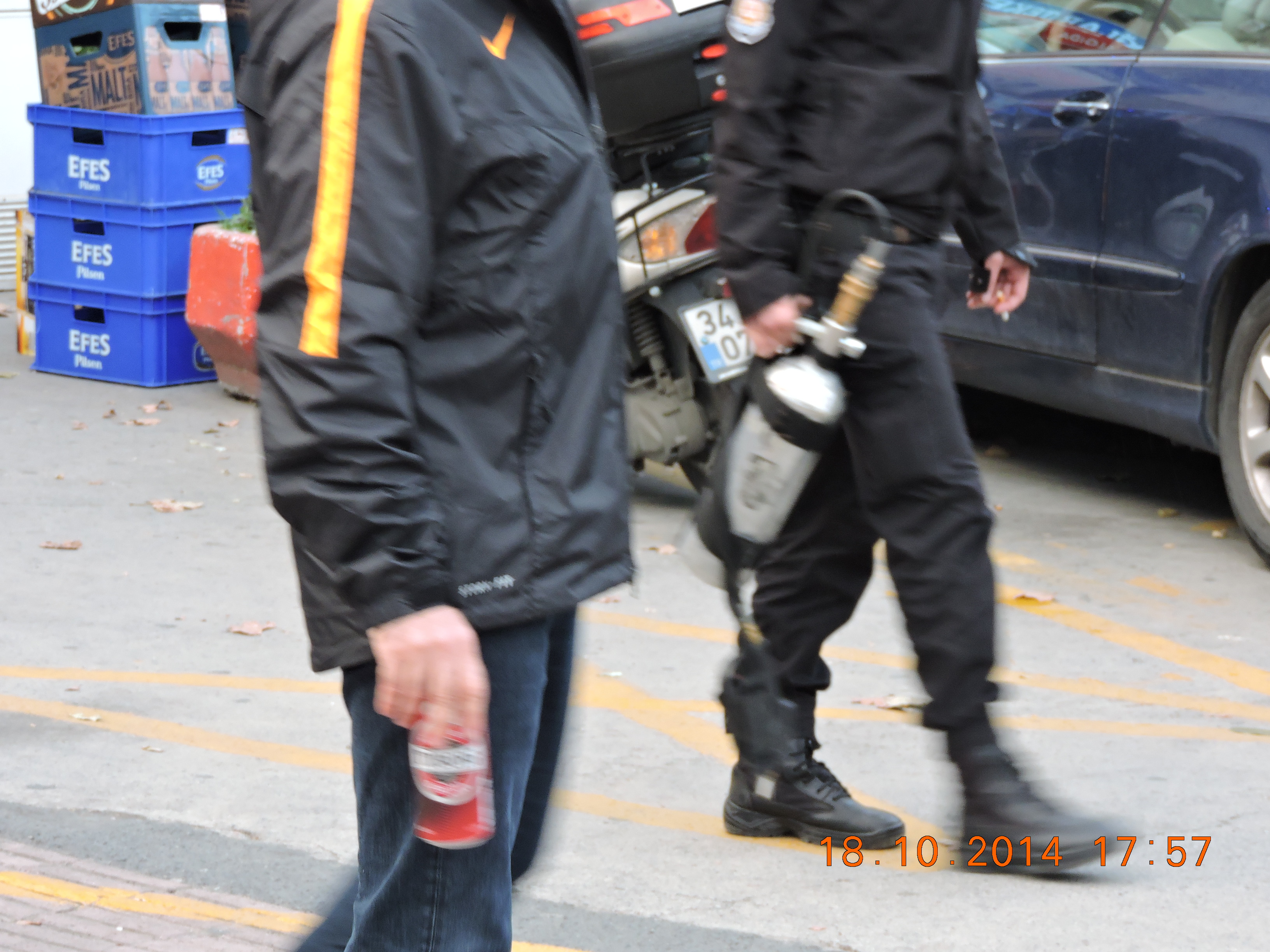 You may also discuss the beer Brand cause the Guys never really got beyond that part as per MO.

posted on Oct, 19 2014 @ 03:18 AM
link
I'm betting the large canister is some sort of pressurized irritant like pepper spray. I can't imagine they would be using anything more lethal than Capsaicin for crowd control, but I live in Canada. We rarely have riots, and when we do, the police use social media to identify the criminal acts.

I still don't understand the people that post criminal acts on the internet, but the police sure like it when you do.

posted on Oct, 19 2014 @ 06:41 AM
link
Well! Have you seen these kids Nerf guns that work when you pump them up? This canister is for the adult version to save the security forces from being seen pumping a device. And it gives them more shots than having to pump every 4 or 5 shots. As for the beer it looks like Jaegermeister.

Looks like a Dr. Pepper to me but I'm American and as far as I know we have no Jäger beer here. (and I'm fairly familiar with our beers)

posted on Oct, 19 2014 @ 01:50 PM
link
a reply to: foxhound2459
I could possibly disagree with you. It may have been taken by a western European agency but the photo in question is probably from eastern Europe. In the background you can clearly see beer crates from Efes brewery. These are based in Turkey and east European countries.

originally posted by: kwakakev
The first thing that came to mind was NO2 or laughing gas, its one way to defuse a situation before things get out of hand.

Yea but it also goes boom!
I am thinking perhaps they just haul out a bale of some green and set it on fire.

Yea but it also goes boom!

What if we dress the person with the canister in a clowns suit. Then they can have one of the flowers with a water pistol in the center to put out any cigarettes first. After the value is open and every is rolling around laughing the clown can either honk his nose to get back up or just tie them up to some helium balloons so they cannot run away.

In all seriousness, blowing people up is not good. Using any type of sedative can have many complex and dangerous health repercussions. If you where serious then you should go talk to an anesthesiologist about the options and limitations.